Isidre Esteve: “We have two 21st places in recent years and we have to break that ceiling” 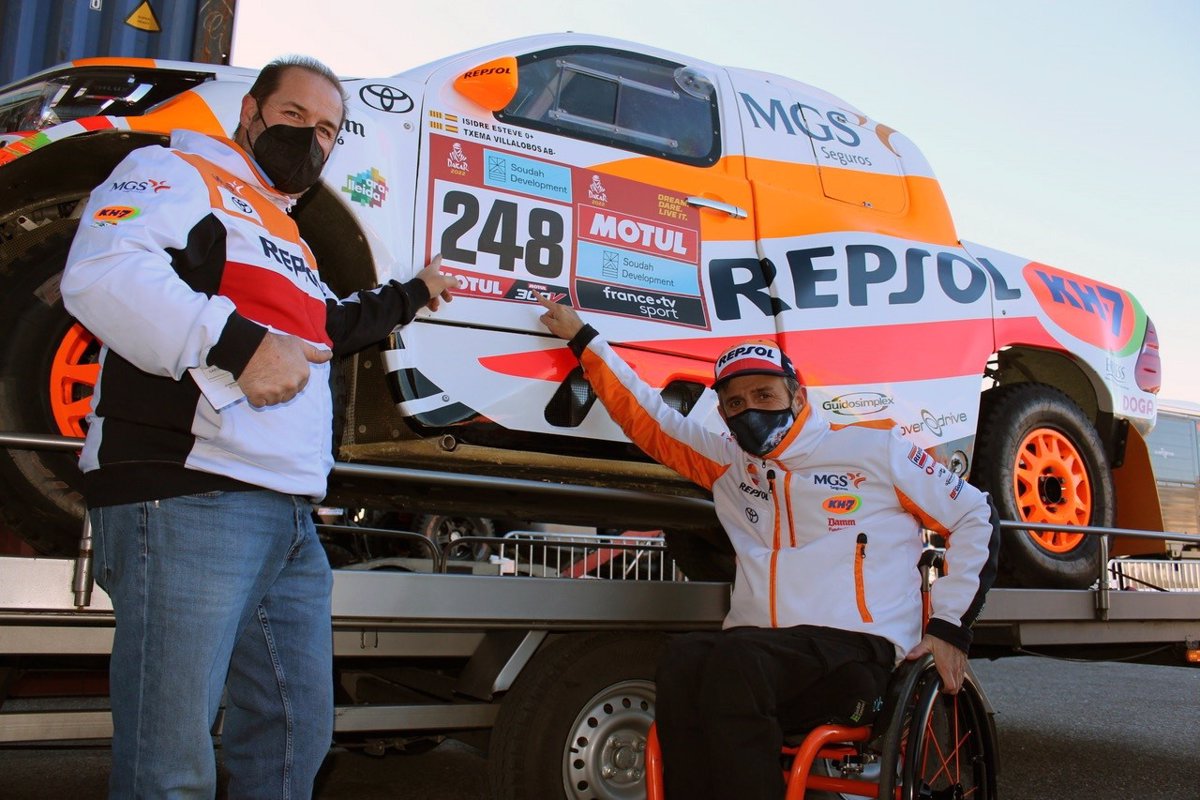 The Spanish rider Isidre Esteve and the rest of the members of the Repsol Rally Team set sail for Saudi Arabia this Monday to compete in the 2022 Dakar Rally, in which finishing in the Top 20 would be “a great result”, in order to “break the ceiling” in recent years with two 21st places.

“We are in an edition with many new features, with a very important regulatory change, where there will be 16-17 cars faster than ours, and another 20 or 30 that, at least, will be as fast as us. To reach the end of the rally between the first 20 would be a great result. Perhaps there are people who say that this implies being far from the podium, but we have had two 21st places in recent years and we have to break this ceiling, “Esteve said in a statement provided by the Repsol Rally Team.

The team embarked on the journey after a few last Christmas days marked by uncertainty due to the new variant of coronavirus. The protocol for Dakar 2022 involves a PCR with a negative result from 72 hours before landing in Jeddah. In addition, the members of the Repsol Rally Team will have to test negative for the second time 24 hours after landing in the Arab country in order to enter the rally bubble.

“Naturally, these days have been very stressful because we know what a positive COVID-19 means for us and how the current situation is with the omicron variant. But we are already at the airport, with the first negative test, and in 24 hours we will do a second test at the Jeddah Olympic Stadium. If that is negative, we will be 100% calm and we will start thinking about the race, “he said before getting on the plane.

The pilot asked “not to lower his guard yet” to avoid getting infected before the test. “Now we get on a plane where we will all be together for four hours and I know people who have been infected without leaving home. We do not know when and how it can happen, so we must take all possible precautions,” he added.

The Repsol Rally Team will be able to recover the vehicle in the port of Jeddah tomorrow, December 28, before the shakedown on the 29th and 30th (10.70 km), which will serve to check that all systems are working perfectly after the crossing. sea ​​of ​​several weeks from the port of Marseille to the coast of the Red Sea. The rally will begin on January 1 with the Prologue stage between Jeddah and Hail and will end on January 14, after another 12 stages.