Belgium beat Portugal 1-0, in the quarterfinals they will face Italy 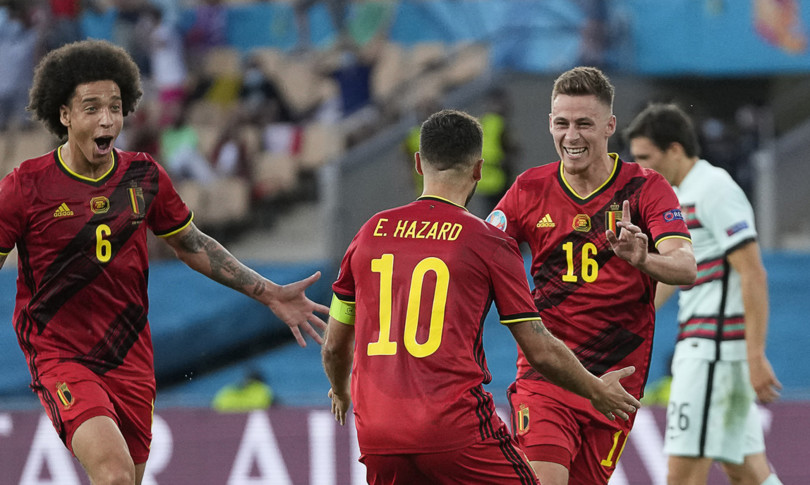 AGI – Belgium will be Italy’s next opponent in the quarter-finals of Euro 2020. The ‘Red Devils’ continue their journey in the tournament by virtue of the 1-0 inflicted on Portugal, decided by a blaze from Thorgan Hazard in the 42nd of the first half. Instead, the adventure of the reigning champion Fernando Santos team ends here, who despite so much pride, so much character and many opportunities created in the final, returns home empty-handed and with a lot of bitterness in his mouth. Therefore, on Friday 2 July, Lukaku and his team mates in Munich will meet Roberto Mancini’s blues.

Mild rhythms and a lot of balance at the start with Belgium holding the ball of the game, even if the first real chance of the match happens to Portugal in the 6 ‘. The initiative is by Renato Sanches who runs away on three quarters and unloads for Jota, imprecise with the left-handed diagonally from a really inviting position. As the minutes go by the inertia of the match changes in favor of the Lusitanians who, after having waited and curbed the initiatives of the ‘red devils’ well, take possession of the ball trying to show off their football. At 25th the red and green are still dangerous, this time with a powerful free kick from Ronaldo carefully rejected by Courtois.

A dozen minutes later Belgium tries to be seen forward too: the exchange between De Bruyne and Meunier is splendid, the Dortmund winger tries the ‘trivela’ at Quaresma and almost frames the mirror of Rui Patricio’s goal. The team of the Spanish Martinez wakes up and in the 42nd he hits with Thorgan Hazard, who leaves from 25 meters an impregnable right winger for the Portuguese goalkeeper. It is the 1-0 Belgian with which we go to the interval.
Portugal need a jolt and, 10 minutes into the second half, Santos put in Joao Felix and Bruno Fernandes to ensure more quality in the Lusitanian offensive maneuver.

At 58th Diogo Jota has an excellent chance for a draw, but in the middle of the penalty area he kicks high, wasting everything. The clock runs and many other dangers do not seem to arrive from the parts of Courtois, Belgium defends with order and concedes very little to Ronaldo and his teammates. In the final, the red-green formation returns to press, which in a few moments touches 1-1 twice, first with Ruben Dias, whose header at a corner is too central, then with Guerreiro very unlucky in catching a sensational post with a right from the edge. With Portugal’s frenzied forcing, prairies open up for the Belgians, never properly exploited to close the match early. Despite so much suffering, however, Martinez’s team defends the goal and snatches the pass for the next round.