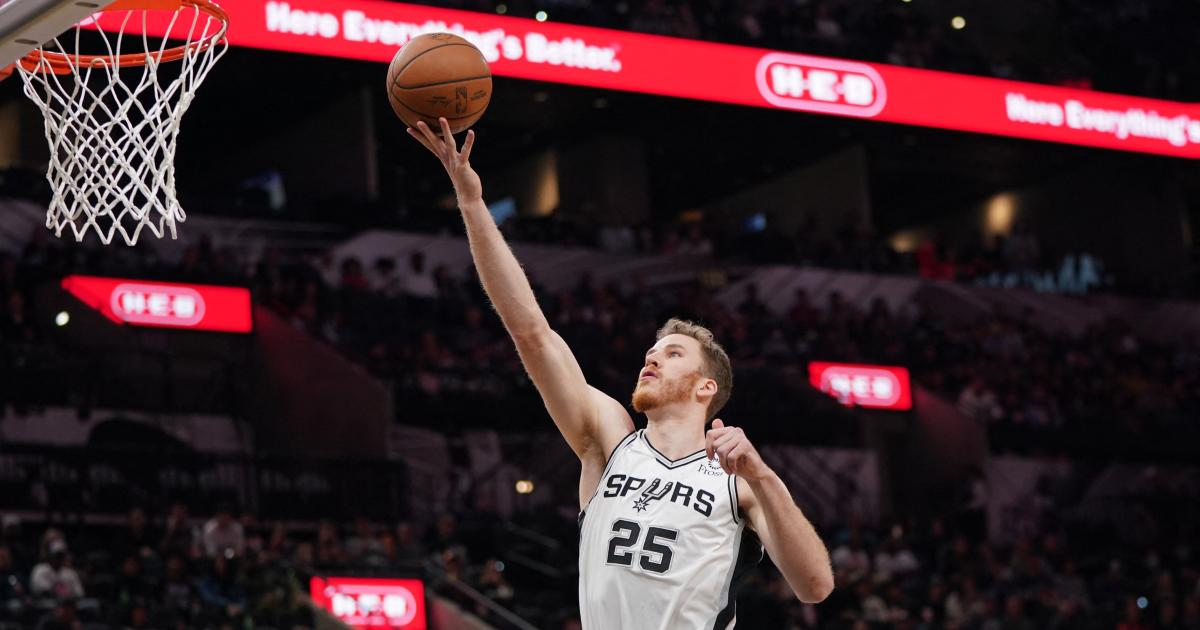 With a 104: 110 against Utah Jazz the series of the San Antonio Spurs of the last three victories in a row in the NBA came to an end.

Jakob Pöltl recorded a double-double for the ninth time in the season with ten points and 13 rebounds. In addition, the center marked five assists and one steal in 27:15 minutes on the floor.

“We weren’t aggressive enough,” said Pöltl after Utah retaliated for the 126: 128 ten days ago in Salt Lake City. The preliminary decision on Monday was made in the second quarter, when the guests pulled away after 35:39 through Pöltl with an 11-0 run.

The Texans will face Miami Heat on Wednesday.