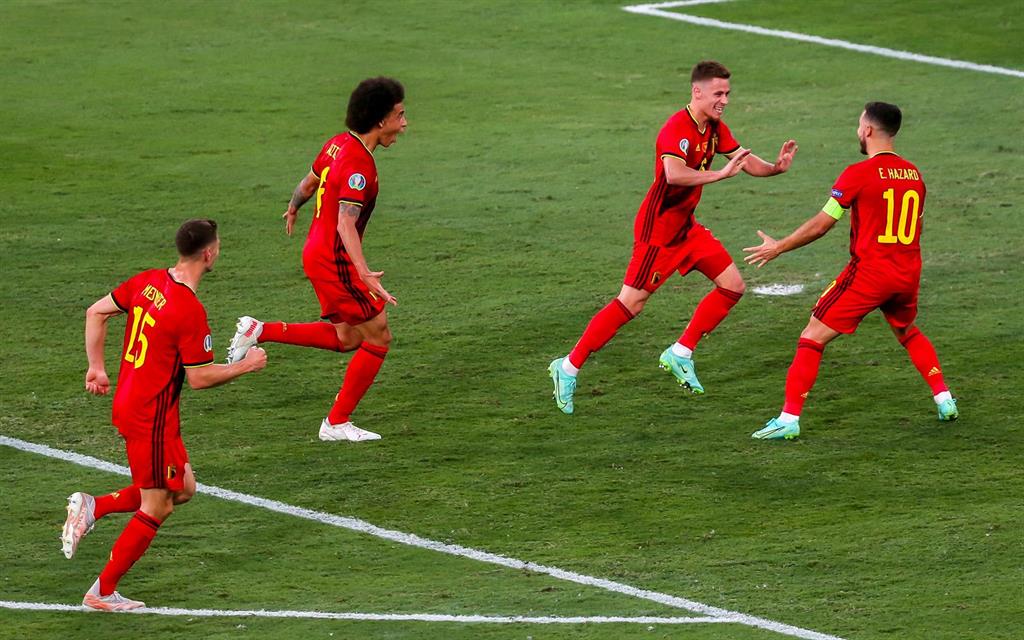 The Belgian team sealed its qualification for the quarterfinals of Euro 2020 by beating Portugal (1-0) this Sunday, a reigning champion who deserved better luck than being knocked down by a solitary goal by Thorgan Hazard in La Cartuja (Seville) .

A shoe from the ‘very brother’, before which Rui Patricio could do more, sent a Belgium to the quarterfinals at the mercy of many minutes of the rival. Eden Hazard led the ‘red devils’, although he ended up asking for the change in the last minutes and Kevin De Bruyne could not continue after the break, and his own noticed.

Portugal thought that the game would be to seek the counter, with Bruno Fernandes on the bench, but it turned out to be the one who sent the Spanish pitch. Roberto Martínez’s men lost prominence as the minutes passed and Portugal, with United’s inside in the second half alongside Joao Félix, had the chances.

Cristiano Ronaldo was not the protagonist or did not know how to be. Those of Fernando Santos missed the efficiency of the record man for the goal, although the Juventus team had the first in a free-kick that Courtois saved. The first half was even, almost disappointing for the poster that brought the game.

Renato Sanchez gave way to the Portuguese and Eden Hazard monopolized the Belgian actions. With sparks, the Portuguese team grew, but on the brink of halftime, Thorgan Hazard surprised Patricio with 0-1. The Hazard who perhaps was not expected to see in the headlines but who undoubtedly has work behind him to earn an indisputable place in the ‘red devils’.

The goal seemed psychological, but it was even more so to lose De Bruyne. Belgium went back, relying on a counter that, it is true, executes perfectly, and Portugal gave entry to Bruno and Félix, but Santos’ men forgave one after another. On a good move by Cristiano, Jota missed the penalty spot.

Courtois began to accumulate contributions of merit while Lukaku finally appeared already at the time of meeting. Belgium could not leave their field and in the final stretch the champion’s harassment increased. Guerreiro had a ball to the post as the clearest and with Ronaldo looking to become the top scorer for teams, Portugal was left at zero.

After being third in the last World Cup, Belgium, number one in the FIFA ranking, takes another step in the Eurocup, without needing its best version, to now meet Italy in the quarterfinals.