John Madden is dead, from the Super Bowl to TV and video games 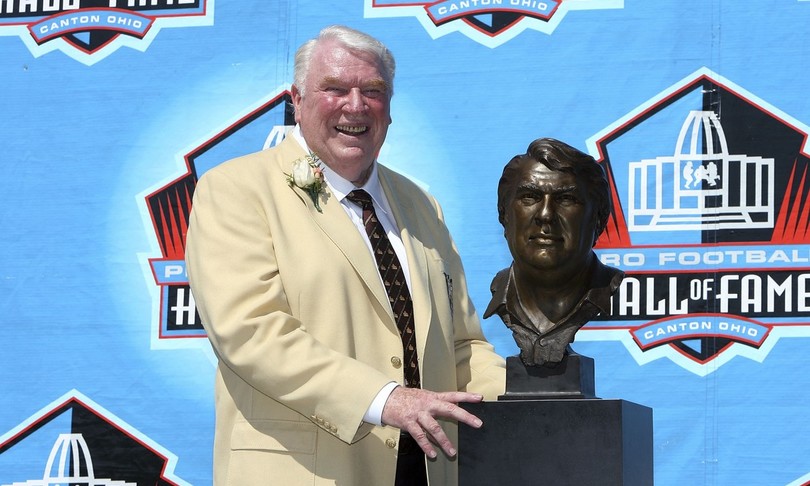 Former NFL manager John Madden, who led the Oakland Raiders to Super Bowl victory in 1976 before embarking on a successful career in broadcasting and pioneering a successful video game franchise, he passed away yesterday at the age of 85.

With her distinctive voice and her popular personality, Madden became a staple of NFL broadcasting during a 30-year career as a commentator which began in 1979 and ended with Super Bowl 43 in February 2009. Madden’s success as a much-loved presenter and, later, involvement as the voice of the hit video game series ‘Madden NFL’, has overshadowed his remarkable achievements as a coach.

“Nobody loved football more than Coach”NFL Commissioner Roger Goodell said in a statement. “He was football”.

News of the death came from the same NFL league that said Madden died “unexpectedly” on Tuesday morning, but did not disclose the cause of death.

“There will never be another John Madden, and we will forever be indebted to him for everything he has done to make football and the NFL what it is today, ”said Goodell again.

Born on April 10, 1936, Madden grew up in California and looked destined for a career in football after playing for his high school. But his hopes for a professional career ended without him playing a single game when he suffered a second serious knee injury during his first professional training camp, after being drafted by the Philadelphia Eagles in 1958.

Following the injury he embarked on a career as a coach. During his post-accident rehab, he spent hours in the movie theater watching games in the company of Eagles quarterback Norm Van Brocklin.

“That’s where I learned professional football,” Madden would say years later. After several years of coaching in college football, he was hired as a lineback manager by Oakland owner Al Davis in 1967.

Two years later, he would become the youngest head coach in NFL history at the time, aged 32 and 10 months.

However, despite Madden having made the Raiders a very strong team, his first seven seasons as head coach were punctuated by defeats – the Raiders lost five AFC Championships in during that time.

The curse was spectacularly dispelled in 1976 when, after a 13-1 regular season, his Raiders led by quarterback Ken “Snake” Stabler won the Super Bowl 32-14 against the Minnesota Vikings. After dispelling the taboo, Madden, just 40, looked ready to win many more championships. But two years later, blaming fatigue and poor health from a stomach ulcer, he walked away from professional sport.

“I gave everything I had and I have nothing left,” explained a tearful Madden in an announcement that shocked the NFL. “I’m retiring from football coaching and have no plans to coach in my life ever again. I’m an Oakland Raider, and I will always be an Oakland Raider.”

It wasn’t long, though, before Madden found a new calling. Hired by CBS as a commentator to make the ‘color’, he proved to be a phenomenon in the TV booth.

Eventually he would work for all four major networks – CBS, Fox, ABC and NBC – at a time where he made more money than any NFL player.

“If this team doesn’t put any points on the scoreboard, I don’t see how they can win” it was to become his business card.

Madden’s signature style made him the logical choice as a figure in the only officially licensed NFL video game, “John Madden Football”, launched in 1988. The game, which would later be known simply as “Madden NFL” and updated annually. , would become one of the best-selling video games of all time – generating billions of dollars in sales – and hugely popular with NFL fans and gamers.