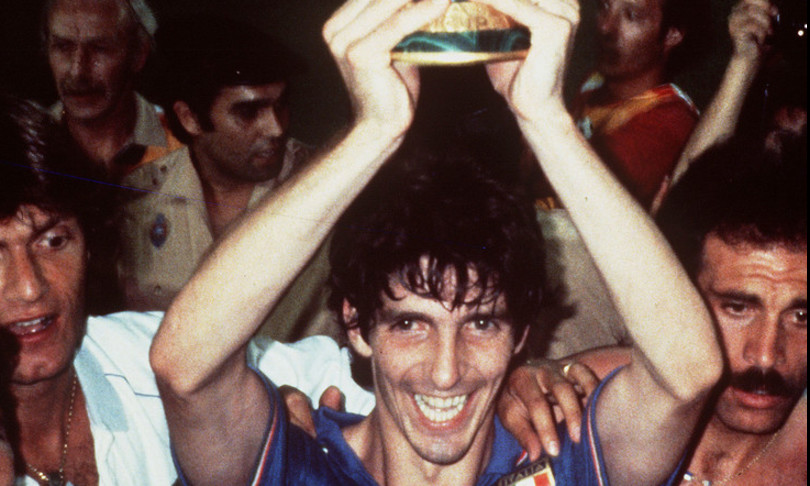 The proposal to name the Olympic stadium in Rome after Paolo Rossi, the unforgettable center forward of Italy at the triumphal Mundial in 1982, for now it does not collect unanimous approval among the fans of the two teams playing in the facility: Roma and Lazio.

The theme is delicate, he is one of the most loved footballers in Italy of recent decades: a gentle champion, bomber between the mid-seventies and eighties with the jerseys of Vicenza and Juventus, sculpted in the collective imagination for his hat-trick against Brazil in the second round of the World Cup in Spain. A great sportsman who passed away in December last year.

So why is the hypothesis perplexing? The most recurring complaint is that the footballing deeds of the center forward took place far from the stadium in Rome.

Today the Chamber approved, with 387 votes in favor, an agenda – the first signatory was the Vicentine deputy of Forza Italia, Pierantonio Zanettin – which commits the government to evaluate the possibility of registering the plant in Pablito, given his great contribution to the successes of the national team.

The widow of the blue striker, Federica Cappelletti, said she was moved: “It is news that makes me happy, I thank the honorable Zanettin and also the undersecretary Valentina Vezzali for their efforts, I really hope that a path will begin that will eventually lead to the naming of the stadium in Rome after Paolo”.

The Olimpico is owned by Sport e Salute, a Mef subsidiary company, it was built to host the 1960 Games and rebuilt on the occasion of the 1990 World Cup. It is the theater of the exploits of Rome and Lazio, which for years have been planning to build their own systems without getting to start their projects yet.

It is the stadium of the Italian Cup final, of the Six Nations Rugby matches, of great concerts, of the Golden Gala of Athletics. But it is not the plant by election of the national football team, as is the case for England at Wembley, for example. So on social media polls and discussions on why to name a sports facility symbol of the Olympics, the Giallorossi or the Biancocelesti, after a footballer who has built his glory elsewhere.

“Paolo Rossi is a patrimony of the national team, it is not used to divide, especially in Rome, the motion is likely to be a boomerang. The Olimpico has little to do with Rossi’s footballing and human history, a great player that we all cheered on with the blue shirt “, explains Paolo Cento, left-wing environmentalist, president of the Roma Club Montecitorio, former undersecretary for the economy.

“It seems to me more appropriate to think of naming him – he continues – a facility for use only by the national team or the teams of the cities where he played“.

Even the Capitoline councilor of the Left Civic Ecologist, Alessandro Luparelli, Romanist, comments: “The agenda approved by the Chamber to name the Olympic Stadium after Paolo Rossi leaves us perplexed. Rossi is a champion that we all carry in our hearts and who deserves to be honored, but we believe it more appropriate that his name be associated with sports facilities where he has given his best, such as that of Turin or Vicenza “.

While Paolo Trancassini of Fdi, who leads the Lazio Club of the Chamber underlines: “Zanettin did well to put the theme, Paolo Rossi was a great footballer, a very elegant person. It is right to celebrate his figure, on the Olympic speech it is a very delicate issue, we must not be divided. We all agree to dedicate a stadium, a system to it, but careful evaluations are needed to avoid creating curves. I hope that all those who deal with this affair are very serene. The theme is there, let’s think for a moment about which system is the right one “.

Stefano Rosso, one of the voices of the youth protest of the seventies, sang: “But big problems on Sunday, Giordano scores, Paolo Rossi scores”. The hope is that, in Italy grappling with the stranglehold of the fourth wave of Covid, even a commemorative choice will not become a problem.