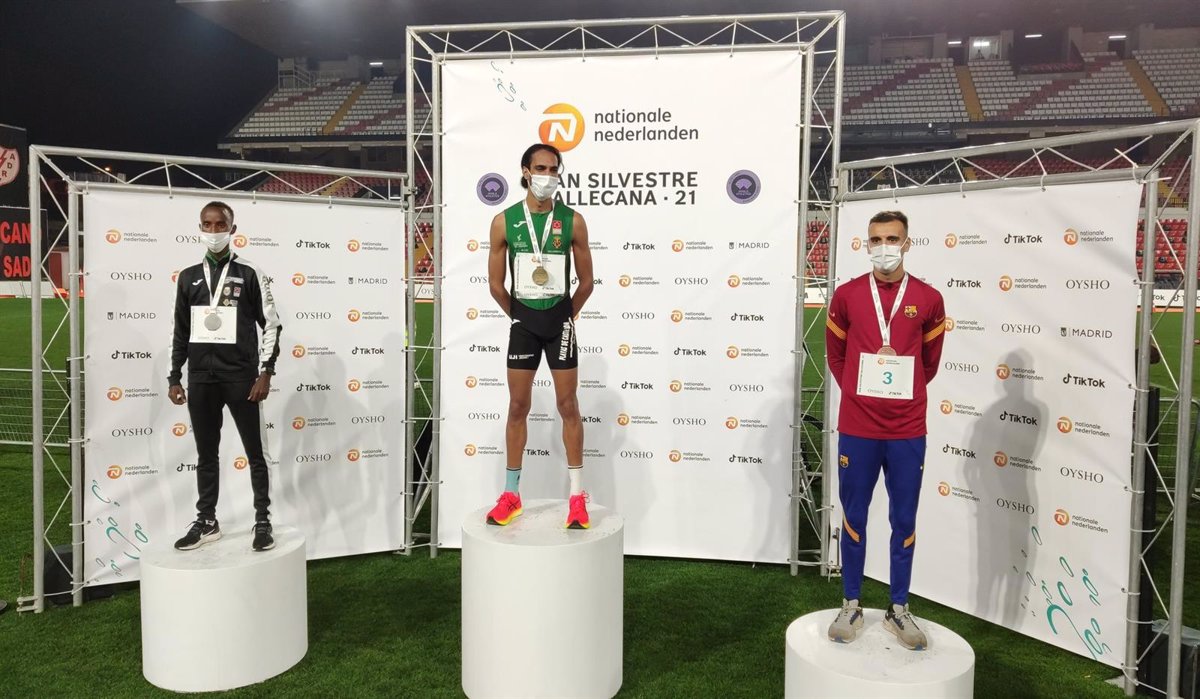 The Spanish athlete Mohamed Katir closed his brilliant year 2021 this Friday with the victory in the traditional San Silvestre Vallecana, the first national in 18 years, while in the women’s event the winner was the Ethiopian Degitu Azimeraw.

The long-distance runner from Playas de Castellón put the best possible finishing touch on a season where he has shown a high level, beating the Spanish records of 1,500, 3,000 and 5,000 meters. Designated as one of the aspirants, the athlete of Moroccan origin and raised since he was a child in Mula (Murcia) was unstoppable for the Burundian Rodrigue Kwizera in the final kilometers in the steep streets of the Vallecas neighborhood and became the first Spanish winner since Chema Martínez did it in 2003.

After an edition that forced the route to be modified, the Madrid test recovered its usual route and the public turned to the streets to say goodbye to the year together with the wide list of national and international athletes who choose Madrid to say goodbye to 2021.

The men’s race was highly contested from the starting gun and it was not decided until practically the arrival at Puente de Vallecas. At the beginning, Yago Rojo and Dani Mateo set a strong pace to distance themselves until they were joined by fellow escapees as they passed through the third kilometer.

A group of ten athletes, with all the favorites except for the Ugandan Abel Sikowo, positive for the last minute of coronavirus as the great favorite in women, the Kenyan Hellen Obiri, fought since then for glory at the Vallecas Stadium, but little little by little only the strongest were left.

And the two most resistant were Katir and Kwizera, who were always running in front. The Spaniard accelerated at kilometer seven and only his clubmate and great dominator of the national cross-country season could respond because Kazakh Shadrak Koech and Spaniard Nassim Hassaous tried unsuccessfully.

Katir tackled the valleys slopes pulling at a good pace and finally ended up taking down Kwizera to line up unopposed the entrance to the Rayo Vallecano fiefdom and win with a great record, 27:45, the best Spanish mark in the race, surpassing 27: 56 of Tonia Abadía. The Muleño, the Aragonese and Juan Carlos de la Ossa (27:58) are already the only nationals to drop 28 minutes. The Burundian (27:55) and Hassous (28:05) completed the podium.

For its part, the women’s race was marked by the absence of Obiri, which practically disappeared the possibility that the record of his compatriot Brigid Kosgei was lowered, with 29:54. Thus, all eyes were on Degitu Azimeraw and Haven Hailu from Ethiopia and Lornah Salpeter from Israel.

Azimeraw, runner-up in this year’s London Marathon, set a strong pace from the start and encountered little opposition from the rest of her rivals to cross the finish line alone with a good time of 30:26. Kenyan Edinah Jebitok (30:44) and Salpeter (31:14) escorted her.

On the other hand, in the Popular Race there were two new records in the male and female category thanks to David Bascuñana, who scored a spectacular 29:13, and Claudia Gómez, who won with a sensational 34:10. Jaouad El Bissis (29:18) and Agustín Escriche (30:30), and Cristina Giurcanu (35:16) and Lorena Lorenzo (35:54) escorted them respectively on the podium.