The ATP Cup of tennis is about to start in Australia. Italy among the favorites 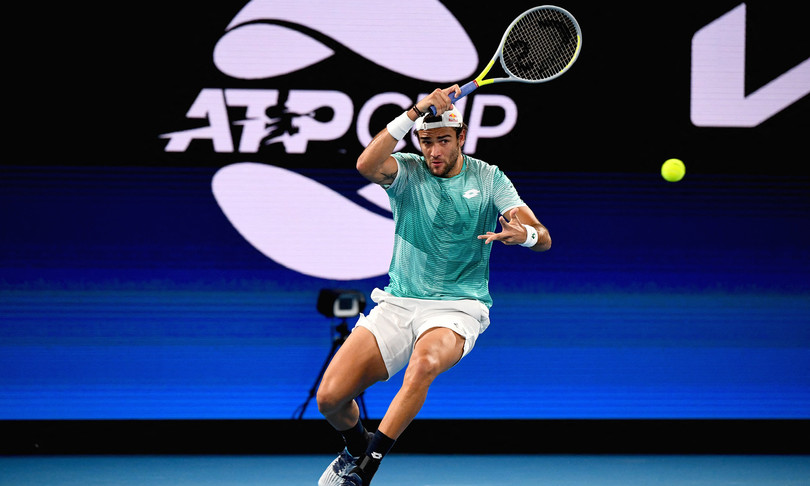 2022 of tennis opens with the third edition of the ATP Cup scheduled from today to January 9 in Australia. Italy, after the defeat in the final against Russia in 2021, presents itself at the starting line with renewed ambitions for victory, with the aim of redeeming the bitter defeat in the quarter-finals of the Davis Cup that took place last December in Turin .

The competition formula is very simple: 16 participants divided into 4 Italian-style groups made up of 4 national teams each. After the 3 games in the group, whoever is classified in first place gets to the semifinals, the only pass for the final and the victory of the trophy.

The Azzurri captained by Vincenzo Santopadre will take the field on Sydney’s hard court against Russia, France and the hosts of Australia, the first opponents on their debut, on January 2nd. The transalpines replaced Austria which withdrew after Thiem and Novak’s forfeit.

Each match is divided into two singles, in which the number one and number two of the expedition are deployed, and a double. Italy presents itself in a typical formation, or with its two top ten in the world ranking, Matteo Berrettini and Jannik Sinner, plus Simone Bolelli and Fabio Fognini ready to play double (but here remains the possibility of seeing different pairs with the use of Sinner or Berrettini). Complete the team Lorenzo Sonego, ready to take over in case of problems, injuries or fatigue. Each match will be played at the best of three sets.

Australia, led by Hewitt, is betting on De Minaur, Duckworth, Purcell, Peers e Saville; France, a game scheduled for the night between 3 and 4 January, relies instead on Humbert, Arthur Rinderknech, Edouard Roger-Vasselin e Fabrice Martin. Finally, Russia, the last round of the first phase on January 6, without Rublev, Karatsev and Kachanov, has only three players: Medvedev, Safiullin e Karlovskiy.

Among the favorite national teams on the eve, we cannot fail to mention the Germany of Zverev and Struff, the Spain of Carreno Busta and Bautista Agut, the Great Britain of Norrie and Evans, the USA of Isner and Fritz and the Canada of Auger-Aliassime and Shapovalov. . As an Outsider, on the other hand, keep an eye on Argentina, Norway and Poland led by Schwartzman, Ruud and Hurkacz respectively.

The competition, whose prize pool amounts to approximately 14 million dollars, is also important for the ATP ranking since up to a maximum of 750 points in singles and 250 in doubles will be awarded.