Italtennis goes out against Australia, the semifinal of the Atp Cup furthest away 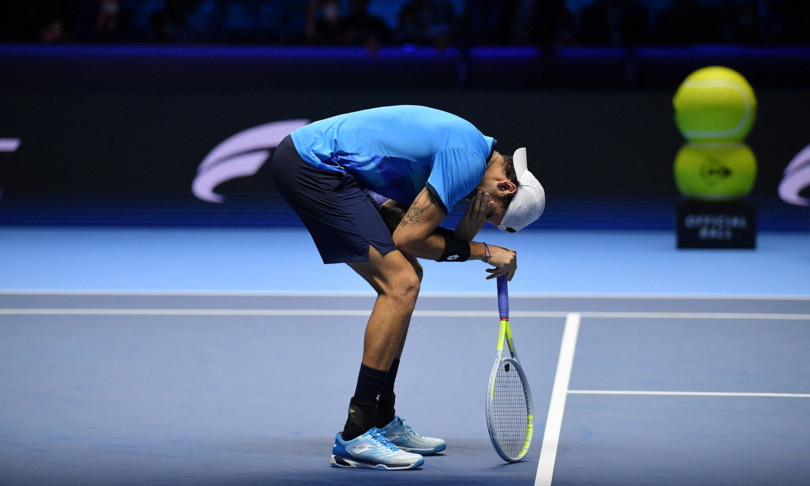 The defeat that you do not expect, that of Italy of tennis in the debut match in the Atp Cup against the hostess Australia. Matteo Berrettini disappointed expectations, coming out defeated in the match that saw him opposed to the number one of the ‘kangaroos’, Alex De Minaur (63/76 the score), in the second singles scheduled in Sydney. The Roman appeared not in the best physical and therefore mental condition, and the ranking was worth nothing (he number 8 in the world, De Minaur number 34): the little Australian played better for the important points, dragged and supported by an unleashed captain Hewitt.

Berrettini who did not know how to do better in the decisive double, an hour later. Deployed by captain Vincenzo Santopadre (who is also his personal coach) alongside Simone Bolelli, the Roman tennis player was unable to score as he would have liked with the forehand in return and serve, making himself break in the first set and failing to take advantage of an opportunity. counter-break in the sixth game. Also thanks to the two Australian tennis players Peers and Saville, a proven pair among the most solid on the circuit, able to always keep the serve in the first set and to contain the return of the Azzurri in the second: 63/75 the final score of a match that did not never had real history.

The surprising choice of Santopadre to send in the field Berettini as soon as he was defeated in singles did not pay, also in the double in place of Fabio Fognini, who with Bolelli constitutes an ancient formation and capable of winning the Australian Open in 2015. In the first singles Jannick Sinner seemed to be in great condition: the South Tyrolean won against Max Purcell in two sets, with a score of 6-1 6-3. Sinner won the match by dominating on serve and in return and leaving no chance for the 23-year-old from Sydney.

Now for Italy the path in the Atp Cup becomes more complicated. In the 4 rounds of the competition, the team that wins their round passes to the semifinals. And in that of the blues also Russia and France play, who faced each other in the first match won by the Russians of Daniil Medvedev, despite being defeated by Humbert in the third set.

Now the Azzurri will have to face Humbert and Rinderknech’s France on Tuesday night and are forced to win. Calculations prohibited: Italy must beat the French 3-0 if possible and then repeat themselves in the last match that will see them opposed to the Russians. Australia, in theory, had to be the ‘simplest’ team, although they played at home.

It was Lleyton Hewitt, captain and already world number one, who defined Italy as the favorite team in this Atp Cup during yesterday’s press conference. Now, however, the Australians believe in it and will try to win the semi-final in front of their audience.

The blue team will now have one day to recover physical and mental condition. Santopadre will certainly field Berrettini in the match against Humbert, who appeared today in great condition, but what will he do in the double? He will either rely on Bolelli-Fognini or play the Sinner card who in Davis next to the Ligurian gave an excellent performance at the end of November in Davis, despite the defeat. It is difficult to imagine finding the Bolelli-Berrettini couple. In the team there is also Lorenzo Sonego, an excellent double player.