Tennis: Atp Cup, Italy forced to beat France to stay in the running 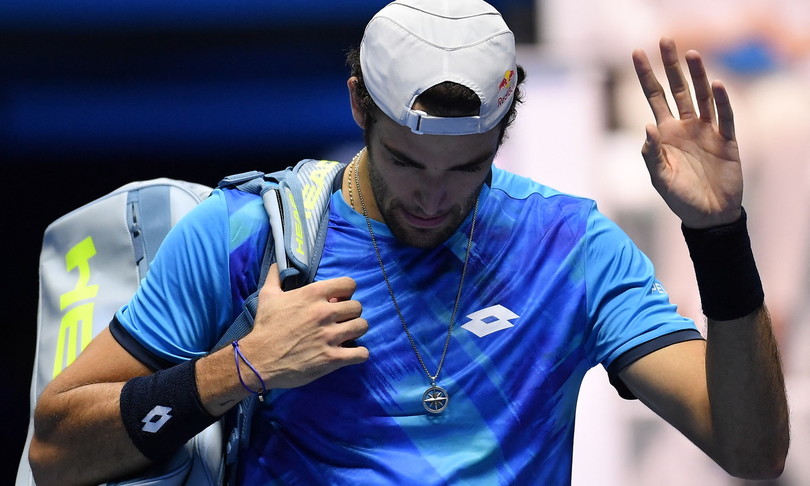 Winning and hoping for someone else’s favor. The Italtennis of Berrettini and Sinner returns to the field tonight to face France on the second day of the ATP Cup, an event for nations that opens the season, but already finds itself with its back to the wall. After the debut defeat against the hosts of Australia, in fact, the blue expedition can no longer commit any false step. To win group B, the only option to qualify for the semifinals, it will be necessary to overtake the French and the Russians and hope that at least one of these two teams will inflict a defeat on the kangaroos led by the former world number, Lleyton Hewitt.

The pressure, therefore, is all on the shoulders of Vincenzo Santopadre, technical guide of the Italian national team at the ATP Cup, and of Matteo Berrettini, number 7 in the world. The two are universally recognized as responsible for the defeat against the Australians. The Roman tennis player lost first the singles against de Minaur and then the double, paired with Bolelli against Saville and Peers, who decreed the final 1-2 of the match, opened by Sinner’s useless victory over Purcell. Two games, four sets lost, none won. Skinny, skinny booty.

On social media, on forums, in discussions between fans and fans, there is only one question that still struggles to find an answer: “Why did Santopadre field Matteo Berrettini in the double?”. The daisy in the hands of the blue coach, net of injuries and delays in condition not reached the ears of the reporters, was full of petals: the couples Bolelli-Fognini, winners of a Slam tournament in 2015, and Fognini-Sinner, recently lined up in the Davis Cup in Turin with good signals, they offered and offer guarantees to the blue coach, even in the match against France. What will Santopadre do then? Will you still insist with Berrettini, of which you are the coach?

The hope is that this time the match can be closed well before the doubles match. France was called to play in Australia only as a replacement, first choice to take the place of Austria, whose forfeit came a few days from the start due to the unavailability of Thiem and Novak. At the debut, however, the cockerels lost to the Russians by selling their skin dearly and showing that they did not want to play the role of the extra, despite the absences of players of the caliber of Monfils, Paire, Tsonga, Gasquet or Moutet. Underestimating them would be deadly.

If the challenge between Sinner and Arthur Rinderknech, number 58 in the world and with few weapons available to counter the South Tyrolean, does not frighten much, the one between Berrettini and Humbert arouses more than one concern. On paper there would be no match but given the performances of the last few days, doubt is legitimate. Humbert, 23, world number 35, is a player on the rise.

At the ATP Cup he surprisingly beat world number two, Daniil Medvedev, in a three-set battle. He has appeared in great shape, mental and physical, and will certainly try to get another excellent scalp. In his young career, he has also won three tournaments, Auckland, Antwerp and Halle, all in the last two years, proving to be very well on fast siphons. To overcome it, in short, it will take a different Berrettini from the one who took the field against de Minaur. The same example that, in the only precedent between the two, dating back to the Us Open of 2020, imposed itself in three sets, albeit fought (6-4 6-4 7-6).

In the event of a tie in singles matches, however, it will be necessary to adopt a winning strategy for doubles. It is true that the French cannot count on the hyper-winning couple Mahut-Herbert (five Grand Slam titles) but they field the duo made up of Roger-Vasselin and Martin, real specialists, able to put anyone in difficulty. The former won Roland Garros paired with Benneteau in 2014, while the latter, again on Parisian clay, played a final paired with Chardy. This time, finally, it will be necessary to field the best couple that Italy can field. To understand what the ball is, he moves again in the hands of Santopadre hoping that his choice is right. At the ATP Italy no longer has time for experimentation, all they need to do is win.