The Djokovic case shakes the Australian Open, is yellow on the sanitary section 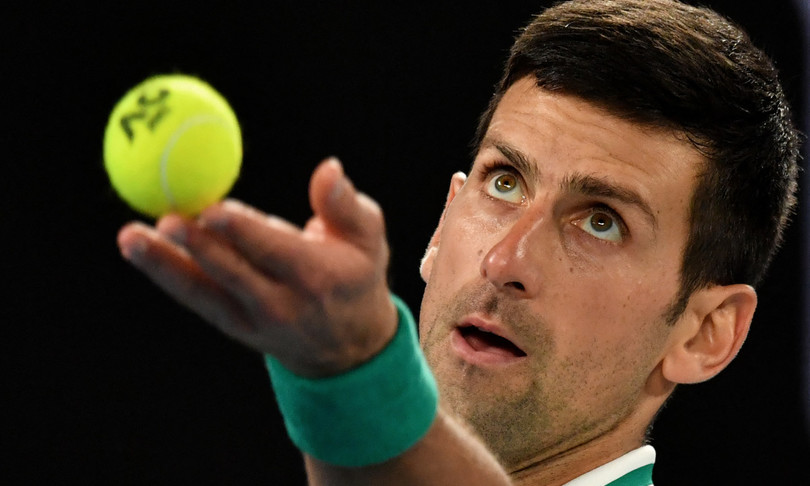 Novak Djokovic, world number one in tennis, will be able to play the Australian Open, first test of the Grand Slam of the year, even if he is not vaccinated against Covid: 17 January he will take the field in Melbourne to try to win his tenth title in Australia.

All thanks to an exemption obtained by the tournament management, an exemption that has triggered the reaction of the media all over the world, of many players forced to get vaccinated in order to play this and many other tournaments, of fans and professionals who must demonstrate that they are up to date with vaccinations in order to set foot in the Country and in the stadium.

Why was Novak Djokovic, together with Roger Federer and Rafa Nadal, the most successful tennis player in history, able to get this clearance without being vaccinated? Did the tournament management and the Australian tennis federation make an exception in order to have the king of tennis on the court?

The Serbian is part of a “handful” of players and people of the support staff of the players who have obtained a vaccine exemption that allows them to enter the country, according to what was stated by the head of the Australian Open, Craig Tiley, who today spoke in defense of his choice. But the precise medical reason the vaccine skeptical player got the exemption has not been disclosed.

“In this case an exemption was granted for reasons that are personal medical information, which we don’t get, “Tiley told Australian television Channel Nineì. A total of 26 tennis players and support staff have applied for the exemption, Tiley said, few have, and Djoko is among them.

Their applications were reviewed by two commissions in a system set up in agreement with the Victorian state government, with the identities of the players hidden from the medical commissions.

A first group of doctors decided whether the applications met the Government’s Australian Immunization Technical Advisory Group (AT) exemption guide. If they passed this first step, they were then reviewed by a second group of government-appointed medical experts. “It is up to each applicant to disclose what these reasons were”, for which the exemption was sought, explained the director. And if a player decides not to disclose the reason, no one can force him to do so.

The AFP was able to verify the reasons indicated by the AT to allow for a temporary exemption from the Covid-19 vaccine requirements in Australia:

Tiley strongly reiterated that Nole did not receive any special treatment. “So there was no special favor, there was no special opportunity granted to Novak,” he added. Tiley even argued that the rules were actually stricter for tennis players than for other people. “For tennis players, it was a process beyond what anyone arriving in Australia would have experienced,” he said.

“We had a panel of experts, who through a ‘blind’ review (each file was evaluated with the anonymity of the applicant, ed) evaluated any application and then granted exemptions if it was appropriate”.

Djokovic’s exemption will be held over the next few days and it is likely that – unless clarified by the player himself – his special condition will affect the player’s support during matches.

Is it possible to imagine then that Djokovic decides to speak clearly before the debut? Those who know him do not even take this hypothesis into consideration. Nole is firm on his positions and ready to endure any complaints from the public during the matches. A tournament within a tournament, which started two weeks early.