From Gore to Federer, Wimbledon has a 144-year history 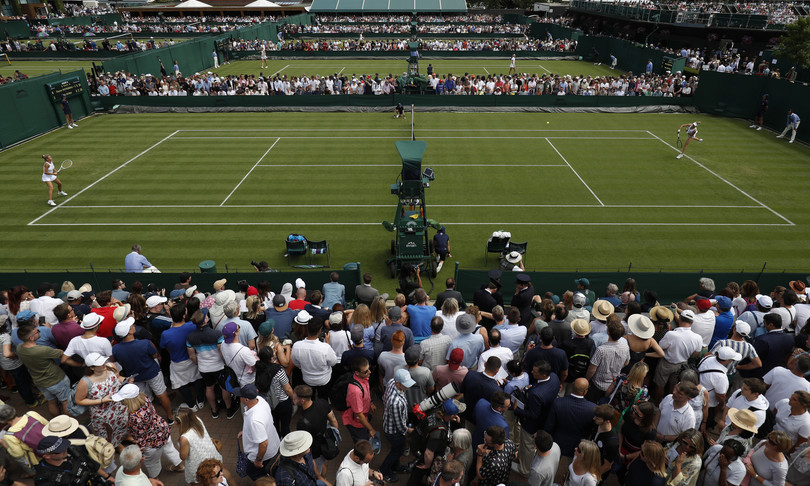 AGI – All the tennis stars have passed from the grass of Wimbledon and then became true legends. Wimbledon, a suburb of London, is world famous for its tennis tournament, the oldest, the most prestigious of all with a history of 144 years. Nothing is superior to the ‘temple’ of Wimbledon which last year was forced to give way to the deadly Covid-19 pandemic.

Following the claim ‘Wimbledon is back!’, Today thousands of racket sports fans waited in the pouring rain for the opening of the ‘gates’, the gates of the facility. Bad weather forced the start of most of the matches to be postponed and others to be played under cover.

Talking about Wimbledon means telling tales of great tennis players, of life stories, of eras, of single encounters that have sometimes become real marathons.. Well, one of these was the final two years ago, a match between two tennis titans, the Swiss Roger Federer and the Serbian Novak Djokovic. After 4 hours and 57 minutes it was the player from Belgrade who prevented the Rossocrociato from bringing the successes on the grass of Wimbledon to 9, remaining at 8.

Remaining at the chapter of marathon matches, we should not forget what happened between 22 and 24 June 2010. First round, challenge between the American John Isner and the Frenchman Nicolas Mahut. The match is suspended for darkness at 2 to 2 and then resumed the next day at 14 but it is always the darkness that forces the referees to send the athletes to the locker room. On the 24th the epilogue with Isner who wins 70 to 68 in the fifth set after 11 hours and five minutes.

The origins of the Wimbledon tournament date back to 1877 when the British Spencer Gore, cricketer and inventor of the volleyball, won in front of only 200 spectators. Between the first and second world wars the tournament increased in popularity. The twenty-year period 1952-1972 marked the domination of Australian tennis players from Frank Sedgman to Rod Laver (winner of four editions). The Aussies were followed by the Americans, Stan Smith, Jimmy Connors and Arthur Ashe. The end of the 70s was marked by the domination of the Swedish Bjoern Borg, capable of winning five consecutive editions (1976-1980), a record equaled only by Roger Federer (2003-2007). Epic, spectacular and unforgettable the 80’s final won by the Scandinavian over John McEnroe.

In 1978 began the long streak of successes – in total 9 – of Martina Navratilova, first Bohemian and then American. In 1985, the young Boris Becker gave a smile to West Germany, who at 17 years and 227 days won Wimbledon by beating Kevin Curren.

Always German the protagonist of the women’s movement: in 1988 Steffi Graf won her first of seven Wimbledon tournaments. The 90s were also characterized by the rivalry between Andrè Agassi and Pete Sampras. In 2003 Federer’s first high pitch which dominated on the Wimbledon fields until 2007. Extraordinary, exciting and with high technical contents the 2008 final when Federer was forced to give 9 to 7 to Spaniard Rafa Nadal.

From 2011 to today the great protagonists of the finals have been Djokovic (5 times winner and once second), Federer and Andy Murray. In the women’s field since 2000 they have seen great protagonists Serena and Venus Williams. The two American sisters met four times in the final, three times Serena ‘The Queen’ won.