Carlo Ancelotti: “We played the game we had to do” 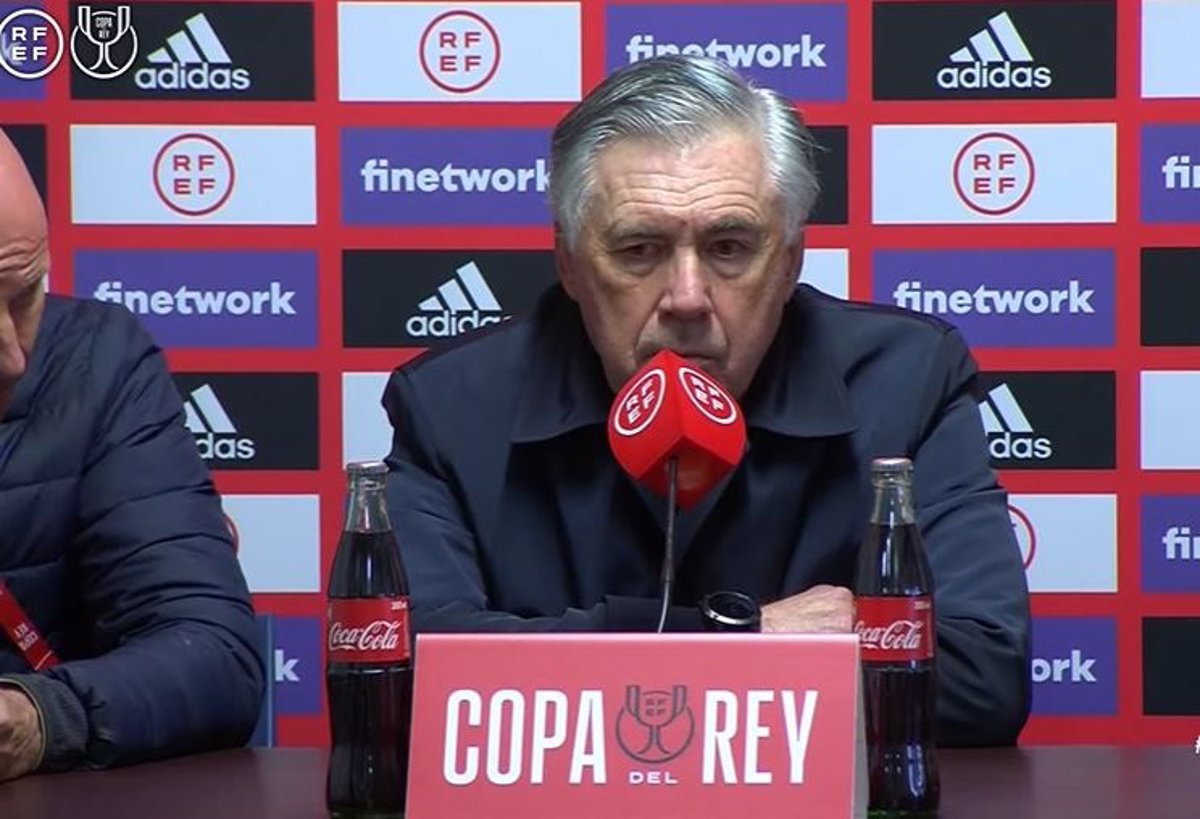 Real Madrid coach Carlo Ancelotti was proud of qualifying for the round of 16 after beating Alcoyano 1-3 and assured that they did “the game” that they had “to do” because “it was not a night for the players quality”.

“I think we have played a game different from what we usually do. It could not be played for many reasons, we have prepared a match in aerial duels, in set pieces, in long ball, and we have scored in set pieces, we have fought and we have made the game that we had to do “, analyzed the Italian.

Asked if he saw the tie in danger, he said “of course he did.” “They have matched the game in a very good individual action, of quality and afterwards we have not lost our minds, we have continued to play the same game. As I said, you could not play another type of game. This was the game we had to do , that we have prepared and that we have won it, “he said.

“Are you still on vacation? No, absolutely not. The vacation ended after the Getafe game. Today, I repeat, we have delivered. Quality is not for this type of game. Putting quality in this type of game is not possible. We have shown the face of a team that usually plays with quality and that today has put quality aside and has fought. If you don’t fight here, you lose like last year, “added Reggiolo’s.

Regarding Lunin, who made his debut this season, Ancelotti said that “he played his game and he was very good under the sticks, for sure”. “He has also had some mistakes with his foot, but I like the goalkeeper who stops at the sticks. With his feet we can fix it. He can improve it by playing more, this is normal, in each game we will see. The Copa del Rey will not It is owned by Lunin, not all the games in the League are owned by Courtois, “he said.

On Hazard he stressed that “quality players have suffered more than the others tonight.” “He has tried as ‘9’ and I am also very happy for Isco, who has scored in that position. The whole team has fulfilled his characteristics, really, Rodrygo, Hazard, they have suffered more because they have more quality,” he said. .

“I hope that soon we will see that Hazard with confidence. He has to have more confidence in that one on one because he has the quality to do it in dribbling, in shooting and little by little I think he will return. The important thing is that he continues to hold on and his physical conditions are already much better. I hope he can return to his best level soon, “he added about the Belgian international.

Finally, when asked about Mariano, the Merengue coach confirmed that the change was due to injury. “He had an injury, I think it was in the right thigh, we have to evaluate it in the next few days. Unfortunately in this period it can happen, it is a complicated period, we have played very late and it can happen,” he concluded.