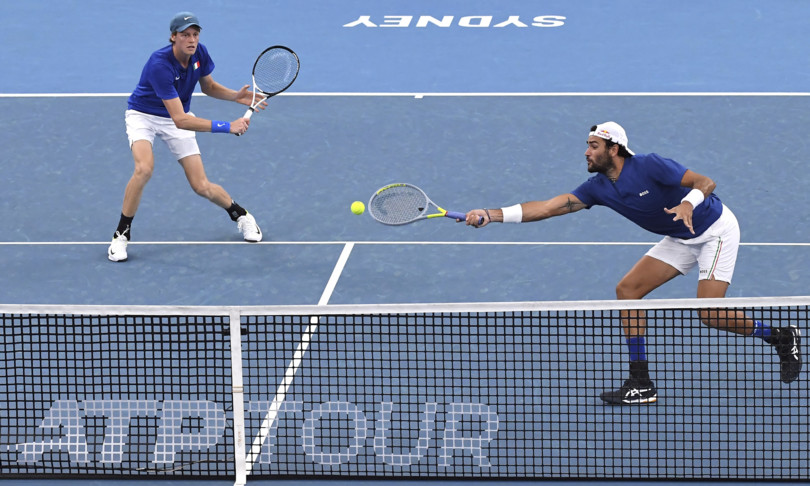 Rome, Jan. 6 – Italy loses 2-1 to Russia and is eliminated in the ATP Cup tennis, an event between national teams that opens the world season. Once again, the double that saw the Medvedev-Safiullin duo prevail, at the super tie-break, over the blue duo formed by Jannik Sinner and Matteo Berrettini.

The first two matches ended with a victory for the South Tyrolean tennis player over Safiullin and a defeat for the Roman player against Medvedev. A “tie” that had shifted attention to the double in which the Russians won with the score of 5-7 6-4 10-5.

A very long battle, with no holds barred, between Italy and Russia for access to the final phase of the ATP Cup. The first blue acute. Jannik Sinner, perfect in singles throughout the entire event, completes the three consecutive victories in as many matches (no sets lost), winning 7-6 6-3 against Safiullin, number 167 of the world.

The Russians, to remain clinging to the match, rely on their most precious and devastating piece, Daniil Medvedev, number two in the world. After an endless marathon Matteo Berrettini gives in with honor to his strong rival with the score of 6-2, 6-7, 6-4. For Italy everything has to be redone. Once again it is double that, as against Australia, is destined to condemn the national team led by Vincenzo Santopadre.

The match begins between fatigue and the desire to win. No change opted for the benches and no rest for the four protagonists of the singles matches. On one side of the network there are Sinner and Berrettini, on the other Medvedev and Safiullin, still unbeaten in the pair challenges at the ATP Cup.

And the script of this tennis movie, for the first two sets, doesn’t change. First fraction of the game to the blues (7-5), second to the Russians (6-4), with the regret of an initial advantage vanished in the bud. Still equality, still everything in the balance.

In tennis, however, a draw is not allowed. So we go to the super tie-break where, between mistakes and a bit of luck, it is the Russian couple who win, imposing a better understanding and cohesion at a distance (10-5). Medvedev and Safiullin win the match, challenge and qualification for the semifinals reaching Spain and Poland. The last ticket is played by Great Britain and Canada.

Italy returns home becoming even more aware that two great singles players, both top ten, are not enough. You will need to build a reliable and effective doubles pair to be able to triumph.