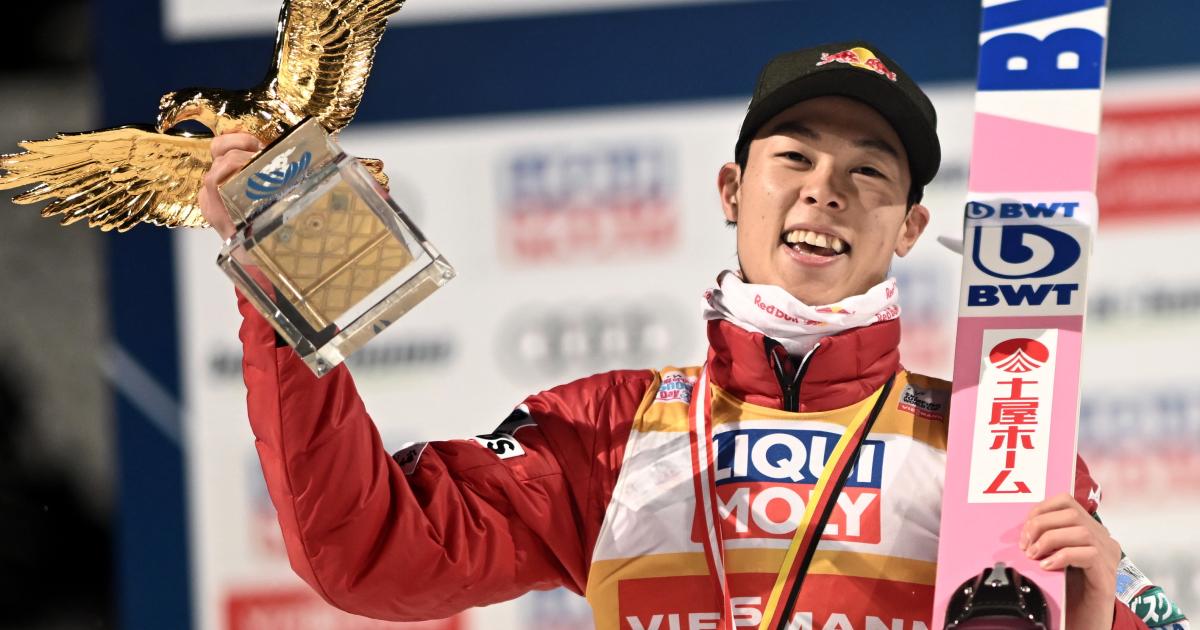 The Japanese Ryoyo Kobayashi not only won trophies at the 70th Four Hills Tournament. Naturally, the 25-year-old also benefited most from the fivefold increase in the prize money, although he did not quite reach the maximum possible amount. Kobayashi collected 100,000 Swiss francs (almost 96,500 euros) for the overall victory, 10,000 francs for each of his three daily victories and 3,200 francs (just under 3,100 euros) for each of his four qualifying victories.

The man from Sapporo had to bow to the German Markus Eisenbichler in the Garmisch-Partenkirchen qualification, but he won the “additional qualification” in Innsbruck. The bonus was paid out, even if there was no Bergisel competition due to the wind. Kobayashi, including 4,500 francs, came in fifth in Bischofshofen to a total of 147,300 francs (a good 142,100 euros). The possible maximum amount would have been 156.00 francs (around 150,500 euros).