Football, Spain: Elche defeats Espanyol and gets away from the relegation zone 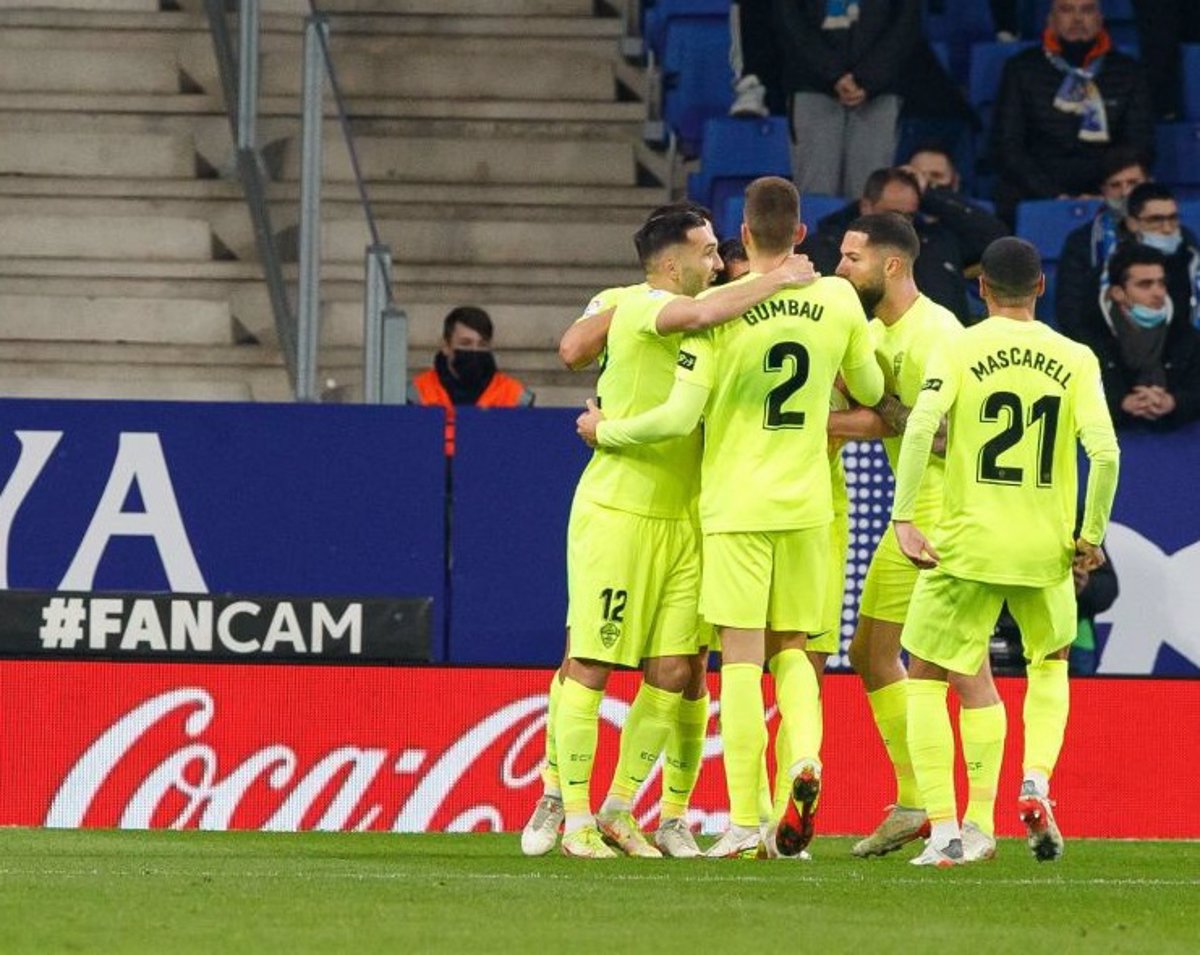 Elche left the relegation zone of LaLiga Santander 2021-2022 after adding three vital points this Monday by defeating Espanyol 1-2 thanks to an early double by Pere Milla, in the match that closed the twentieth day of the championship.

The franjiverde team did not miss the opportunity that was presented to them after the results of their rivals and did so with their second away victory of the season, the first since last September in Getafe, and in a stadium where they had only won Atlético de Madrid.

On the other hand, the blue and white team lost at the RCDE Stadium the three valuable points they had won at the end of 2021 in Mestalla and the middle zone of the table could not be seen and continue to live with some tranquility after a match where they were not too long successful offensively to alleviate his defensive concessions.

And the thing is that Elche, despite having Bigas’ last minute drop and not being able to have his best offensive weapon, Lucas Boyé, did not forgive two errors back to put land in between before the first quarter of an hour. Pere Milla ‘disguised’ himself as the Argentine forward and caught a great send from Morente at the far post after a poor clearance by Pedrosa and the lack of a mark by Aleix Vidal to make it 0-1 in minute 6, and in minute 14 he took advantage a hasty departure of the young Joan García, substitute for Diego López, to head a good center in Mójica.

From there, Espanyol tried to react and pressed in search of cutting differences, but did not enjoy too many occasions. Even so, a penalty with the time fulfilled in the first half and scored by Raúl de Tomás allowed him to arrive with renewed options at the break.

Vicente Moreno sought to achieve a tie with offensive changes, but his rival, despite the fact that he could not create excessive danger, defended himself with order and did not suffer too much in the second 45 minutes, although the ball always circled more Edgar Badía’s area.