Marcelino García Toral: “We are not far from Atlético to one game” 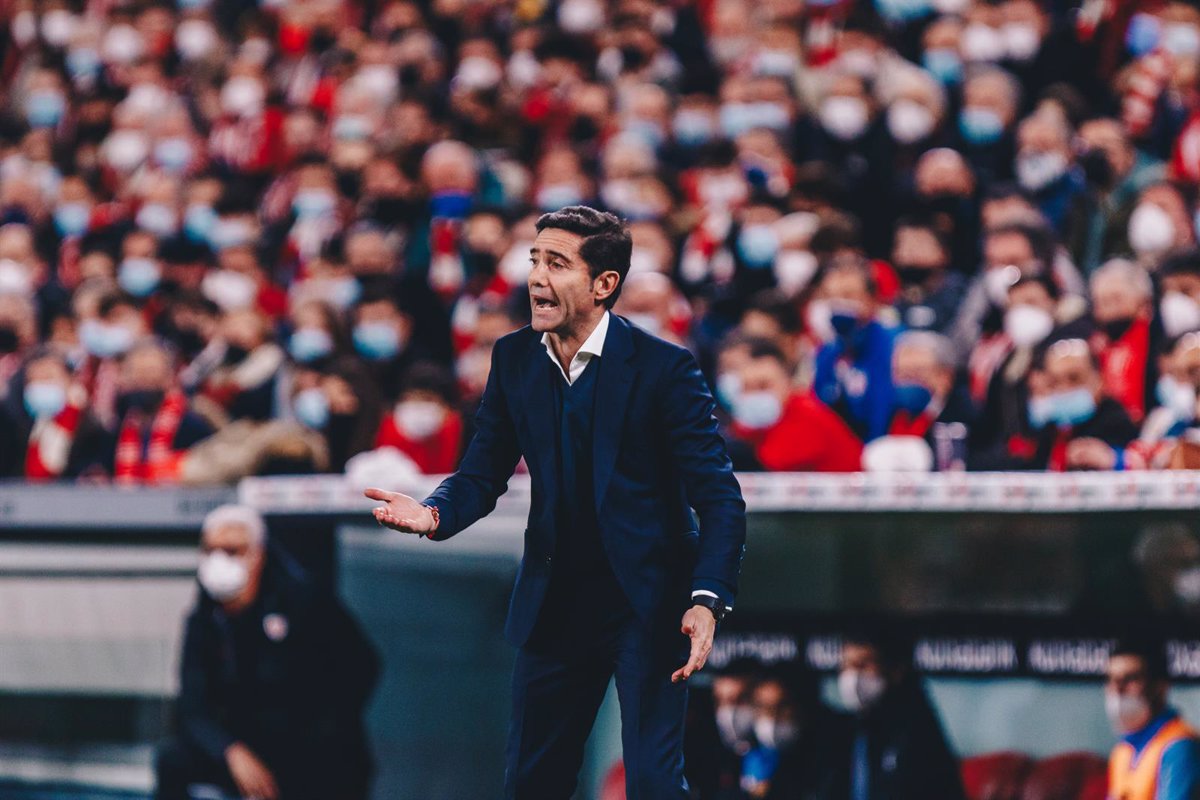 The Athletic Club coach, Marcelino García Toral, assured in the preview of the semifinal of the Spanish Super Cup that they will face Atlético de Madrid that they are not “far” from the level of the ‘colchoneros’ in a single match fight, and He added that they will go “for all” to take advantage of the illusion of revalidating the title won in 2021.

“We are facing a very good team, at the same time we are aware of our competitive level, demonstrated in any game. We have won, drawn and lost against Atlético and always with tight results, which indicates that we are not far from them by one match, “he assured at a press conference.

In this sense, the ‘lions’ coach believes that this semifinal is tied. “We know that equality is the predominant note and the success tips the balance. We will try to be accurate in our area and, on the contrary, take advantage of any occasion. We hope to have a little more success than the rival,” he predicted.

After winning the 2021 Super Cup at FC Barcelona, ​​they come to this event as Cup runners-up. “We are very happy to be here and have the opportunity to win a title in two games, and at the same time feel proud to be with those three great teams. “We have the possibility of being here, we will fight with all our intention and enthusiasm to reach that final. Tomorrow, for all,” he said.

Regarding the victory of the last edition, he thought that they won it by playing with their style and being more successful, not by chance. “I don’t think the Super Cup was won over Madrid and Barça by effervescence or because a coach (himself) arrived. You win because you believe in an idea,” he defended.

“The footballers gave their maximum capacity and we had more successes than the rival. And it is the way of this season, there is no difference. And I think we are a better team now than last year at this point, and that does not guarantee victory because We play against three huge teams, “he added.

As for his players, he assured that he sees them the same. “They work with enthusiasm and ambition, good harmony, disciplined and enthusiastic. I would not be able to see something different than usual, it is the great strength of this team, which always tries to do its best, the illusion of winning each game is present and only I have praise for his workouts, “he assured.

Asked about the absence of the injured Unai Vencedor, he assured that he will not modify the game plan. “If a team has to change its way of playing because one is missing, it would be a huge problem. I think the team is always ahead of each player. We will play the same, with another player who will surely have a different profile or conditions of ‘Vence’ , but that cannot force us to change the sense of the game, “he argued.

As for the doubts of Yuri, Villalibre and Capa, he resolved them as far as he could. “Capa has been training and we hope he is. Villalibre certainly not, because he has not yet trained with the team. And Yuri we will have to assess him with his opinion but he is in the final stretch and very soon, if not for this game. , it will be available, “he said.