Barça sweats against Efes to straighten the course 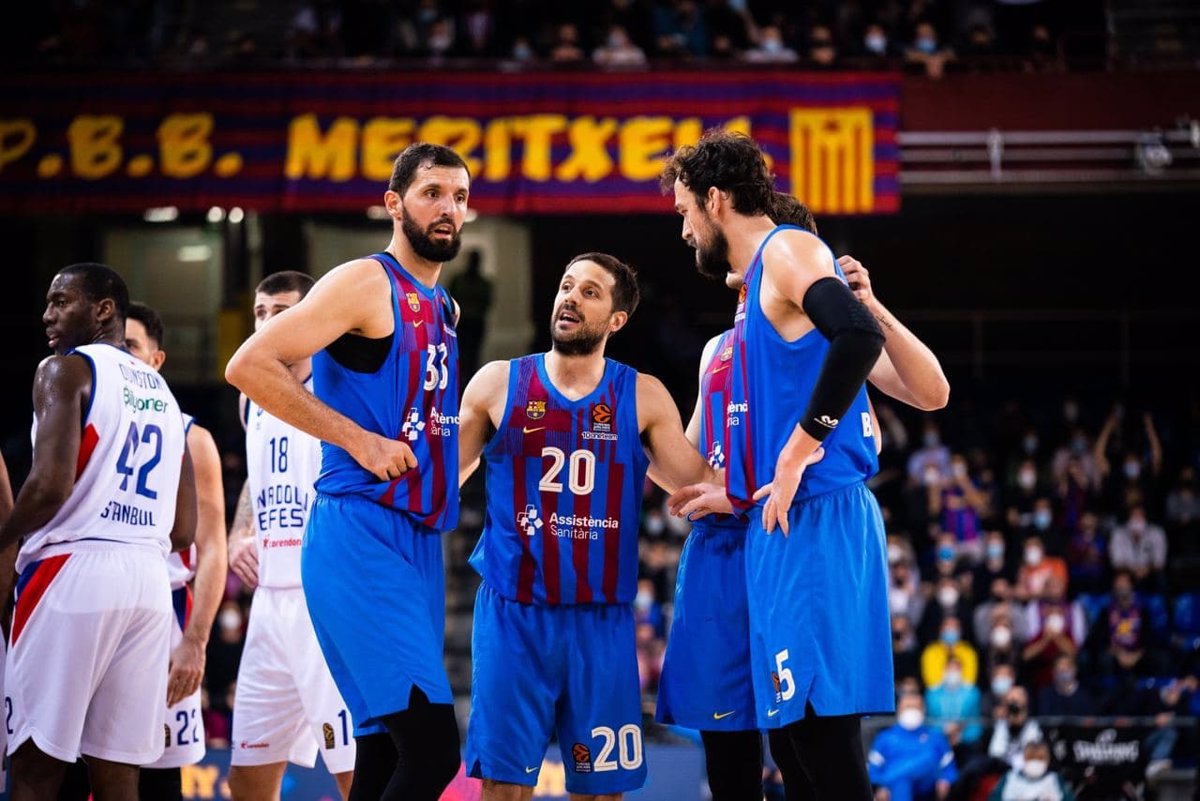 Barça sweats against Efes to straighten the course

Barça beat Anadolu Efes on Thursday (82-77) on matchday 21 of the Euroleague, held at the Palau Blaugrana, a long-suffering but necessary victory for the leader, who is back on the path to victory after two continental defeats.

After losing to Milan two days ago and Baskonia, Sarunas Jasikevicius’s team reacted to an Efes team that is not going through its best moment either. Jokubaitis (16 points) and Mirotic (15) were the best to leave the victory in Barcelona (16-4).

The leader defended his position at the top when he was most floundering, with another defeat in the League against BAXI Manresa to set off the alarms. Those of ‘Saras’, depleted between injuries and coronavirus, woke up to a champion who succumbed again to the Catalans, with another madness from Ergin Ataman.

The temperamental Turkish coach was disqualified at the start of the second half, took several minutes to leave the floor and left facing the stands shouting ‘I won the cup’. Ataman’s umpteenth show came when the game was still in its infancy, without a clear dominator or much rhythm in the first half.

Higgins was the best news for Barça at the start, with a start in search of his best version after injury, but he soon cooled down. This is what happened to Barça, who lost their initial income (19-11) with ease, since Larkin entered. The American energized Efes, but the attacking game did not shine in either team.

Barca won the small battles but without Mirotic’s points saw the Turks take command. Sanli was the one who scored for ‘Saras’ at the end of the second quarter, leveling the score at halftime (40-41). Dunston, Micic and Larkin were the winning trio for an Efes team that lost its coach after the restart.

Barça took advantage of the moment to get away, already with a Jokubaitis who was more animated than ever with the triple. Shooting from outside (5/26 in triples) was a problem for Efes, but the doubts of the last few games surfaced when Barça seemed to be on track for victory in the last quarter (67-68).

Singleton tightened things up, while Larkin forced after several minutes of physical contact on the bench. Jokubaitis, Mirotic and Kuric secured a vital victory that Jasikevicius celebrated with rage, clenched fists and a harangue with the stands. Barça stands up to defend its leadership from the greater stalking of Real Madrid.