An Australian judge has suspended Djokovic’s expulsion from the country 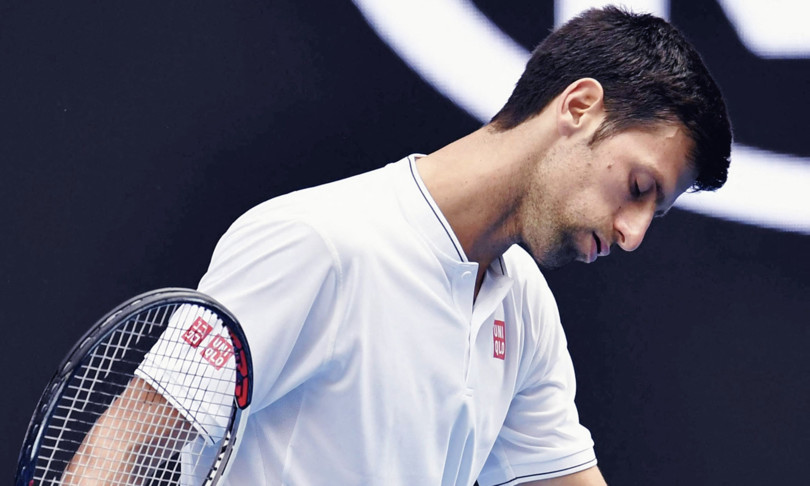 An Australian judge accepted the request of Novak Djokovic’s lawyers for the suspension of the expulsion pending an appeal against the cancellation of the visa by the Australian government. This was announced by one of his lawyers, Nick Wood.

The lawyers of the world’s number one tennis player had also asked that Djokovic be released for the duration of the legal proceedings and said they were “very worried” about the timing of the decision, which came just three days before the Australian Open.

Djokovic had admitted an error in completing the immigration document delivered upon his arrival in Melbourne, Australia, in particular in the declaration that he had not traveled in the 14 days prior to his arrival in Australia when he was seen in Monte Carlo, Spain and in Serbia.

The Australian government has again canceled entry visa for Novak Djokovic, arguing that the fact that the world tennis number one is not vaccinated can poses a danger to the community. The decision was announced by Federal Immigration Minister Alex Hawke, who used his discretionary powers to cancel the visa whose validity was reinstated by a judge on Monday. At this point ‘Nole’ risks expulsion from the country which would prevent him from taking part in the Australian Open.

In a statement, Hawke explained that he had acted under the immigration law to protect “health and order” in the public interest. The cancellation of the visa means that if he fails to overturn the decision in court, the 34-year-old Serbian tennis player will be expelled and will no longer be able to return to the country for three years, except in special circumstances.

“In making this decision”, explained the minister, “I took into account the information that was provided to me by the Ministry of the Interior, the border police and Mr. Djokovic”. Hawke assured that his government “is committed to protecting Australian borders, particularly in relation to the Covid-10 pandemic”.

The Australian government’s decision to cancel Novak Djokovic’s visa was made to “protect” the sacrifices made by the population during the pandemic, said Prime Minister Scott Morrison, who expressed support for the choice of his immigration minister. “This pandemic has been incredibly difficult for every Australian but we stood together and saved lives and the economy,” the Conservative head of government said in a statement. “Australians have made many sacrifices and rightly expect the result of these sacrifices to be protected and this is what the minister is doing with his initiative”, said the premier, explaining that he will no longer intervene on the issue to respect “the foreseeable procedure. legal”.

The other stages of the story

Today is the last stage of a long ‘tug of war’ between the Serbian champion and the Australian authorities. These are the main stages of a game played between diplomacy and stamped cards:

DECEMBER 14, 2021 – Djokovic, attends the Euroleague basketball match in Belgrade between the Red Star, of which he is a huge fan, and Barcelona. He celebrates, greets and hugs players of the two teams, including someone who will test positive for Covid in the days to come.

DECEMBER 16, 2021 – It is the day when the Serbian tennis player would have tested positive for the swab in his motherland, but he claims that he only knew of the result the next day.

DECEMBER 17, 2021 – ‘Nole’ takes part in the award ceremony for the best young tennis players organized by the Belgrade Tennis Association, in which everyone is without a mask. Djokovic will explain later that he was asymptomatic and that he did an antigen test before the event (negative) and that he received the positive PCR result only after the event.

DECEMBER 18 2021 – Even knowing he is positive, Djokovic makes an interview and a photo shoot for the French newspaper L’Equipe. “I didn’t want to disappoint the reporter, looking back, this was an error of judgment”, he declares a few weeks later.

DECEMBER 18 2021 – Tournament Director Craig Tiley announces that all players taking part in the Australian Open will need to be vaccinated against Covid. Earlier, on December 8, Victoria Australia’s Deputy Prime Minister James Merlino argued that vaccine exemptions were possible but only for proven and serious medical reasons.

DECEMBER 22, 2022 – ‘Nole’ returns negative to the buffer but withdraws, without particular reasons, from the Serbian team for the ATP Cup scheduled in Sydney a few days later, leaving on December 31st towards Marbella to train (in the Andalusian city he also has a home ). In Spain, however, only those who are vaccinated can access from Serbia.

1 JANUARY 2022 – The director of the Australian, Open Tiley, explains that Djokovic’s participation will be certain only in the next few days.

JANUARY 4, 2022 – Djokovic publishes a photo on Instagram that portrays him at the airport with a caption announcing his departure for Australia with an exemption permit, also confirmed by Tennis Australia shortly after: “He is traveling to the country with a medical exemption granted following a rigorous review process involving two separate independent groups of medical experts “.

5 JANUARY 2022 – The Serbian tennis player arrives at Melbourne’s Tullamarine airport, but is first detained by plane and then in a small room at the airport. His visa is canceled and he is transferred to the Park Hotel, a hotel where political refugees and asylum seekers reside, where he stays for four nights. The Australian Border Force says Djokovic did not meet the entry requirements, but the Serbian lawyers are appealing.

11 JANUARY 2022 – In court Djokovic presents an affidavit stating that he is not vaccinated. The judge reinstates his visa, stating that the player was not given enough time to speak to his lawyers before the decision to deny him entry was made at the airport. The tennis player is released, sparking a party for his fans. Hours later, Djokovic trains at Melbourne Park.

12 JANUARY 2022 – Despite the uncertainty of his status, ‘Djoker’ is admitted as seeded number 1 in the men’s Australian Open draw and with a long post on Instagram he clarifies the days of his positivity at Covid and admits mistakes: “Error of judgment to grant the interview to L’Equipe as a positive. My agent made a mistake in filling out the travel documents. There is misinformation that hurts my family. ”

13 JANUARY 2022 – The draw for the draw is made, with Djokovic making his debut against compatriot Miomir Kecmanovic.

14 JANUARY 2022 – The immigration minister decides a new visa cancellation, arguing that the fact that the world tennis number one is not vaccinated could represent a danger to the community.