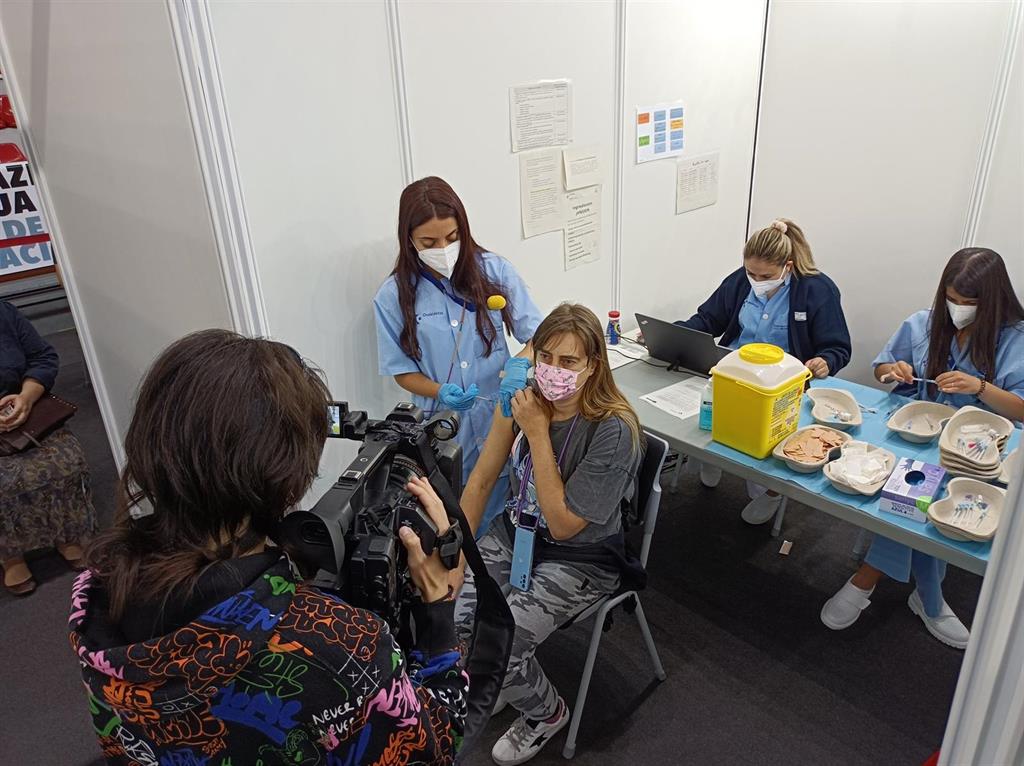 The Ministry of Health and the autonomous communities, within the framework of the Public Health Commission, have approved this Tuesday new measures for leisure time activities aimed at children and young people, but have not decided on the vaccination of football players. the Spanish soccer team, which on Monday June 14 will play its first match of the Eurocup against Sweden.

Both the Minister of Culture and Sports, José Manuel Rodríguez Uribes, and the president of the Higher Sports Council (CSD), José Manuel Franco, had assured in the last hours their conviction that this body would give the go-ahead to proceed with this vaccination , requested last week by letter to the Minister of Health, Carolina Darias.

“It is decided this afternoon in the Public Health Commission, which is the one that decides it. There is a slight controversy for different criteria because it was said that he was vaccinated with Janssen and a single dose, but it is not the one indicated for that age group. convinced that it will be decided well and that tomorrow the whole family of the Spanish team will be vaccinated, “Franco said this Tuesday at the Europa Press Sports Breakfasts, sponsored by Repsol, Loterías y Apuestas del Estado, Liberbank and DAZN.

This statement by the leader was in line with the one also made by Rodríguez Uribes himself, who indicated that he had sent a letter to Carolina Darias, Minister of Health, last Friday to request this vaccination.

“He said yes. They will process it in the Public Health Commission tomorrow Tuesday and I hope that on Wednesday they will be vaccinated if the experts have no problem,” said the Minister of Culture and Sports in the program ‘El Transistor’ of Zero Wave.

The option to vaccinate the players and coaching staff of the Spanish team took force after it became known last Sunday that midfielder Sergio Busquets tested positive for coronavirus and forced the isolation of the rest of his teammates and ‘staff’.