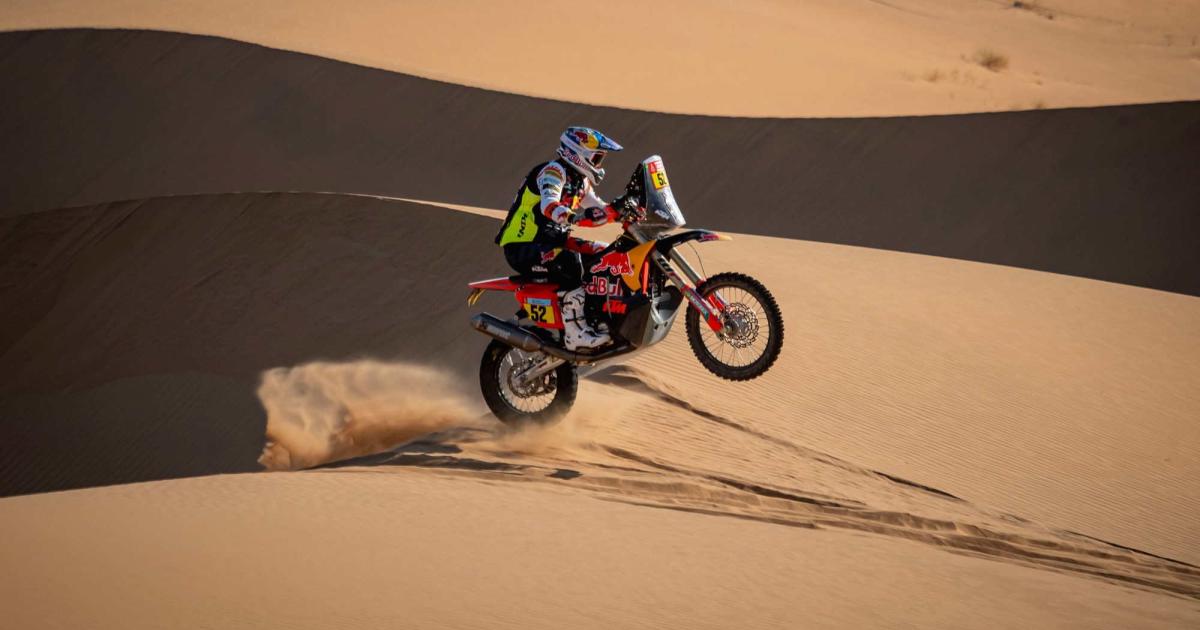 The man from Salzburg finished the race as a highly satisfied third. A look back at the desert rally that ended with sad news.

Across the desert: after Africa and South America, Saudi Arabia was the scene of the notorious Dakar Rally for the third time this year. In twelve stages, the drivers fought their way to the finish in Jeddah on Friday in the various classes from car to quad and from motorcycle to truck. The courier looks back.

Matthias Walkner experienced ups and downs at the 44th Dakar Rally. Early on he had “slightly offended” his ankle with a jump, but he always stayed in the front runners. On the ninth of twelve stages, he even took over the top position, which he had to give up again the next day. The targeted top 3 place was in danger. But giving up was never an issue for the man from Salzburg, and so he finally fought his way onto the podium as third in the overall standings.

After winning in 2018 and two second places (2017 and 2019), he was happy about his fourth place on the podium in the most difficult race in the world: “It’s a great feeling to be healthy at the finish line and on the podium. I have a huge one Joy and don’t cry for a second after victory!” Victory deservedly went to Briton Sam Sunderland, who has been racing for the KTM sister team GasGas since this year. It took him a total of 38 hours and 47 minutes.

At the end of November 2021, Danilo Petrucci (31) drove his last MotoGP race. Instead of going on vacation, he then embarked on the greatest adventure of his life. The Italian’s Dakar debut was not without problems, he was slowed down early on by a technical defect. But he later surprised even with a stage win. In the end it was 90th place out of 124 drivers who made it to the finish. That makes you want more – Petrucci doesn’t rule out starting in the car either. Together with Valentino Rossi.

With a lead of almost 28 minutes on the competition, Nasser Al-Attiyah steered his Toyota through the desert. For the 51-year-old from Qatar it was the fourth overall victory in the car classification. Only Stéphane Peterhansel was more successful than him. The Frenchman triumphed eight times by car and six times by motorcycle.

Laia Sanz has completed the Dakar eleven times on a motorcycle. This year the Spaniard drove a car for the first time and was 23. Two women from Saudi Arabia competed in T3 buggies for the first time. Dania Akeel was eighth in this class, Mashael al-Obaidan was 17th out of 37 riders who saw the finish.

On the last day there was sad news – a 20-year-old Frenchman died in an accident. The mechanic died on a link road after colliding with a truck. For France, it was the second shocking news related to the sporting event. Before the start of the rally, French driver Philippe Boutron suffered serious leg injuries in an explosion on a vehicle belonging to his Sodicars Racing team. A connection with terrorism cannot be ruled out.

One thought on “Dakar Rally: Walkner’s successful ride through the desert”