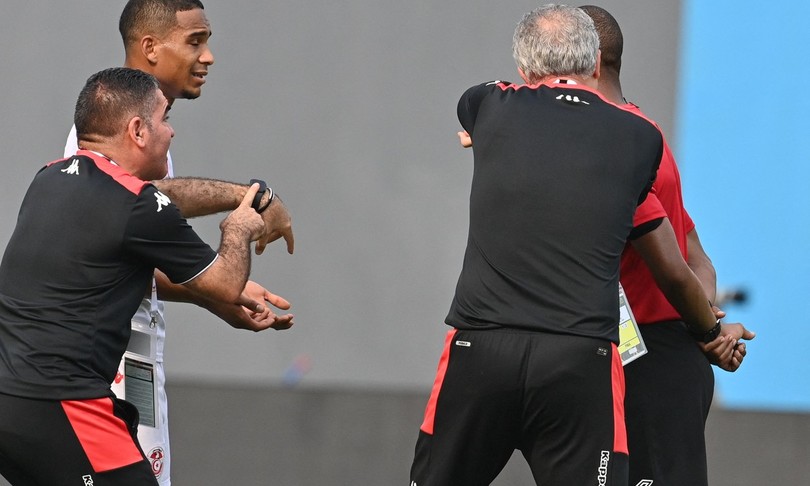 “A small tournament” defined Jurgen Klopp, angry because he steals Momo Salah, Sadio Manè Mané and Naby Keita from his Liverpool. And certainly so far the 33rd edition of the Africa Cup taking place in Cameroon has done nothing to disprove the Reds coach. The first week was marked by a average of just one goal per game and especially from episodes bordering on the tragicomic: early final whistles, wrong anthems, senseless calls from the Var and episodes that have little or nothing to do with football, expulsions and fights like the one that broke out in the Gabon-Ghana final.

In the 18 games played so far, 10 of which ended 1-0 and three closed goalless, absurd scenes emerged that were more entertaining than the modest spectacle on the pitch. The most striking case is that of the match between Tunisia and Mali, which ended 0-1: a penalty on each side (scored by the Malians and missed by the Tunisians), an expelled from the ranks of Mali and a triple whistle five minutes early. Jenny Sikazwe, expert referee from Zambia, has in fact seen fit to blatantly whistle the end of the match in the 85th minute, in a match in which there were nine substitutions, several interruptions due to Var calls and a cooling break.

On the bench of Tunisia they are all disconcerted, but the referee realizes that he has made a mistake and lets the game resume, but 17 seconds before the 90 ‘he whistles the end of the match again, unleashing the ire of the Tunisians. That’s not all, because incredibly Caf (Confederation of African Football) decides to play recovery with another referee due to an alleged illness accused by Sikazwe, Mali is recalled from the locker room and their coach dragged away from the press conference room, but at that point the Tunisia is not there and decides not to resume the match, filing an appeal for the repetition of the match.

For the record, Sikazwe was selected by FIFA for the 2018 World Cup in Russia, in which he headed Japan-Poland and Belgium-Panama, two group stage matches.

On the same day, before the start of the match between Mauritania and Gambia, another embarrassing episode. At the time of national anthems Mauritanian footballers take a split second to realize that something is wrong. The one played is not their anthem, they try to change ‘music’ but nothing to do. Another mistake and at that point, in the general unease, the speaker invites Mauritanians to sing the hymn on their own, a cappella.

If the bad brawl that broke out between Gabon and Ghana at the end of the game, with Tetteh expelled for a blow to Boupendza’s face, is unfortunately not rare in today’s football, another surreal moment was experienced in the match between Nigeria and Egypt. The green-and-white national team is preparing to take a corner kick, but the Var inexplicably intervenes to change the decision and assign the goalkeeper to the Egyptians. An episode irrelevant for the purposes of the match (which ended 1-0 for Nigeria), but the call of the Var for a corner it is out of any football protocol.

It is an Africa Cup that in these first matches is rewriting a bit comically the way of seeing and interpreting football, so much so that even beIN Sports and Sky Sports went into the ‘ball’ a few moments before the kick-off. of Nigeria-Egypt. According to the graphics of the formations, the Egyptians would have taken the field with a mysterious 5-5-0, a module that almost made us think of the famous “5-5-5” of the legendary Oronzo Canà.