“It’s not like working in a mine, but I didn’t enjoy it anymore” 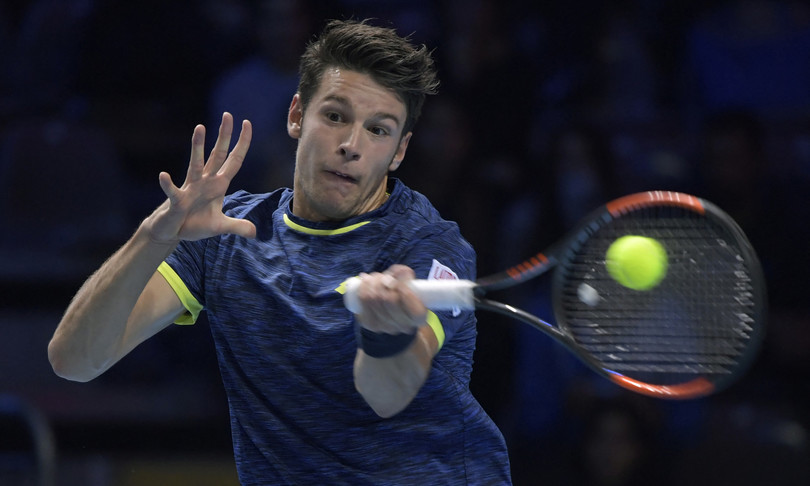 AGI – “I sacrificed myself for tennis since I was a child, I always did it with passion and it didn’t weigh on me, but I hadn’t enjoyed it for a long time, it was time to stop”. On the phone with AGI, Gianluigi Quinzi, the former predestined of tennis who in 2013, at the age of 17, raised the trophy as a junior Wimbledon champion, making all of Italy dream and today announced his retirement just as the Championships are underway, says that the night before the externalization he finally slept very well.

“I had been thinking about it for a few months and now I’m really happy, tennis has given me a lot, it’s a sport, it’s certainly not like working in a mine, but for me it had become a physical and above all mental effort – he clarifies – not everyone knows that not you only sacrifice in the week of the tournament, but every day and for seven hours a day and when you no longer enjoy it it is no longer worth it.

Stopped, also due to a series of injuries, in the lower floors of the world rankings (last ranking 474, best placement in the world ranking the number 142 and only 280 thousand dollars won in a career in a profession that involves a sea of ​​expenses) Quinzi explains that he had to take note that he was unable to achieve his goal, that of entering the top hundred of the world.

“I was looking for a security that I no longer had and now I see everything clearer: next year I will take my degree in Sports Economics and Management, I aim to work as a sports manager, to stay in this environment, in short, and in the meantime I am helping a Federico Vita under 16 tennis player “.

He, who still lives with his family and at the age of eight moved to Florida to Nick Bollettieri’s churning academy together with his mother (“Dad would join us when he could”) he knows the anxieties of the young people on the pitch very well and says that from outside the now he likes tennis more: “I am happy when I am able to convey passion to young people – he continues – and, probably more than a teacher, I can understand when a kid needs the right word”.

If he lacked the right words in moments of difficulty, he does not say: “I have no regrets or recriminations to do, tennis has given me a lot, happy moments and other negative ones, but it has helped me to grow”. The highlights to be framed? “Definitely the victory at Wimbledon in 2013 and four years later, my participation in Next Gen, when I had already dropped to 300 in the world rankings and I played on par with players who were between the twentieth and the fortieth position. Even though I lost I realized that I still had a good level, I was happy, just me who has always struggled to accept defeats. But then I lacked consistency, the injuries arrived, a micro-fracture from stress, I struggled to get back, in short, everything was a consequence of something else “.

If he hadn’t had to carry the burden of being a prodigy tennis player, in short, if he hadn’t already been a champion at the age of eight, perhaps things would have been different, but Quinzi this game doesn’t fit in: “Life is not done with ifs and with but, I started when I had to start and now I’m ready to start a new life with new responsibilities that I like ”.

The racket will not be completely hanging on the nail, Quinzi will continue to take the field, albeit as a coach (“I am also Federico Vita’s sparring partner”) and to cheer on his colleagues who are currently fighting on the grass of Wimbledon where in his first life he was junior champion .

Starting from his peer Matteo Berrettini: “We are friends, we also played on the same team at Aniene a few years ago – he says – he was already at the top and beat me, but when we were under 16 I always won “.

Against Sinner instead there was nothing to do: “Two years ago I found myself against him in the quarter-finals in Bergamo in a challenger – he says – I didn’t know him, I thought I could have an easy turn instead he sent me home with a 6 / 2- 6/2. I immediately thought “this really has something”.

And even if Sinner is undergoing media pressure similar to the one he found himself facing, Quinzi has no doubts about his resistance: “He will be able to handle it, he is very mature”. For him it went differently despite the use of the mental coach: “It helped me, but it wasn’t enough”. But now is not the time for regrets: “I am happy, ready for another life. And my good memories will not be taken away by anyone “.