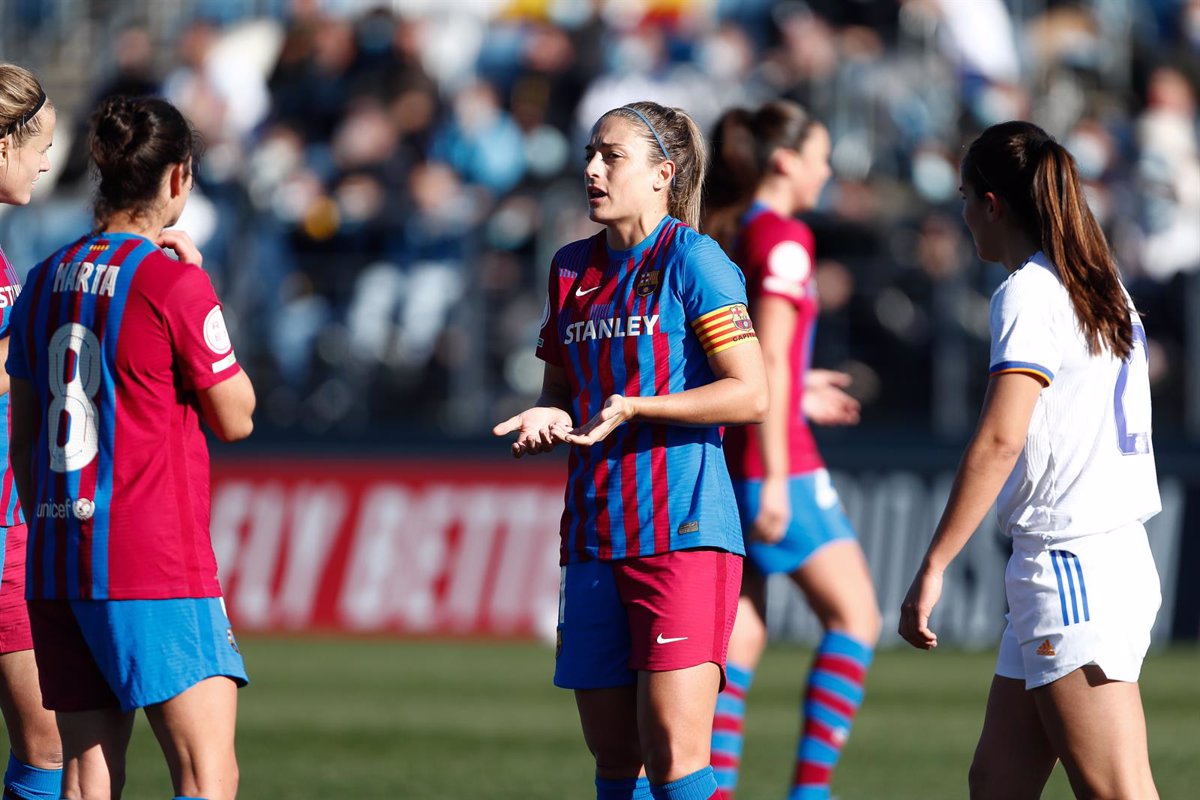 On the late election of the venue: “We have to provide facilities to the fans and planning at such a last minute is not possible”

The Barça Femení player Alexia Putellas assured that they do not want to open 2022 with a defeat in the Spanish Super Cup, whose semifinal against Real Madrid will be played this Wednesday, and that she is eager to open a series of duels against the Whites that will culminate with a duel of ‘Champions’ in a full Camp Nou.

They lost the last edition of the Spanish Super Cup, when they fell against Atlético de Madrid in the penalty shootout in the semifinals, and now they want to remove that ‘thorn’, the only one in a historic triplet year, opening 2022 and this new edition winning to Real Madrid.

“These are matches that we all love to play. Being from Barça, or being from Madrid, it’s always special. Intense months are ahead with a lot of emotions, we will finish this series of matches against Madrid at the Camp Nou with a full house and we plan to work for win absolutely all of them,” said Putellas.

On a personal level, after overcoming the coronavirus, he claimed to be “very keen” to play a game again. “And more one of this size, in which you win or you are left without a final. I am really looking forward to this game, to play a good game and be up to compete, generate and go to the final,” he was honest.

Of course, at the group level, he believes that it would be a “” mistake” to “relax” and believe superior. “I listened to what you asked, curious about how we would accept a defeat. If the team thought that it was going to win, yes or yes, it would relax… We trust our plan to go to the final,” she said.

On the other hand, regarding the late election of the Ciudad del Fútbol de Las Rozas to host this Spanish Super Cup, he commented that he would have liked the fans to have had more time to organize and be able to mobilize.

“I will talk about the facilities that are given to the masses that we are now moving. We have to provide facilities to the fans who want to come see us, and planning at such a last minute is not possible. People deserve to be able to organize well , like the Camp Nou game, two months away, and people have responded. It’s the best way,” he explained.

REFLECTIONS ON THE ‘THE BEST’

As for the ‘The Best’ that she just received this Monday as the best player in the world last year, and which adds the Ballon d’Or, among other individual distinctions, she believes that these awards should be given “fair” importance. “When they give you these prizes you are no better and when they don’t give them to you, you are not so bad. You have to relativize it a lot. I don’t know any player who plays for these individual prizes,” he commented.

It was even clearer about the fact that no Barça player from the treble, nor herself as ‘The Best’, were in the ideal eleven of FIFA and FIFPRO. “The result that came out of the ideal eleven is shocking, although it came from the players, because we voted for that ourselves. But there is no one from Canada either and they won Olympic gold. I blame it on a lack of visibility, sometimes it’s complicated see according to which party,” he said.