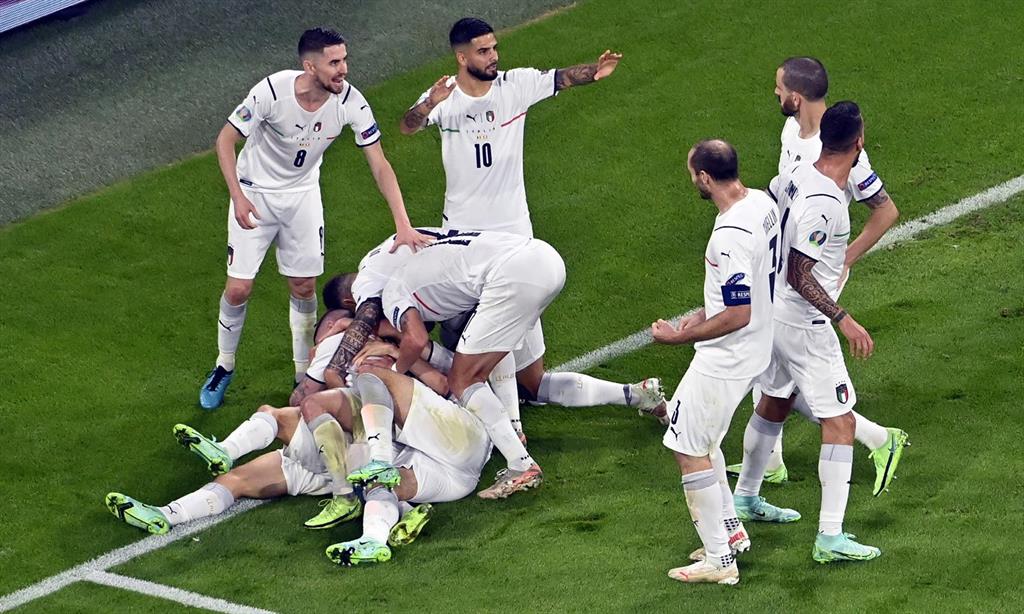 The Italian team sealed its pass to the Euro 2020 semifinals this Friday by beating Belgium (1-2) at the Allianz Arena in Munich, with goals from Barella and Insigne in the first half, where they will face Spain, old acquaintances in the continental tournament.

Italy will meet for the fourth European Championship in a row with Spain, on Tuesday at Wembley. In 2008 ‘La Roja’ won in the quarterfinals, in 2012 the Spaniards also smiled in the final and in 2016 Italy won in the second round. Roberto Mancini’s men continued their streak of 32 games without losing and the Belgians did little to prevent it.

Two tournament giants and a Euro Cup that does not have a quiet game, the menu responded only in the first half. It was a tremendous pulse, which Italy took but with a bitter taste just before the break, in the end enough to pass. Belgium pressed with the opening whistle, Lukaku greeted Donnarumma in minute one, but the scare in the body was for the ‘red devils’.

At 10 minutes Bonucci came to celebrate a goal in a foul to the area, but the VAR annulled it for offside. There began the exchange of blows, almost a round trip, which in the Belgians was always born with De Bruyne. The Manchester City man set up perfect cons, but in one he ran into Donnarumma and in another it was Lukaku who found the rival goalkeeper’s saving hand.

In those of Mancini, Insigne and Chiesa left good attempts to overflow and generate danger, but it was Barella who opened the scoring after half an hour (0-1). Italy quickly took a free-kick, Belgium recovered the ball but Vertonghen’s exit was bad, like the defense of a Barella who between three managed to get the shot.

Less could do in the 0-2 of Insigne, a cut and a perfect shot from the front. Once again in this Euro, the script changed even before the break, when Jeremy Doku was brought down by Di Lorenzo in the area. Lukaku took advantage of the maximum penalty and the ticket to the semifinals reached the second half still in the air from Munich.

The resumption was Italian, 10 minutes of daring in search of the sentence, until Belgium returned to arrive with the one against one of Doku. Roberto Martínez’s surprise pulled the Belgian car, which was not entirely good news. The second part had much less rhythm, almost neither Lukaku nor De Bruyne appeared. With Eden Hazard ultimately unfit, Mertens and Chadli were the options from the bench.

The second almost scored the goal on his first play, but he did not find his center shot and was also injured. Spinazzola also had to leave the field due to injury, after a last serve to save a goal from Lukaku on the line, although Courtois appeared more than the Italian goalkeeper. Italy managed the final stretch and reaffirmed its serious bid for the title against some ‘red devils’ again half in a great tournament.