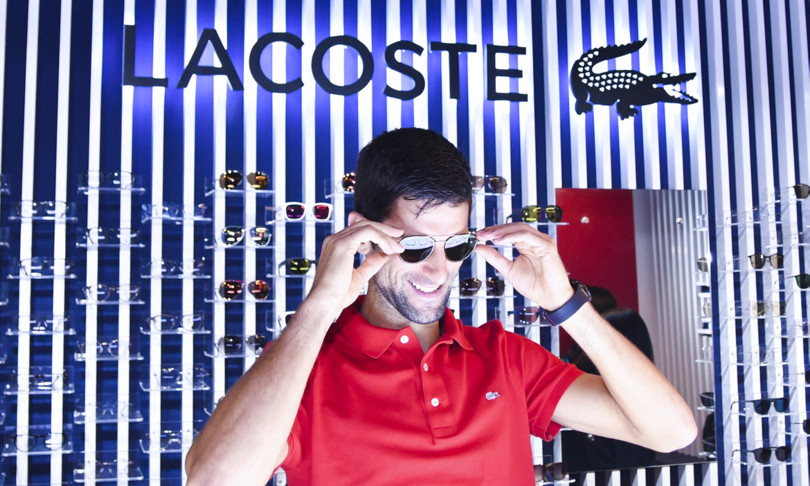 Djokovic certainly does not run the risk of having to take the field, in tournaments where he will be authorized to do so, without brands. In short, he will not end up like Ivo Karlovic, the Croatian who for a long period of his sporting life (Ivo is still the record holder of ace: 10,247 scored in his career) competed without having a technical sponsor due to a substantial lack of appeal that does not. made him suitable, according to the marketing men, to take on the role of the testimonial.

But on which brands Nole will be able to count on after being expelled from Australia, this is now difficult to predict. Currently of the four top sponsors of Nole (Lacoste for clothing, Asics for footwear, the maison d’horologerie Hublot and Peugeot) only Lacoste, with an official press release, has announced that the company athlete will have to “re-read” what happened in AustraliaFrom the others, for the moment, no communication.

But it is easy to assume that the other French brand Peugeot, merged in fact with Fiat Chrysler in Stellantis, and in the past the only one to make Nole a real “actor” (most will remember the video in which a child Nole was ” forced “to attend violin lessons, and then devote himself to another tool, the racket) he will not have liked the collapse of the image of the Serbian champion. Especially a few weeks before the second Grand Slam of the year, Roland Garros, where Peugeot has historically played a heavy role and which, in agreement with President Macron, decided to “emmerder” the No Vax, has decided that only the vaccinated will play in Paris.

At the end of 2021 Djokovic was the 46th highest paid athlete on the planet, according to Forbes. Backed by sponsorship deals for $ 30 million a year which was the strongest part of his overall earnings: $ 38 million. That Djokovic has never been considered by the market an absolute testimonial, one of those that guarantee a practically automatic return, is given by the comparison with two other tennis champions: Roger Federer and Naomi Osaka. Roger, last year (again according to Forbes) in a year in which he played very little and ended the season after the defeat at Wimbledon at the hands of Hurkacz, grossed something like 90 million dollars gross.

It will be said: but Roger is a global character, few in the world of sport can compare with him: a healthy Tiger Woods without legal problems, Lebron James and Steph Curry, Cristiano Ronaldo and Messi of the golden days. but yet Naomi Osaka, leader of women’s tennis, grossed $ 69.1 million in 2021, of which 90% come from sponsorship agreements, technical and otherwise. In a year in which she was talked about above all for her idiosyncrasy in interviews and the meandering depressive syndrome.

Djokovic, last year, won three Slam titles, failing the success in the fourth, the Us Open, at the hands of Medvedev, after a season spent in pursuit of a title (the Golden Slam, the four majors plus Olympic gold) that only Steffi Graf has managed to achieve in the history of tennis. A pursuit that alone would have had the power to make Nole the most “watched” tennis player on the planet.

In a batch of bottles dedicated to the United States, benzene was found. To remedy the problem, a video was released in which the most famous pot-bellied bottle in the world was “processed” by a voiceover. And he repented, letting a few timid tears of water slip from the cork. Since the symbol of Lacoste is a crocodile, the repairing video clip would be ready: with a crocodile that tears in repentance. And what else could a crocodile do?