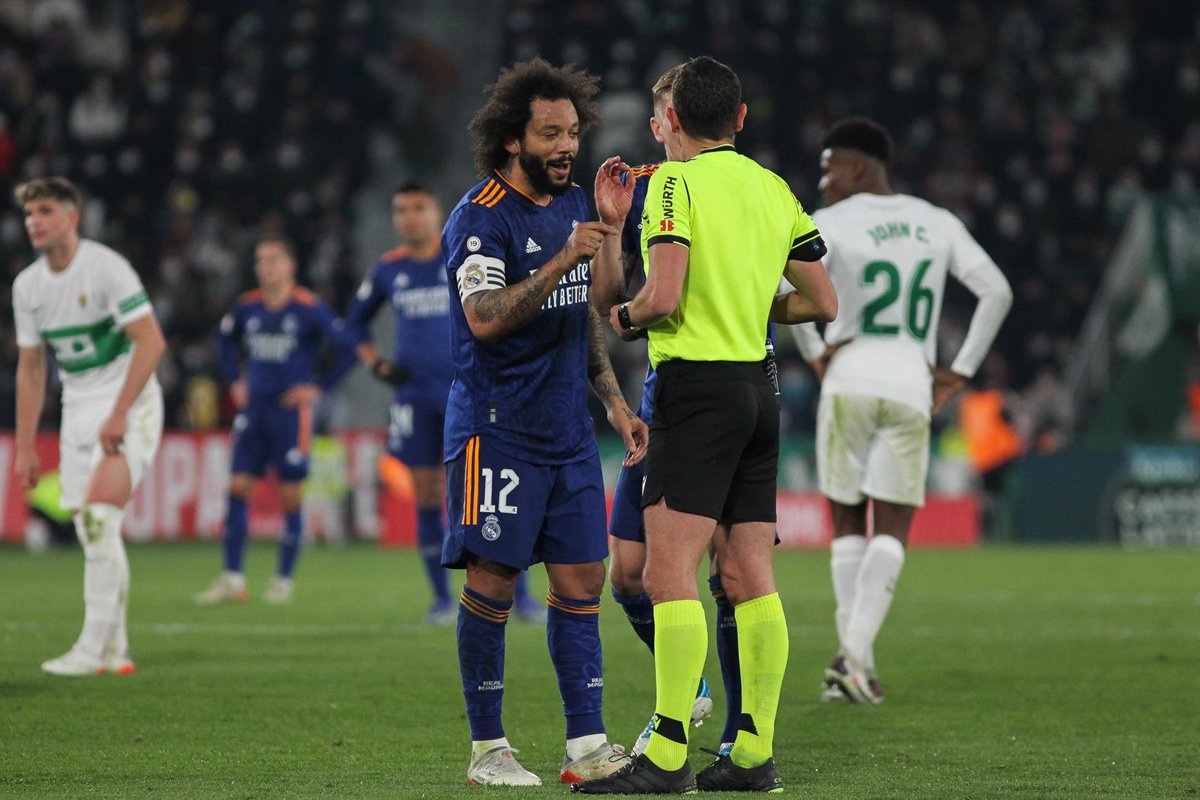 The Real Madrid player Marcelo Vieira has been sanctioned for three games for his expulsion against Elche, in the Copa del Rey match corresponding to the round of 16, as decided this Friday by the Sole Competition Judge of the Royal Spanish Federation of Football (RFEF).

The Brazilian winger, who was sent off in the 102nd minute for “knocking down an opponent and thus preventing an obvious goal scoring opportunity”, according to the referee’s report, also addressed the referee when he saw the red. “Once expelled, he addressed me in the following terms: ‘You are very bad'”.

In this way, the Single Competition Judge sanctions the play that caused the foul -and consequently, the Elche goal- with one match and his “disrespect towards the referee, typified in article 117 of the same Disciplinary Code, with two other matches “, collects the resolution.

In addition, the Judge considers that “after observing the video evidence provided by Real Madrid, the existence of Marcelo’s contact with the attacker is verified, a situation that the referee has determined as a knockdown”, an argument that prevails when the image does not It completely clears up the move and serves to dismiss White’s protest.

In this way, Marcelo will not be able to play the quarterfinal match against Athletic Club and would also miss a hypothetical semifinal, the only two-legged round of the ‘KO’ tournament. The Brazilian would only play in the Cup again this season if the Whites manage to reach the final.