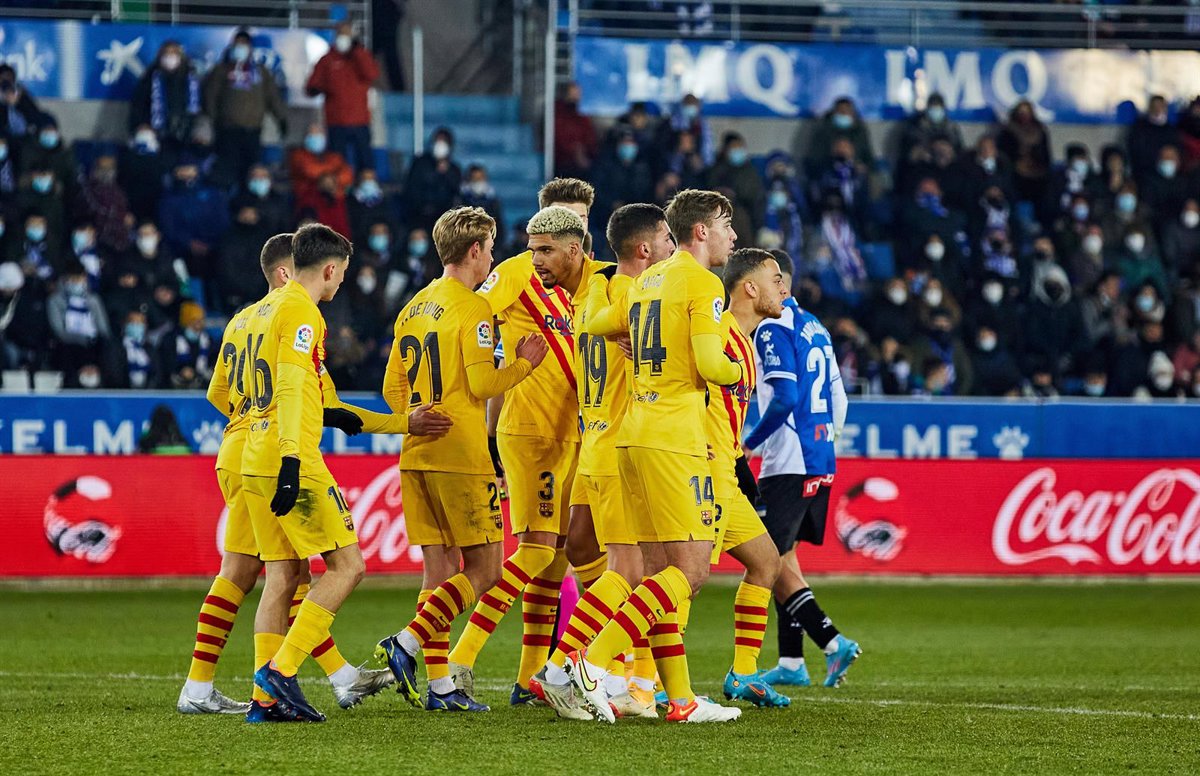 FC Barcelona beat Deportivo Alavés (0-1) this Sunday in matchday 22 of LaLiga Santander held in Mendizorroza, thanks to a goal by Frenkie de Jong in the 87th minute, to continue in the fight for the Champions League zone although suffering.

Xavi Hernández’s men return to a familiar scenario, one point behind Atlético de Madrid’s fourth place, but football is not growing as the arrival of the Terrassa coach suggested. A good pass from Jordi Alba to the back of the defense was put by Ferran in the area and De Jong scored the goal of a forced victory.

Barça has no margin for error and wins as best it can. The Basques stood up and in fact did not deserve defeat at least sometimes. Joselu forgave and Édgar even had the tie in the last one, but his shot without opposition went to the hands of Ter Stegen. The box culé saved the furniture to return to the load.

The goal of fourth place remains within range for a Barça that hardly generated any danger in the first half. The wear and tear of the Super Cup, eliminated in the semifinals by Real Madrid, and of the Cup during the week, also out in the round of 16 at the hands of Athletic, took its toll on the rhythm, with hardly any play for Pedri.

The canary offered without much response. Xavi changed Abde and Ferran wings, but Alavés had the clearest before the break in Pere Pons. The local attacker also had it in the restart inside the small area, in a good play by Joselu, with Barça leaving gaps behind, more as the minutes went by.

Xavi’s team had the obligation to go for the game and they didn’t give him the life to do both, attack and defend. Martín Aguirregabiria saved the best local and in a free kick by Pedri, neither Piqué nor Luuk de Jong hit an easy shot. Joselu had it clear again and, on the edge of the precipice, Frenkie de Jong appeared, in a certain vindication of Alba.

The side, signaled in the last Barça blows, put the ball with the right that Ferran picked up for the Dutchman’s goal. One more week of faith for Xavi’s men, although each game continues to be an Everest, more so with a new injury to Ansu Fati or without Dembélé for refusing to renew. The Basques, with Mendilibar expelled in a final protest, remain in the relegation zone and with 10 consecutive days without winning.