Matteo and Jannick, the different twins of Italian tennis 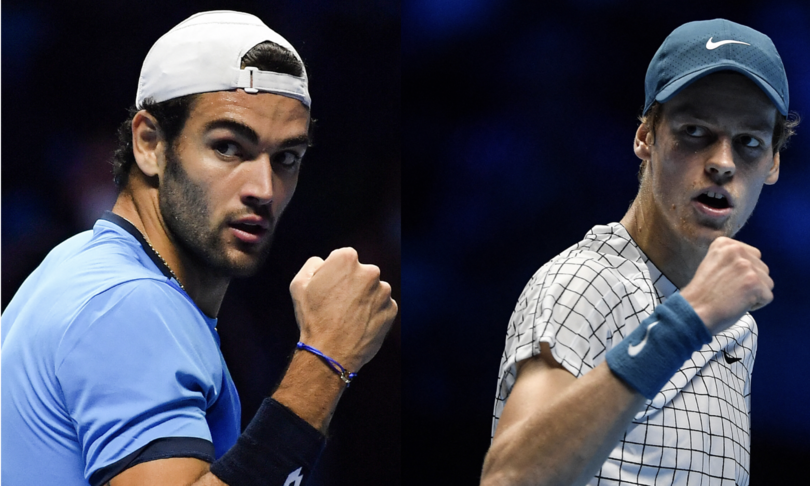 The different twins of Italian tennis amaze the world. Matteo Berrettini and Jannick Sinner, two Azzurri in the quarterfinals of a Grand Slam: just a few years ago it would have been very risky to even foresee it. It hadn’t happened since 1973 when Panatta & Bertolucci hit the same result at Roland Garros: but those were times when it was widely believed that Italians could compete effectively only on red. Distant times. And then the relationship between Adriano and Paolo was certainly different from what today distinguishes Matteo & Jannick: in that vase there was a congenitally dominant personality (Adriano) and one more willing to mediate, especially towards the other members of Davis’s team (Paolo) .

Twenty-five years old, number 7 in the world, the Roman who has reached the quarterfinals in all the Slams in his career, 20 years old and at the tenth position of the South Tyrolean ranking raised in the high mountains who previously had only grabbed the quarterfinals at Roland Garros. To clarify the relationship that unites the two blues of today, it is enough to go back to the end of 2021: when Matteo retired at the Finals in Turin due to a sudden flare-up of the adductor injury and Jannick, who took the field as a first reserve, dedicated to Matteo his success and also made it a “graphic sign” on the camera lens that framed him. Tennis is an individualistic sport at maximum power, you know: but our two are aware that they are the architrave on which the fantastic moment of Italian tennis rests and they behave accordingly. They have in common rules of behavior on and off the pitch that have nothing in common with certain terrible habits that snaked among Italian tennis players, professionals and not: measure, willingness to communicate, respect for opponents and whoever is watching.

On the emotional level, the one who comes from the Sesto Pusteria mountains, Jannick, is the most extroverted: the Roman transplanted to the Côte d’Azur, Berrettini, is instead more willing to introspect and struggle perhaps more than his friend to work through hardships and defeats. But he still gets excellent results, proof of this are the social messages that preceded the match against Carreno Busta. First victim of dysentery and then of a retort on the pitch that could have had serious consequences, Matteo let himself go, smiling, with very Italic superstitious gestures. As if to say: I’ve gotten used to it now, let’s go further. That same superstition that leads him to deposit on the sidelines, before each match, the necklace that his mother Claudia gave him a long time ago, when the Berrettini parents firmly believed that one of those two children (Matteo and Jacopo) would go far with tennis.

Playstation fans both, football fans (Matteo supports Fiorentina, Jannick Milan but as a former skier he continues to love the snow a lot), the two new tennis twins differ above all on a sentimental level. Matteo is more willing, by virtue of his 25 years, to think of himself in a stable and comforting relationship. Which in fact is the one with Ajla Tomlianovic, sealed by the first Christmas with the two families reunited.

Despite being a high-level teacher, Ajla increasingly takes on the characteristics of Mirka Vavrinec (Mrs. Federer) on duty: the partner who hides her face while Matteo is playing but dictates the line with her eyes. Jannick, who is twenty years old, is not yet put into such a perspective. There is a woman with whom she lives the classic outside-inside-outside of young relationships and it is Maria Braccini, influencer with 80 thousand followers: he who officially left her three months ago, is still generous with hearts on her Instagram profile, she in December she posted a picture of her on a tennis court wearing tight leggings, not exactly tennis.

Not a subliminal message? Who knows … But the sentimental side is marginal at this moment in his life. For both, the team-family are fundamental: captains from Vincenzo Santopadre in the case of Matteo and from Riccardo Piatti in that of Jannick. Teams that have accompanied the growth of the little ones without overshadowing their personal growth. Ours are part of these teams but are not dependent on them: and in hindsight their tennis growth is also and above all the children of this growth in personality. Two good and also beautiful guys whose positive characteristics and their different communication skills have not escaped the sponsorship main spenders as Matteo has become the unique testimonial of a prestigious brand such as Hugo Boss and Jannick, thanks also to a model face that he replaced the one from “Pippi Longstocking” he had at his debut, he has a portfolio of contracts worthy of an established top player.

Their diversity is their fortune and also that of those who love tennis. Two pioneers of a performance that counts new actors every day: from Musetti to Flavio Cobolli and Luca Nardi. Two splendid guys who, in a completely hypothetical way, at the Australian Open could only be faced in the final. But that’s another story.

LA LEAGUE Barcelona – Villarreal: Defeat the ‘blaugrana’ for the end of the championship