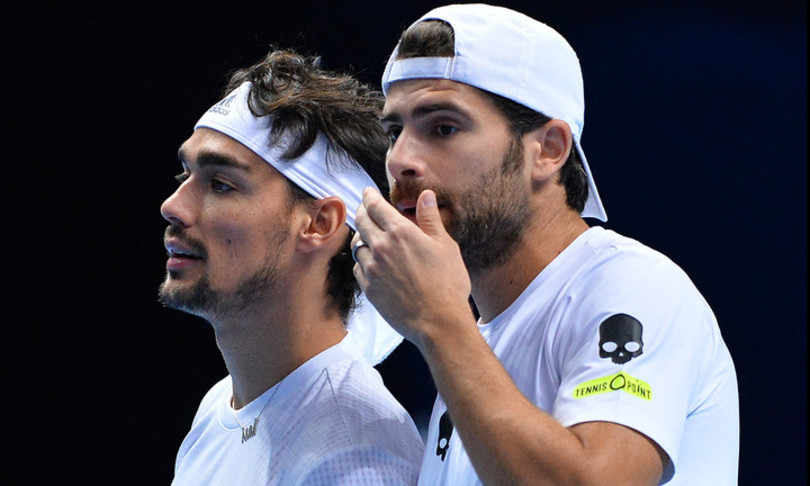 When, in a few hours, Simone Bolelli and Fabio Fognini take the field to face Ram and Salisbury in the quarter-final of the Australian Open, a question could make its way into the brains of many. Why don’t those two organize a season based entirely on doubles? Simone is 36 years old, Fabio 34. The only Italians in history to win a Grand Slam title (Australia 2015) after Pietrangeli and Sirola in ’59, the two Azzurri are at a key point in their career.

Bolelli has been dedicated to doubles for some time: at the Finals in Turin he was the first substitute with Maximo Gonzalez, and his desire for tennis has not yet abandoned him. Fabio is still n. 37 in the world of singles but the hardships of a season at a high level in the circus are less and less bearable.

So why not favor the much-reviled double, among other things by causing a big smile a house in Davis captain Filippo Volandri who would face the next climb to the salad bowl being able to count (a fact that did not occur in Turin last November) on a double training tested and trained?

Simone & Fabio this year have already reached the final in Sidney (losing at the hands of Peers-Polasek) and in Melbourne they got the better of the very titled Dodig-Melo and Jamie Murray-Soares, who after winning the title in 2016 last year have hit the semifinal.

Salisbury and Ram are No. 2, they won in 2020 and last year they hit the semi-finals. But why not hope that the Italian couple is only at the beginning of a “doubles” season that could bring results that would be the extraordinary crowning glory of both of their careers?

Ram is an excellent flying player, an attitude that derives perhaps from his Indian origins (even if he is very American having been born in Denver) where tennis meant grass and that is a game of flying. The British Salisbury loves double in all its forms as last year he also won two mixed Grand Prix titles, Roland Garros and Us Open.

A success for the Azzurri in addition to bringing them to the Happy Slam semifinal would be another exceptional element of joy for a tournament that already sees Matteo Berrettini in the semifinal in the singles (he will face Nadal). Waiting for Sinner. What an incredible moment.