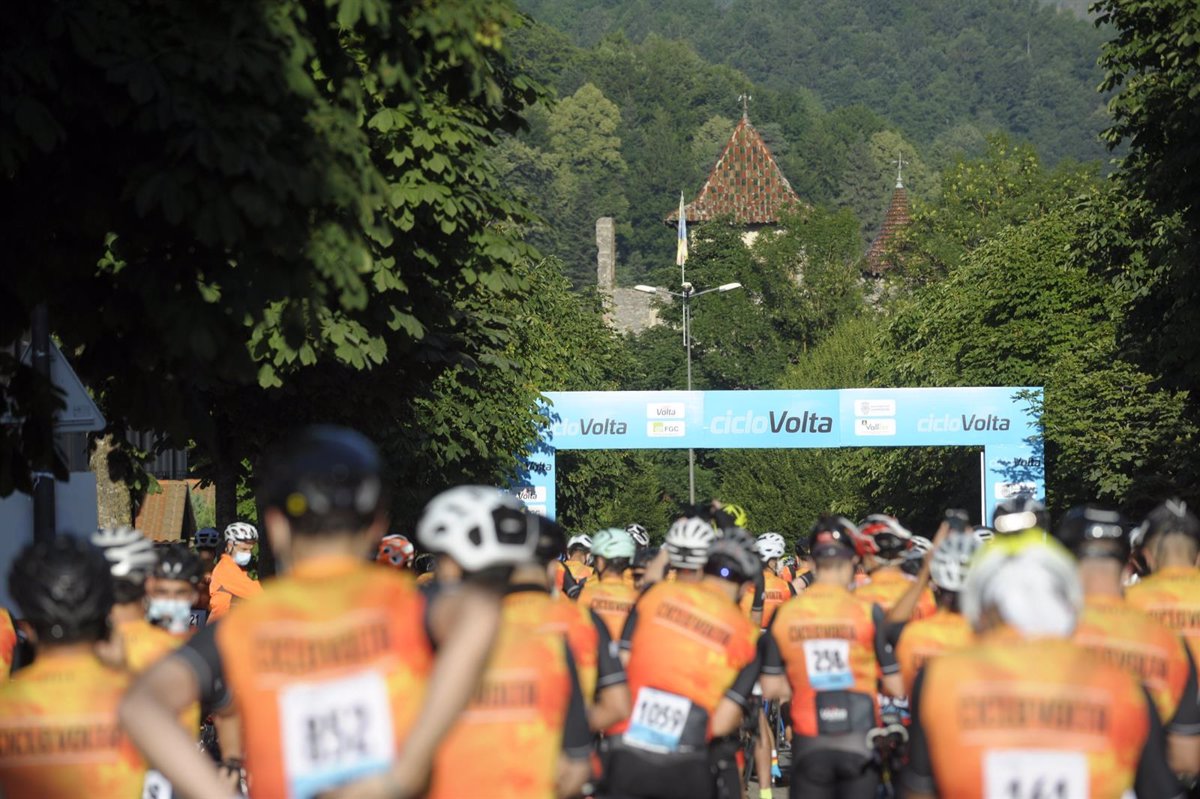 The CicloVolta, a cycling tour organized by the Volta Ciclista a Catalunya with the support of the Camprodon City Council, Ferrocarrils de la Generalitat de Catalunya and Vallter, has everything ready to start the registration process for its second edition, which will take place on July 10th.

On February 10, the registration period will open for a very special march, born last 2021 on the occasion of the 100th edition of the Volta and which wants to consolidate itself as a benchmark cycling tour after the success of its first edition, with 600 participants.

Once again, the route will have Camprodon as its starting point while the arrival will be at the Vallter 2000 pass, with a 12-kilometre climb reaching 2,000 meters of altitude, which will give the participant the opportunity to live an experience with the seal of a UCI WorldTour event such as the Volta a Catalunya.

The CicloVolta will once again have two distances in its second edition. In the most demanding, a true mountain stage will be experienced, which presents as a great novelty the inclusion of the chained Port d’Oix, Beget and Port de Rocabruna, reaching 157 kilometers of route and 3,400 meters of accumulated difference in altitude.

On the other hand, in the half cycle Volta the demand of the challenge of going up to the emblematic ski resort of Vallter is maintained and shares the Coll de Canes at its start with the long route, but with a more affordable overall route, 90 kilometers in total.

The registration period will begin next Thursday, February 10 through the website, and will have a first promotional period of fifteen days until February 24, when the price of registration will be 50 euros. The CicloVolta will have limited places, after the success of a first edition that filled its limit of 600 participants.

The registration includes an exclusive jersey from the GOBIK brand, the brand that designs the spectacular jerseys of the Volta Ciclista a Catalunya itself, to remember the participation in the challenge of the CicloVolta. Also counting the refreshment stations along the route for all the participants, which will be three along the Gran CicloVolta and two in the Mitja, adding the final party in Vallter.