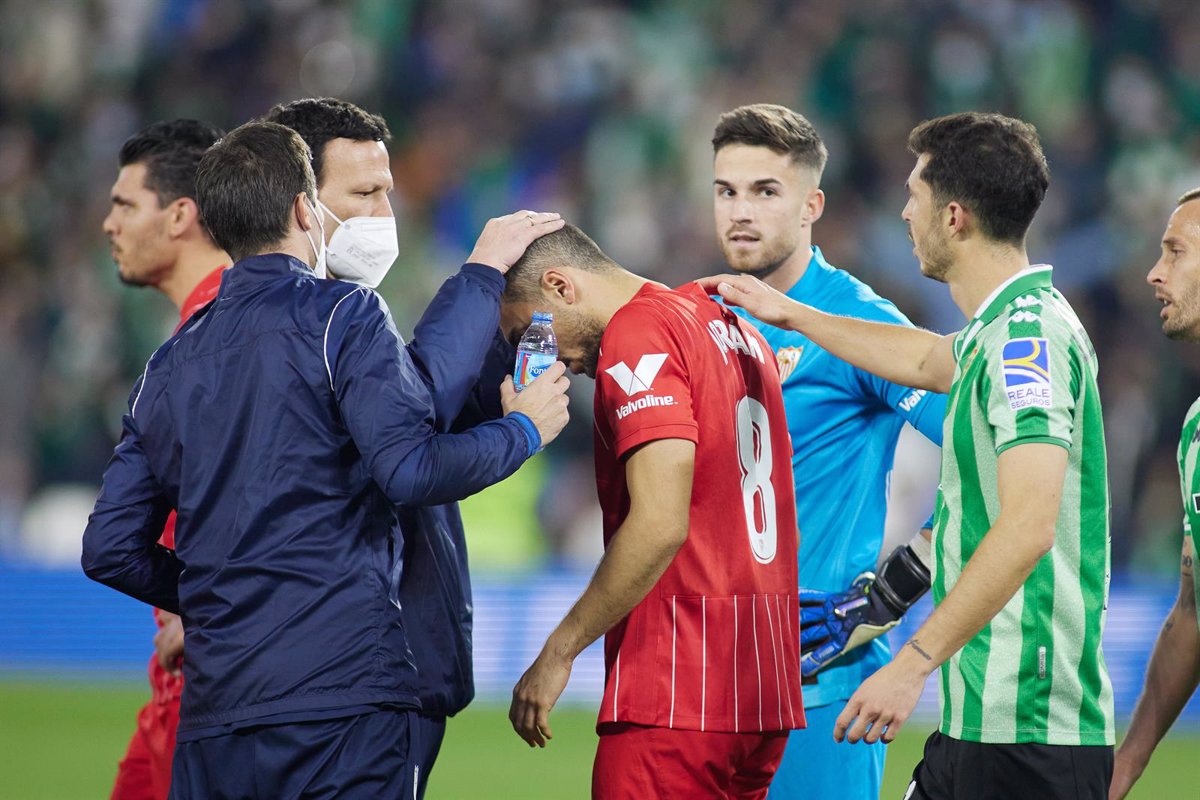 “Sevilla fabricated a crippling injury so that the contest would not be continued,” says ngel Haro.

Angel Haro, the president of Real Betis Balompié, defended his club’s version of Sevilla’s simulation so that the last Copa del Rey duel would not be restarted, following the impact on Joan Jordán of a bar of plastic thrown from Benito Villamarn’s bleachers.

In an interview with ‘El Partidazo de Cope,’ compiled by Europa Press, he declared emphatically that “Sevilla manufactured a crippling injury so that the game would not be continued.”

Haro detailed the expert report in Betis’ hands on what transpired when Jordán collapsed on the ground on January 15, shortly before halftime and with the score at 1-1 in the Copa del Rey round of 16 encounter. The meeting was adjourned till Sunday, with Betica winning behind closed doors.

“It is a judicially valid report, not a Betis report.” “And according to the report, the impact’s speed could not have resulted in a crippling injury (to Jordan),” continued the Betis president. Manuel Pellegrini, the Verdiblanco coach, had previously pushed his club’s position following the match, criticizing the conduct of the fan, who should never hurl anything, but also requested an investigation into what transpired later.

“There was no way the impact could have caused an injury.” And it’s not just my opinion; science backs it up. “That hit has a 3 joule energy, which is similar to a half-empty glass of water,” Haro said on Thursday. “It is quite evident that neither the president nor the vice president make the call to Martagón.” He continued, “I did not witness Monchi speak on the phone.”

The Betis scheme would begin with a telephone discussion between the Sevilla delegate and a series of instructions that he would later issue to various players. “The video contains a lot of information,” Haro said of the evidence gathered in the study. “The individual who launched the object is the first person liable, but those who replicated it are the next,” he explained.

“Jordán’s medical report says he doesn’t have a crippling injury.” In fact, the medical advice is for him to take an Enantyum and return home,” revealed Haro, who admitted that the “ridicule of Betis players and management” bothered him. “It appears to be a parody of an athlete who has been assaulted, and I despise them,” he stated.

Several Betis players criticized the performance of the opposing coach, Julen Lopetegui, for urging Jordán to fake dizziness and fling himself to the ground the same night the match was suspended. Pellegrini inquired the next day, “to know if a plastic stick causes trauma,” and “it demands an inquiry.”

Due to “the very serious incidents” of the derby, the Permanent Commission of the State Commission against Violence, Racism, Xenophobia, and Intolerance in Sport requested the temporary closure of Benito Villamarn for a month, while the RFEF Competition Judge determined the stadium’s closure for two games.