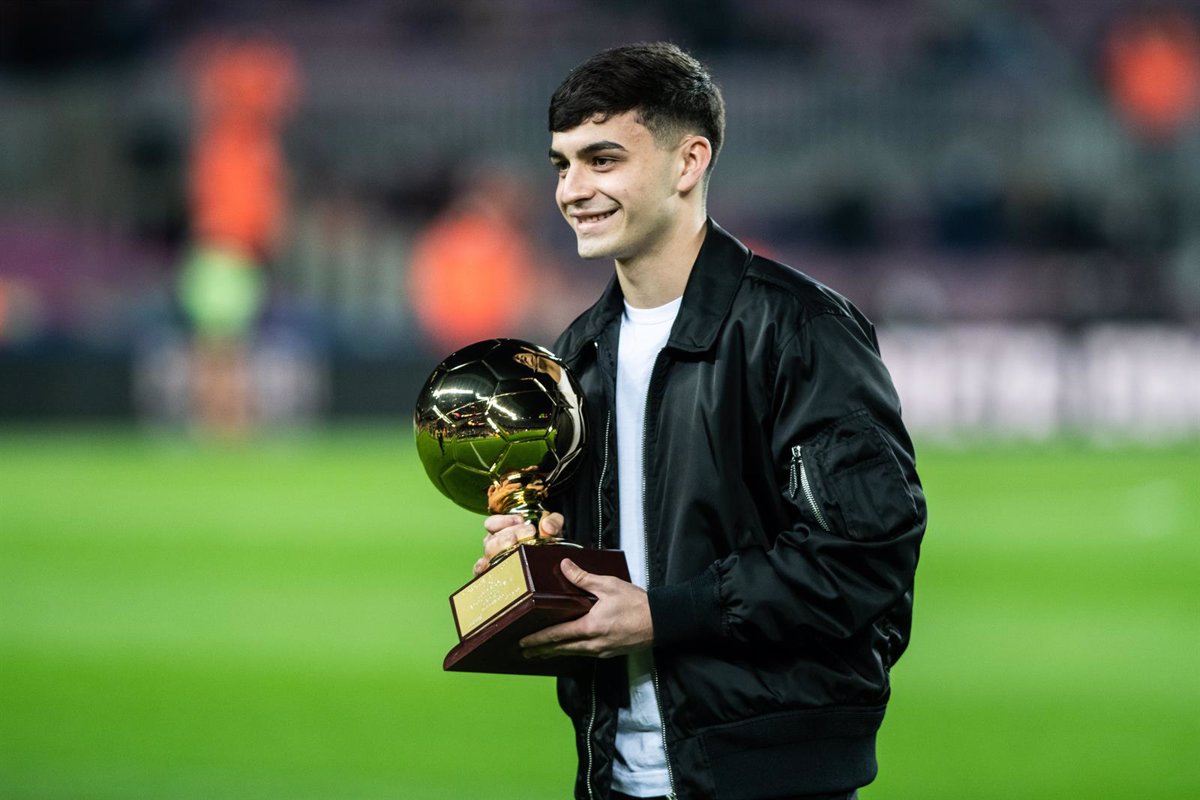 Pedro ‘Pedri’ González, a member of FC Barcelona and the Spanish national team, stated that working with Xavi Hernández in the Blaugrana team is a “pleasure” for him, and anticipated that they will progress a lot under his guidance because the de Terrassa knows football “like few others.”

“As a Barcelona player, he is a source of pride; as a footballer, and especially as a midfielder like me, he is a source of privilege. I didn’t know Xavi personally, and despite my reservations, he is demonstrating on a daily basis that he knows football like few others “, he assured in quotes collected by Europa Press in the first global edition of ‘GQ SPORTS.’

In this regard, he stated emphatically that all of the players will “learn and improve” with Xavi. “We’re going to have a lot of fun with him and the team he’s putting together,” the Canarian midfielder added.

“I value his proximity and his ability to communicate what he sees and wants at all times. He has always been a yardstick for any midfielder, both tactically and technically “In this regard, a Pedri who had recently recovered from an injury was acknowledged.

He also praised the locker room atmosphere, which he said as “really good.” “Not just among the young, but also among veterans. ‘Busi’ and I, for example, get along swimmingly. Eric, Ansu, and Ferran Torres are three of my closest buddies “He admitted it.

“These months of unemployment have helped me develop, recognize what I need to work on and improve, and realize how quickly everything has happened and how fortunate I have been. But, certainly, I have no regrets about what has happened to me so far. Nothing would I alter, “”It was a difficult first season in the elite,” he remarked.

On the other hand, he expressed gratitude to his former teammate Leo Messi, who is now playing for PSG in France. “I will always be grateful to Leo for all of his assistance, both on and off the field. It was simple to play with him; he is the best in the world for a reason, and it has cost us money to get used to not having him by our side “he stated

On a more personal level, he realized that football is his life. “I’m doing what I’ve always wanted; I hadn’t considered other possibilities,” he stated, despite the fact that “logically, my family and people are equally as essential.”

“As a true islander, I adore the sea, which is also close by, however I get enraged when I visit the beach and see the trash. I always make an effort to pick up two or three pieces of trash and place them in the trash can. It isn’t very expensive, and I believe it is essential. That is why I work with the Kick Out Plastic Foundation as an ambassador “He said this while exercising in support of the environmental cause.

Despite the fact that his life in Barcelona is “extremely peaceful.” “When I’m not training, I enjoy staying at home and watching TV shows or playing board games, ping-pong, or ‘Play’ with my brother. I now live with him, and my parents now come to see us on a regular basis “Added he.