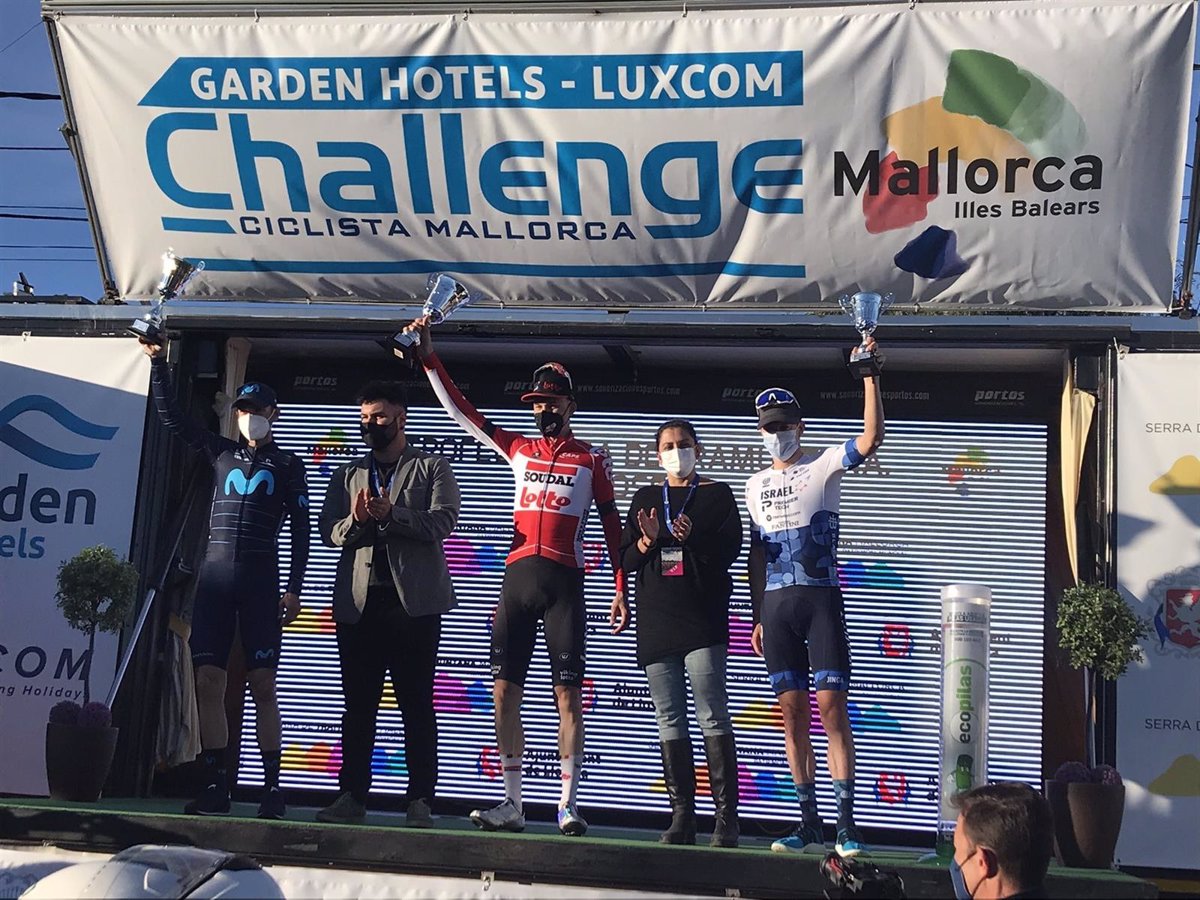 The Belgian cyclist Tim Wellens (Lotto Soudal) won the Serra de Tramuntana Trophy, disputed with start and finish in Lloseta over 158.9 kilometres, after a tight and controversial sprint with the Spanish Alejandro Valverde (Movistar Team), second.

It was the technical jury of the competition who, after reviewing the uphill arrival at Lloseta, decided that Tim Wellens was the winner of the trophy, considering his action on an Alejandro Valverde who was locked up against the goal fences clean.

Within a tight group that attacked each other without completely dissolving in the Coll de Puig Major (1st), with 14.6 kilometers at 6 percent on average, and in which the Mallorcan Enric Mas, teammate of the ‘Bala’ at Movistar, it was Valverde and Wellens who took the last corner, uphill, in the lead.

And when Alejandro Valverde, on the side of the fences, seemed to be overtaking the Belgian, it was seen how the Murcian stopped pedaling and raised his hand complaining about a supposed bad action by Wellens. Finally, the Belgian took the victory, the 33rd in his professional career.

Valverde, Wellens or Mas got into the good break of the day, along with the winner of the Calvià Trophy in this Challenge Mallorca 2022 Brandon McNulty (UAE Team Emirates) or Simon Clarke (Israel-Premier Tech) who was third in the stage, for ahead of McNulty and with Kobe Goossens (Intermarché) fifth.