Argentina meets Brazil in the final of the Copa América 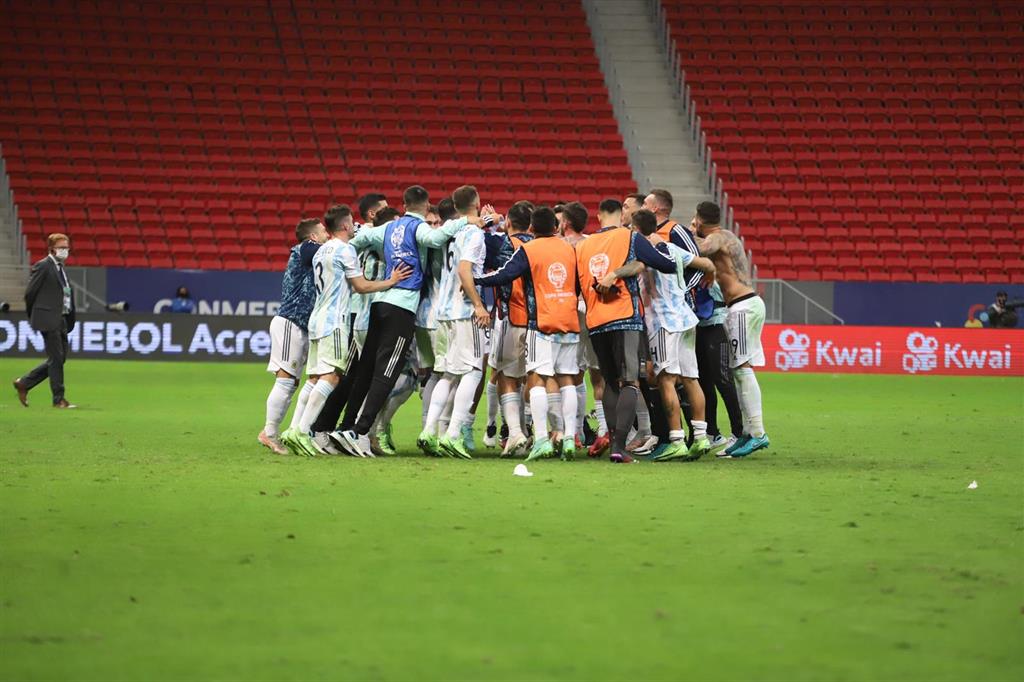 The albiceleste, with goalkeeper Martínez as a hero, suffers to eliminate a combative Colombia

The Argentine team will play the final of the Copa América against Brazil after eliminating Colombia in the semifinals (1-1 and 3-2 in the penalty shootout) in an even pulse where goalkeeper Emiliano Martínez was the hero, stopping up to three of the maximum penalties.

There will be a historic final, a new Classic between Brazil and Argentina, after both teams entered, with more suffering than expected, in the final on Sunday at 2:00 am – Spanish time.

Messi and Lautaro Martínez associated well, they had a very clear chance that he went away just a little, just at the start of the clash, but after Messi’s second assist, the Inter forward no longer failed and opened the can for the Albiceleste team at minute 7.

After Lautaro Martínez’s goal, Colombia did not let go and sought the tying goal. He had it in his boots, first, Cuadrado but his low shot was well deflected by the Argentine goalkeeper Emiliano Martínez, who was already preparing his epic.

Also Wilmar Barrios, this time from outside the area, tried his luck with a poisoned shot that crashed into the base of the post. Colombia squeezed, with faith and specific but very clear occasions like a header from Yerry Mina to the crossbar.

Argentina was also able to make it 2-0 on the way to the final draw, but González failed to finish off the net and Ospina managed to keep Colombia alive.

Already in the second half, in the 61st minute, Luis Fernando Díaz achieved the equalizer by beating goalkeeper Emiliano Martínez after a quick counter, putting his leg despite falling. An action as key as that of Barrios when, as a goalkeeper on an empty goal, he scored a sung goal.

The Argentines also tasted the taste of rival clubs, shot by a Leo Messi who put the team behind his back. But Colombia endured the type until taking the duel to penalties, where Argentina was more successful with three saves from the ‘hero’ Emiliano Martínez.