The Italy of curling dreams with the duo Costantini – Mosaner 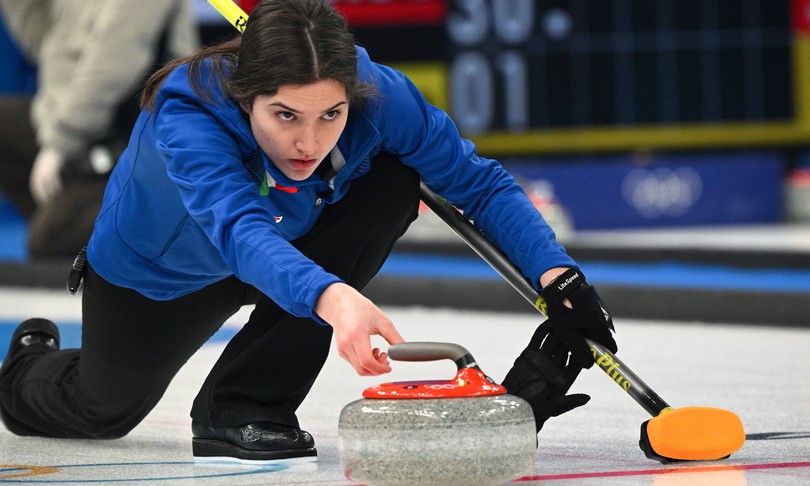 At the Beijing Olympics there is a blue dream in curling, a sport that in Italy does not exceed 400 members and which is practiced mainly in three places: Pinerolo in Piedmont, Cembra in Trentino and Cortina d’Ampezzo. The Italian curling or, to stay on the subject, the ‘little blue stone’, even before the opening ceremony, was definitely highlighted with four victories in as many matches in the mixed doubles.

The architects of this excellent start are a 22-year-old policewoman from Ampezzo, Stefania Constantini and a 26-year-old airman from Trentino, or rather, Cembrano, Amos Mosaner. After defeating in order the United States, Switzerland yesterday and today Norway (11-8) and the Czech Republic (10-2), the Italian couple is in command of the round robin of the Olympic mixed doubles tournament.

Stefania and Amos, trained by Violetta Caldart, former curling player, on the ice of the National Aquatics Center in the Chinese capital – in 2008 in this facility Federica Pellegrini won Olympic gold in the 200 freestyle – are playing very well under the tactical aspect. .

Masterful and incredible was the last stone for the victory point at the extra end of Constantini in the match against the Swiss. The day started a little bit uphill because the Norwegians, runners-up of the world, Kristin Skaslien and Magnus Nedregotten in the first end put the Azzurri in difficulty. The eighth and final end was decisive with Stefania and Amos who placed the decisive partial of 2 to 0.

The task against the Czech Republic was easier thanks to an exceptional conduct of the Italian tandem. “These are two victories that were needed, they are really important to continue the Olympics well – said Costantini at the end of the two matches -. Against Norway, after a somewhat strange start, we held out in a match with mistakes from both sides. We played our best match of the tournament against the Czech Republic with a solid performance, managing to put pressure on our opponents and remaining incisive while always keeping the advantage. Now we need to stay focused to give our best in the next matches. ”