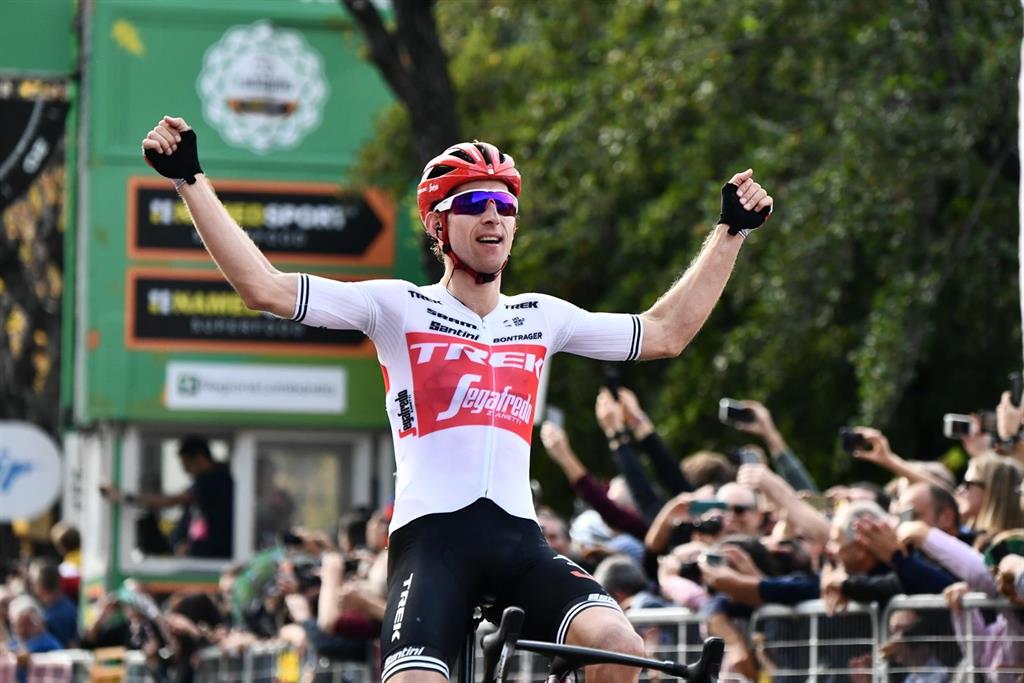 The Dutch cyclist Bauke Mollema (Trek-Segafredo) was awarded this Saturday the fourteenth stage of the Tour de France, a mid-mountain day starting in Carcassonne and ending in Quillan, over 183.7 kilometers, while the leader of the test , the Slovenian Tadej Pogacar (UAE-Team Emirates) kept the yellow jersey without problems.

Mollema, who returns to win a stage of the Tour four years later, attacked 42 kilometers from the end and from very early on he opened up differences with the leader’s group, which was stuck in the ascent to the last second category pass. His advantage, which came to exceed 6 minutes, ended up being definitive after riding 30 kilometers alone.

Finally, Mollema arrived 1:03 ahead of the group of pursuers, where was the Spanish Omar Fraile (Astana-Premier Tech) and where the French Guillaume Martin (Cofidis) stood out, who has placed second in the general. For its part, the peloton with leader Pogacar crossed the finish line at 6:52. The Slovenian will remain at the top of the classification after putting away the yellow jersey without complications.

On Saturday he did not give the truce that many runners would have wanted before reaching Andorran territory and, with two third category ports and three second category ports, he ended up selecting the brave ones who wanted to seek their moment of glory in the French round. Among them, the veteran and experienced Bauke Mollema, great agitator of the stage.

The 34-year-old runner from the Netherlands took advantage of the doubts of his fellow escapees at 42 kilometers for the finish, in a descent where anything could have happened. Mollema gritted his teeth and opened the gap without knowing that it would end up being the final thrust for an outstanding solo triumph.

Mollema went to more and from the group of pursuers no one took the glove of the daring cyclist of Trek Segafredo, who -once passed the top of Col de Saint-Louis- gave a recital to consecrate himself as a winner and smile at the cameras in the absence of less than two kilometers. It was then that he was known as the winner and he was not wrong.

The rest of the group – after the minute – entered without more fuss than those made by Guillaume Martin, who cut Pogacar 5:25. His wide disadvantage does not make him worry about the leadership, but he does climb seven positions in the general classification and place second, at 4:04 behind the yellow jersey, untouchable for the Slovenian, well accompanied by his squires at all times.

This Sunday, the Tour de France faces its fifteenth stage between the towns of Ceret and Andorra La Vella over 191.3 kilometers of route. A tough day with three first-class ports and in between, one second, Col de Puymorens, which can leave important changes in the general classification.