Laura Quevedo and Nogaye Lo, last discards of Spain before the Eurobasket 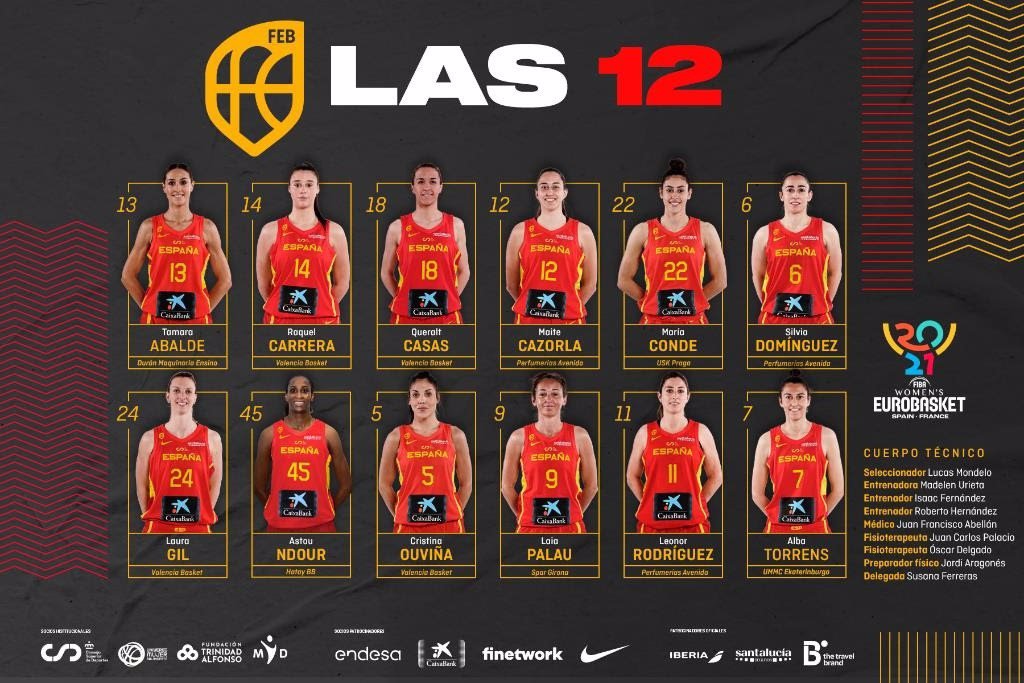 The Spanish women’s basketball coach, Lucas Mondelo, has already defined his team for the Valencia Eurobasket, which will be played from June 17, after announcing this Wednesday that his last two discards are Laura Quevedo and Nogaye Lo.

Thus, the 12 chosen for the tournament are Laia Palau, Silvia Domínguez, Cris Ouviña, Maite Cazorla, Queralt Casas, Leo Rodríguez, María Conde, Alba Torrens, Raquel Carrera, Laura Gil, Tamara Abalde and Astou Ndour. In any case, Quevedo and Lo will remain with the team until the 16th as a precaution against Covid.

The selection has a total of five changes with respect to the squad that won continental gold two years ago in Belgrade, while seven players from that title are repeating. Thus, Mondelo has compensated for the departures of Anna Cruz, Marta Xargay, Laura Nicholls, Andrea Vilaró and María Pina with the entries of Torrens, Cazorla, Rodríguez, Conde and Carrera.

“Nogaye Lo and Laura Quevedo are players with a foot and a half in the national team, but due to different needs they are not among the 12 finals. They will not be in the Eurobasket, but they will continue with the programming and preparation work for the Olympic Games and in case of any setback they can become part of the definitive staff for Tokyo “, Mondelo explained in a statement, who wanted to thank” the great professionalism of both and the great work they have done in these weeks. “

This week, the team will play their last preparation tournament in Valencia, where they will face Turkey on Thursday 10, in La Fonteta at 8:30 p.m., and on Saturday Italy at the same time, both games broadcast live on Teledeporte . On Thursday 17 the team will make their Eurobasket debut against Belarus and the other two teams they will face in the group stage are Sweden and Slovakia.