Novak Djokovic and that dream called the Grand Slam 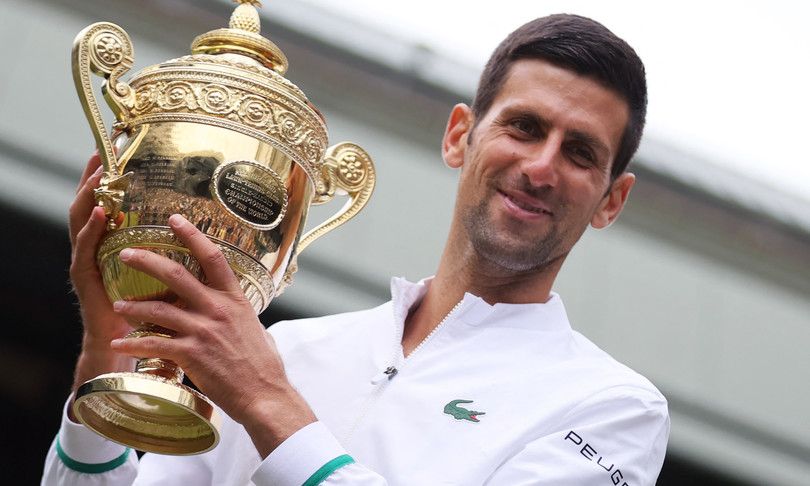 AGI – Novak Djokovic dreams more and more of completing the ‘Grand Slam’ in 2021. After the victories at the Australian Open, against Medvedev, at Roland Garros against Stefanos Tsitsipas, and at Wimbledon against Matteo Berrettini. The Serbian tennis player has arrived just one step away from completing the job and is now aiming to conquer, in the calendar year, also the Us Open, the last great tournament that makes up this extraordinary goal, one of the most prestigious and difficult in the sporting panorama world.

“I hope it can happen. I will definitely try“, he said at the end of the match against the Roman tennis player in London.” I am in great shape and play my best tennis in Grand Slam tournaments. This will be my priority for the rest of my career. “

To understand how extremely complicated all this is, it is enough to remember that the only ones, in the male field, to succeed were the American Don Budge, as an amateur, in 1938 and the Australian Rod Laver, both as an amateur, in 1962 and as a professional, in 1969, after the birth of the ‘open’ era.

Among women, however, Maureen Connolly in 1953, Margaret Smith Court in 1970 and Steffi Graf in 1988 can boast this achievement. The German tennis player, in truth, obtained the Gold Grand Slam because she added the gold medal at the Olympic Games in Seoul to the 4 Grand Slam victories..

The origin of the name is controversial but the most accredited option is the one that assigns paternity to the New York Times reporter, John Kieran. The reporter used it when talking about the successes of the Australian tennis player Jack Crawford at the Australian Open, Roland Garros and Wimbledon in 1933 and the possibility, also winning the US Open, to achieve what in bridge is precisely defined “grand slam”.

It was another champion, Fred Perry, who prevented Crawford from taking the final trophy and made his dream vanish. Djokovic will therefore try to enter the small circle of tennis players who have managed to access the Olympus of this sport. The world number, moreover, has already conquered what is called “Small Slam”, or to conquer the four tournaments in two consecutive years: in 2015 he won Us Open and Wimbledon, twelve months after the Australian Open and Roland Garros.

To keep him company in this small group there are two other champions: Martina Navratilova (1983-1984), again Steffi Graf (1993-1994) and Serena Williams (2014-2015). Furthermore, Djokovic is the only one in his career to have won all the Slam tournaments at least twice. Furthermore, with today’s victory, Djokovic has reached Roger Federer and Rafa Nadal at the top of the ranking of tennis players with the most career Grand Slam tournaments, 20. Followed by Sampras (14), Emerson (12) Borg and Laver (11) ) Tilden (10). In the women’s field, the all-time leader is Serena Williams with 23 ahead of Steffi Graf (22), Chris Evert and Martina Navratilova (18).