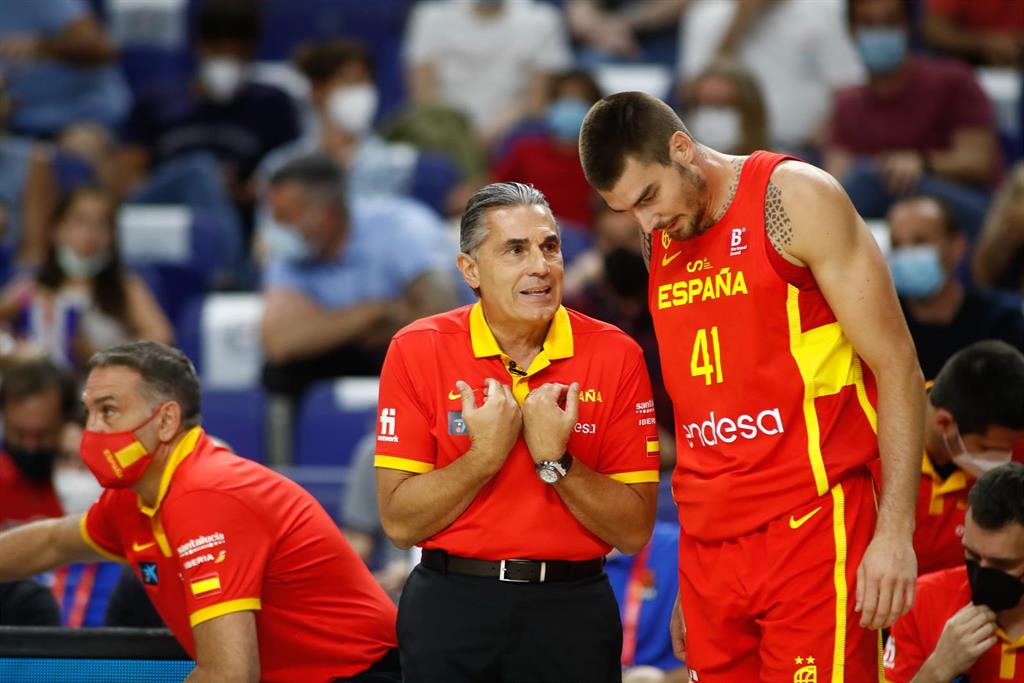 The Spanish basketball coach, Sergio Scariolo, has valued the “titanic effort” that Juancho Hernangómez is making to recover from his shoulder injury and has assured that there is “a remote possibility” that the power forward could play the Olympic Games.

Six days ago, the youngest of the Hernangómez suffered a grade 4-5 acromioclavicular dislocation in his left shoulder during the friendly against France in Malaga and the Spanish Basketball Federation itself ruled out his presence in Tokyo 2020, but now he is part of the expedition of 15 players to Las Vegas, where Spain will play its last friendly against the United States next Sunday.

“The boy is making a titanic effort to be able to be. I believe that the first thing is his health and the guarantee that the recovery is total. There is also his club, which will have to see him in Las Vegas and give his opinion. The doctors and physiotherapists are working with him regardless of what he will finally be able to do. It is a long shot, but this is also one of the reasons why I prefer to rush a little more when saying 12 “, Scariolo explained in statements provided by FEB.

In this sense, the coach has preferred “to have one more day to make a final decision” and work on “some aspect” that he would still “like to be completely clear about” in the game plan of the Olympic team.

“I also think that all the players who have worked so far deserve to live this experience until the last possible moment. Unfortunately it cannot be in Japan, but it can be in the United States and we will also train there for a couple of days, so we It is also important to maintain a high quality of training, “he added.