Mohoric completes the escape and makes a double in Libourne 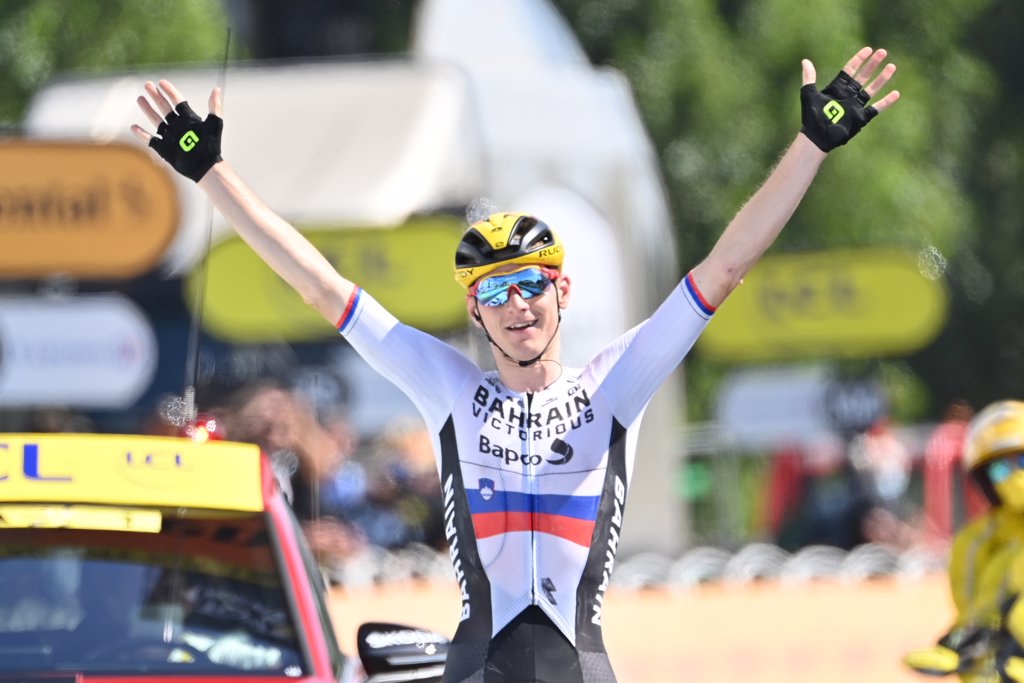 The Slovenian cyclist Matej Mohoric (Bahrain Victorious) has won the nineteenth stage of the Tour de France, of 207 kilometers between Mourenx and Libourne, while his compatriot Tadej Pogacar (UAE-Team Emirates) retains one more week the leader’s jersey of the race, just the day before the second and final final time trial.

On a predominantly flat stage conducive to escape, Mohoric, who had already been part of the first break of the day, jumped out of the front group with 25 kilometers to go and left alone without anyone being able to keep up. With this, he adds his second stage win, after that achieved in the seventh.

Thus, it prolongs the Slovenian party on the Tour, after Pogacar, the undisputed leader of the race, took Thursday’s stage. The 22-year-old had no problems retaining his first place in the general standings, in which he takes 5:45 to Danish Jonas Vingegaard (Team Jumbo-Visma) and 5:51 to Ecuadorian Richard Carapaz, who will have to defend their podium in the Saturday’s chrono.

Without the Canadian Michael Woods (Israel Start-Up Nation) nor the Colombian ‘Superman’ López (Movistar) taking the start, the French Julian Bernard (Trek-Segafredo) and Franck Bonnamour (B&B Hotels-KTM), the Germans Jonas Rutsch ( EF Education-Nippo) and Georg Zimmermann (Intermarché-Wanty Gobert), the Slovenian Matej Mohoric (Bahrain Victorious) and the Australian Simon Clarke (Qhubeka-NextHash) made up the break of the day already in the first kilometers.

With more than two minutes of advantage they faced the ascent to the only level of the day, Bareille (4th), with Zimmermann reigning in the Saint-Server intermediate sprint, while Alpecin-Fenix ​​and Deceuninck-Quick Step pulled the peloton. A fall, with Enric Mas (Movistar) as one of those affected, slowed the pace, but soon the group regained strength.

In fact, up to twenty runners tried their luck jumping out of the peloton over kilometer 80, although with the passage of kilometers the units fell. It was 100 for the goal when the two groups of escapees managed to unite, enjoying more than a minute over the rest.

Already 25 ahead, Mohoric struck the final blow, which led him to reign for the second time on this Tour, ahead of Frenchman Christophe Laporte (Cofidis) and Danish man Casper Pedersen (Team DSM), who entered the finish line at 58 seconds of the winner.

The gala round will continue this Saturday with the twentieth and penultimate stage, a prelude to Sunday’s legendary arrival at the Champs Elysees in Paris. It is an individual time trial of 30.8 kilometers between Libourne and Saint-Emilion, initially planned to decide the winner of the Tour, but this time it will only serve to define the ‘Top 10’ and crown the new king of the chrono after that the leader Pogacar took the other one, in the fifth stage.