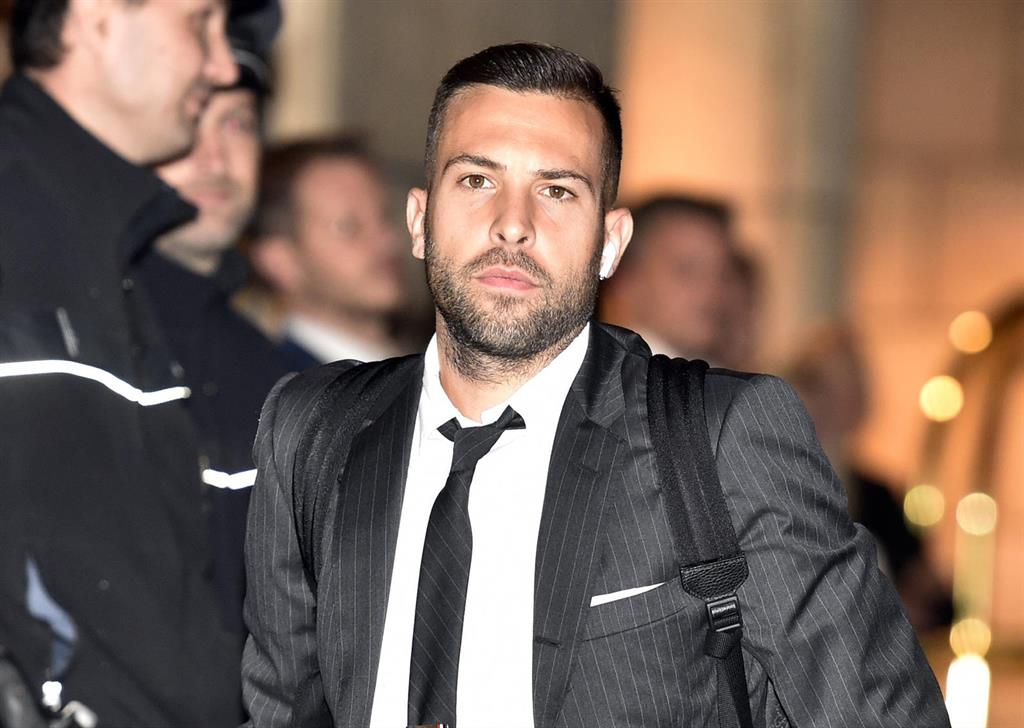 The captain of the Spanish team, Jordi Alba, said that they will be vaccinated against the coronavirus before the Eurocup “because they have seen the ears of the wolf” after the positives of Sergio Busquets and Diego Llorente, in addition to insisting that they are “some errands “and your opinion” does not count “in this regard.

“We have not talked among ourselves about the issue of vaccines. In the end, our opinion does not count. We do not send the orders. If they tell us to get vaccinated, we get vaccinated. We are errands like the one who says it. I do not understand that for some media it seems that the fault lies with the players, “said Jordi Alba in statements to ‘El Larguero’ of Cadena Ser.

“We have nothing to say there. We accept any decision. We must respect all kinds of opinions. I understand that Luis Rubiales asked two or three months ago that it be done before and … it is done now because they have seen the wolf’s ears . If it was not done before, I do not understand such a hurry now. We have to accept everything they tell us, “stressed the FC Barcelona defender.

Asked about the work bubbles and concentration, Alba said he is “looking forward” to getting back to normal. “Yes because it is more fun to work together, you work better with the entire squad, although we already know the idea of ​​the coach, physically we are very well and nothing will change until the debut of the Eurocup. But I liked not training alone”, Alba added.

“I hope he doesn’t go any further and stay there. We are all awaiting the news, it is not a pleasant situation for anyone but I believe that the players and all the staff are complying with all those rules that the doctors tell us. work is being very good, we take precautions and now to continue and focus on what is coming, “he said.

“Busquets? Okay, really wanting to try to recover and hopefully he comes back with us. I’m delighted to be the captain (in his place), I always try to help all my teammates, captain or not. The cap is’ Bussi “And I hope he continues to be him. Koke, Thiago, De Gea, we are several veterans and we try to help the youngest. I think we can contribute a lot,” he stressed.

“WE CAN BE CHAMPIONS”

In relation to the chances of Spain in the European Championship, the Hospitet player said that he sees “the team very well, with great enthusiasm”. “I see all the players well. I don’t know how far we can go, but I have the feeling that we can be champions. Apart from the quality of the players, the coach and the coaching staff work very well, I know how they work and I know what they can give to the group, “he advanced.

“It was a long time since I found that chemistry that exists in a dressing room. The human group is spectacular. We understand each other very well, we all go with the idea of ​​the coach and nobody leaves there,” said Alba, who does not consider himself a leader of the selection. “I have been in the national team for a long time, it is ten years and it is clear that I am one of the oldest but I come with the same humility as always.”

“I think I can help the national team a lot, both in human terms and in football, but there are many leaders in this team and young people have been pushing hard. Ramos? Who is going to deny that a very important player in the national team? years here. It has been an atypical season, he was never injured and unfortunately he has missed many games this season. He is a leader but it is a decision of the coach and I think that those of us who are here are going to do well. The team is very united “, he finished.

On other issues, Jordi Alba defended the continuity of Ronald Koeman, whom he considers to have made a “good management” of the group, wished that Leo Messi continue to wear blaugrana and described the transfer of Luis Suárez to Atlético as almost a “gift”. “It was practically given to a direct rival, I didn’t like it.”