The medal options of Spain in Tokyo 2020: Will there be a record? 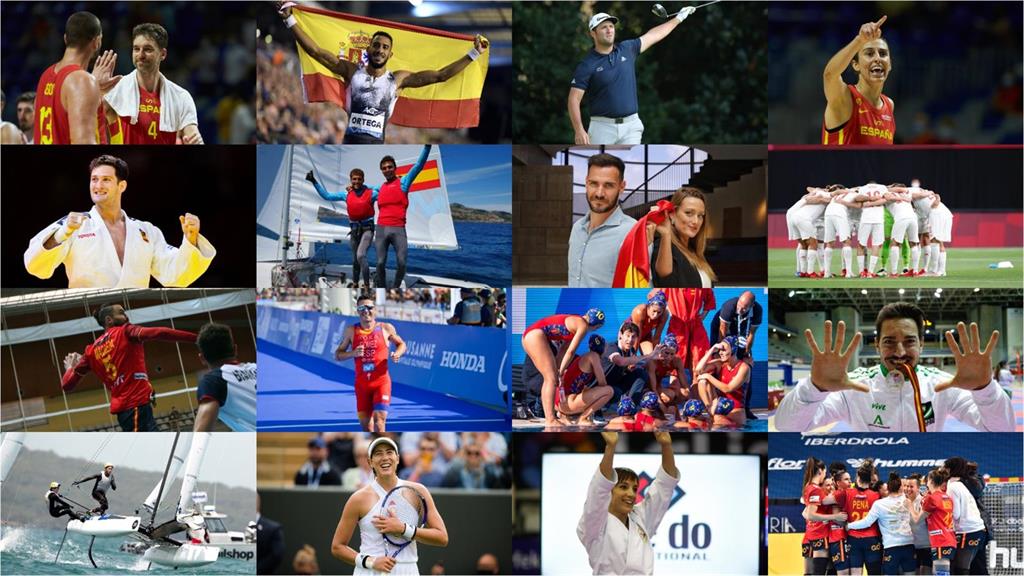 The Spanish delegation faces the Tokyo Olympic Games with sure medal tricks and many others that, according to ranking or latest results, can also be counted as more than possible. “We come with more chances of medals than ever,” said the president of the Spanish Olympic Committee, Alejandro Blanco.

Barcelona 92 ​​is the record date for medals for Spain with 22. Five years ago, in Rio de Janeiro, 17 were added, and from this Friday until August 8, the accounts put the Spanish team around twenty. The competition will put everyone in their place in some Games marked in their preparation and dispute by the covid. We review the sport by sport options.

1. ATHLETICS. Orlando Ortega and Mohamed Katir are two names above the rest within a large delegation with the option of surprise. The hurdler has recovered well and in progression from a long injury, in search of repeating the medal after silver in Rio. Katir, with three Spanish records in a month, arrives motivated to climb one more step in the 5,000 meters that he will play in Tokyo

2. BÁDMINTON. Without the presence of Carolina Marín, current champion, the responsibility falls on Pablo Abián and Clara Azurmendi, who will have a difficult time fighting for the medals.

3. BASKETBALL. Within the toughness of the new basketball format, both the men’s team, current world champion, and the women’s team, bronze and silver in Rio 2016, are candidates for the medal.

4. HANDBALL. Without being overly optimistic about extreme competitiveness, handball could also give Spain that double. The men’s team is the current double champion of Europe, in addition to a World bronze, and the female, runner-up in the world.

5. BOXING. Gabriel Escobar arrives as European flyweight champion (-52 kg) and together with Enmanuel Reyes (-91), with a human history behind which they invite you to take advantage of an appointment like the Games, are the options of Spain within the noble art.

6. MOUNTAIN-BIKE. It will be difficult for Jofre Cullel and Rocío del Alba García to be in the shortlist of candidates for the podium.

7. CYCLING TRACK. Sebastián Mora and Albert Torres are current European champions in the Madison category, a specialty that is once again Olympic and that can bring Spanish metal.

8. CYCLING. The tireless Alejandro Valverde, at 41, is looking for a new feat to add to his extensive record. The ‘Bala’ will have a tough competition with the Tour champion, Tadej Pogacar, Primoz Roglic, Wout Van Aert or Remco Evenepoel.

9. Equestrian. The best option is dressage, but even so it seems difficult that they can repeat the successes of 2004 with the team silver and the individual bronze of Beatriz Ferrer-Salat, still present in the team.

10. SPORTS CLIMBING. The young Alberto Ginés will try to go as far as possible in this new Olympic sport.

11. FENCING. Carlos Llavador will be the only option, in foil, and will try to surprise like the remembered ‘Pirri’ in 2008 after winning the Olympic ticket with a lot of suspense.

12. FOOTBALL. The men’s team is one of the strongest candidates for a medal, even if they did not start their career well with a goalless draw against Egypt.

13. ARTISTIC GYMNASTICS. The innovative Rayderley Zapata is a good option to get on the podium in the floor exercise.

14. GOLF. All eyes are on the Basque Jon Rahm, winner of the US Open and third in the last ‘British’ and who arrives in great shape to qualify for the metals.

16. HOCKEY ON GRASS. The two combined must be in quarters and from there seek their options. The female has been in the semifinals of the last World Cup and the last European, and the male was continental runner-up in 2019.

18. KARATE. It would be strange if Spain did not add two medals in individual kata with the almost unbeatable Sandra Sánchez and Damián Quintero, both world number one and who will have to fight against the hosts.

19. SWIMMING. Mireia Belmonte, a quadruple medalist, will try to add more Olympic successes, although her form is unknown. Hugo González, after his great European, will try to gain experience and get into the final of the 200 styles and 100 backstrokes to aspire to everything. More difficult things seem in the artistic, in open water and jumps.

20. MODERN PENTATHLON. Aleix Heredia will try to score at his best level, although the medals seem far away.

21. CANOEING. The second most successful Spanish Olympic sport (16 medals) aspires to climb the podium several times in calm waters with figures such as Saúl Craviotto, the hopeful K-4, the Paco Cubelos-Íñigo Peña or Teresa Portela couple. In whitewater, Maialen Chourraut, gold in Rio 2016 and bronze in London, Ander Elosegi, David Llorente and Nuria Vilarrubla will want to get into the finals backed by their good international results.

22. REMO. The two without a light helmsman formed by Aina Cid and Virginia Díaz, triple medalists in the last three Europeans, is the best option to aspire to a medal.

23. SKATE. The four young Spanish skaters do not start among the medal candidates in the Olympic premiere of the discipline.

24. TAEKWONDO. This sport has been on the podium in the last two Games and its four representatives want to maintain that streak. Javier Pérez, by ranking, seems the best option.

25. TENNIS. Rafa Nadal’s shadow will be lengthened in Tokyo. A double ‘Grand Slam’ champion like Garbiñe Muguruza may be the best option if she is able to manage the Olympic challenge, while Pablo Carreño has the best ranking for the men’s tournament.

27. SHOT. Fátima Gálvez has been knocking on the door of the Olympic pit medal for a long time and her partner with Alberto Fernández for the mixed is a good option.

28. ARC SHOT. Daniel Castro and Inés de Velasco are the young Spanish representation with nothing to lose.

29. TRIATHLON. Gómez Noya and Mario Mola, two colossi of this sport in experience and record, are clear contenders for a medal in Odaiba, as well as the trump card of the mixed relay.

30. CANDLE. The sport that has given the most Olympic medals to Spain continues to boast a good level for Tokyo. Joan Cardona, current world runner-up in the ‘Finn’ class, Jordi Xammar and Nicolás Rodríguez, bronze in the World Cup and silver in the 470 European Championship, and Tara Pacheco and Florian Trittel, from Nacra17, lead their world rankings and are good assets , and Silvia Mas and Patricia Cantero aspire to the podium in the 470.

31. BEACH VOLLEY. Baquerizo-Fernández and Gavira-Herrera will try to go far in a difficult tournament.