Badosa, Carreño, Davidovich and the Muguruza.Suárez doubles advance in Tokyo 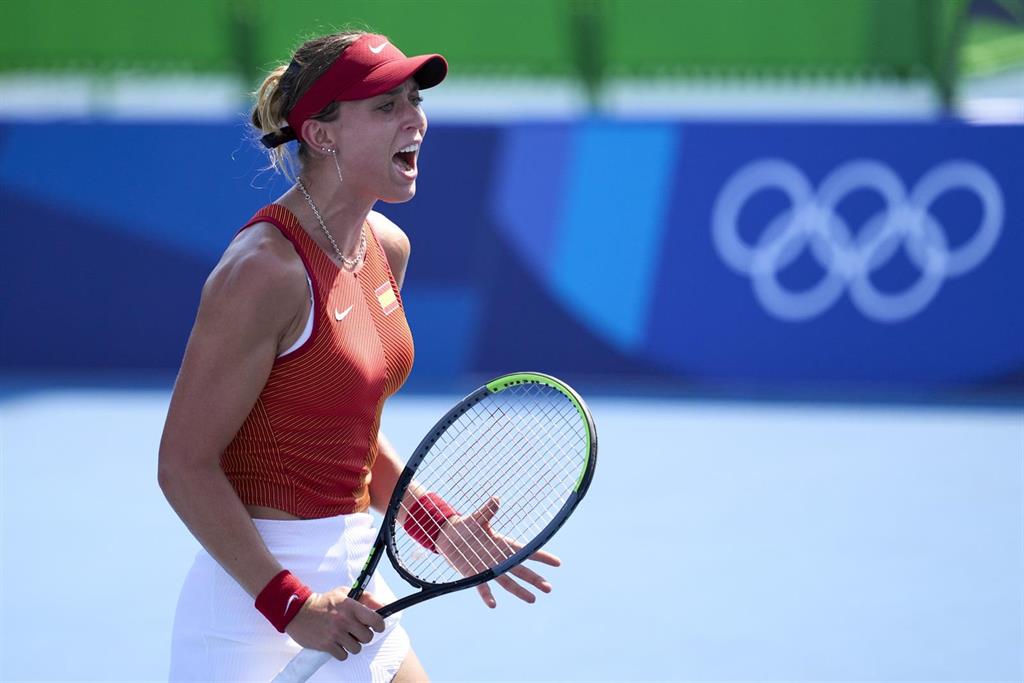 Spanish tennis players Pablo Carreño, Alejandro Davidovich and Paula Badosa have advanced in the individual table of the Tokyo Olympic Games, while both Roberto Carballés and Pablo Andújar have been eliminated, and Garbiñe Muguruza and Carla Suárez have debuted with a victory in the table women’s doubles.

In the Ariake Tennis Park, Carreño, number 11 in the world, barely needed an hour and a half to overcome the American Tennys Sandgren, before whom he needed six break balls to break his first service of the match.

The North American responded with a ‘counterbreak’, and the Spaniard went ahead again with a new break in the fifth game. Sandgren again neutralized his ‘break’ and even got to take the lead for the first time (4.5), but Carreño won the rest again in the eleventh game to later confirm the break with his serve.

Already in the second round, two new breaks allowed him to win the contest, which cites him with the Croatian Marin Cilic, number 36 in the ATP ranking and who this Saturday defeated the Brazilian Joao Menezes (6.7 (5), 7.5, 7.6 (7)).

Alejandro Davidovich also went ahead, defeating Portuguese Pedro Sousa (6.3, 6.0) in his Tokyo premiere. With 5.1 in the first set, the man from Malaga missed three set balls, but did not forgive in the fourth in the ninth game. With a ‘donut’ he closed the second sleeve, and now he will face the Australian John Millman.

In the women’s draw, Paula Badosa had to come back in her debut against the French Kristina Mladenovic (6.7 (4), 6.3, 6.0), after she took the first set in the tie.break ‘after two breaks for each contestant.

A solitary break in the second game of the second set, before lifting three break balls, allowed him to equalize the game, which fell definitively on his part and which he solved by winning all the points of the third set. The Barcelona woman will now have a tough commitment to the Polish Iga Swiatek, number eight in the world.

On the other hand, the Tenerife Roberto Carballés and the Cuenca Pablo Andújar said goodbye to the tournament, who fell in their commitments against the Georgian Nikoloz Basilashvili (6.3, 6.2) and the French Ugo Humbert (7.6 (3), 6 .1).

Finally, in the women’s doubles draw, the pair formed by the Spanish Garbiñe Muguruza and Carla Suárez debuted with a victory against the Belgians Elise Mertens and Alison Van Uytvanck (6.3, 7.6 (4)), who allows you to face the winners of the duel between the Swiss Belinda Bencic and Viktorija Golubic and the Japanese Shuko Aoyama and Ena Shibahara.

The tennis player born in Caracas and the Gran Canaria started with a 3.0 that their rivals managed to neutralize in the seventh game (4.3), but a ‘contrabreak’ gave them the victory in the set. A break for each pair forced to elucidate the second set in the ‘tie.break’, where the Spanish were better.