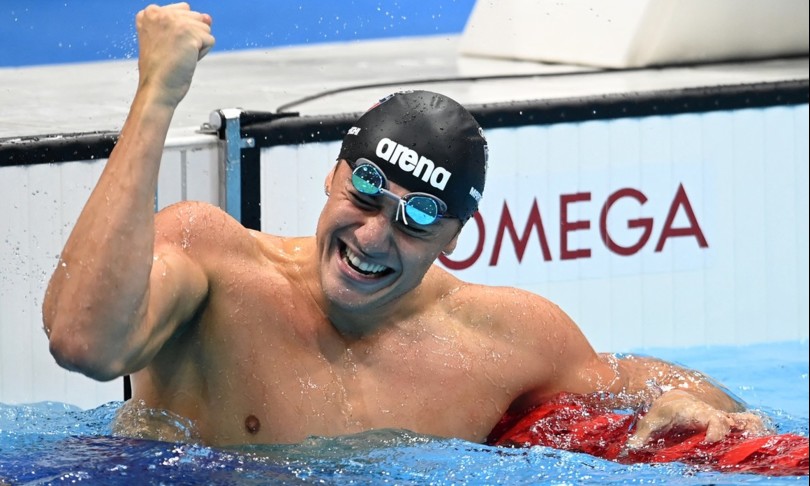 ` – Tokyo, July 26 – A historic 4×100, the flash of Nicolò Martinenghi, the confirmations of Diana Bacosi and Daniele Garozzo. Italy closes the third day of the Olympic Games with three silvers and a bronze. A Monday illuminated in the morning by the blue companies of the Tokyo Aquatics Center.

Martinenghi thought about opening the dance: the young Lombard, 22 years old next Sunday, gave himself a gift in advance, winning the bronze medal in the 100 rana– “I have had the reputation of the young rising star many times and today I finally took off the weight of this promise that has become a bit of a reality. This competition is my international consecration”, exulted Martinenghi just before attending the masterpiece by day signed by the Italian 4×100 freestyle.

Alessandro Miressi, Thomas Ceccon, Lorenzo Zazzeri and Manuel Frigo made history by closing in 3’10 “11, a new Italian record, beaten only by the United States (3’08” 97). “We are very happy, we were really good, a great relay – declared Alessandro Miressi – We are really happy and happy with this silver”.

“We knew we had a good chance of a medal – explained Thomas Ceccon – Olympic silver is not something for every day”. “I have no words, we have written a beautiful page of history”, admitted Lorenzo Zazzeri, while for Manuel Frigo a similar goal “was unthinkable only three years ago”.

Expected, even if not at all obvious, the confirmation of Diana Bacosi in skeet– The Olympian from Rio led an almost perfect race, leading the dances in the final for a long time until the decisive clash with the American Amber English. The tension, however, played a bad joke with two decisive errors. “After five years we are still here – the blue shooter rejoiced – I still wanted to do well and I’m more than satisfied. In the last 10 targets my head has played a bad joke, but the silver medal has arrived and I want to dedicate it to all the Italians who have suffered so much in this period “.

Disappointment instead for the other Olympians of the skeet shooting, Chiara Cainero and Gabriele Rossetti, eliminated in qualifying, and for Tammaro Cassandro, who after a perfect qualification raised the white flag in the final. Equally important confirmation for Daniele Garozzo in men’s foil: The Rio Olympian came a step away from gold, but had to surrender 15.11 in the final to Hong Kong athlete Cheung Ka Long.

A precious silver but with a hint of bitterness in the mouth for the blue. “It hurts a lot – admitted Garozzo – My opponent shot better than me, there is little to say. I left the center of the platform too much, while he was very well”. Fabio Basile, on the other hand, was unable to repeat himself: engaged in the .73 kg category judoka, gold medalist at Rio 2016, immediately raised the white flag. Disappointment also for Simone Alessio, who stopped in the quarter.finals of the taekwondo tournament, category .80 kg.

Leonardo Fioravanti’s adventure ended in the second round surf, its debut as an Olympic discipline. Misstep for the Azzurri of volleyball, who after suffering for a long time against Canada have clearly succumbed to Poland. Two defeats against Japan and the USA for the 3×3 basketball girls, who, however, can still play for the qualification to the quarterfinals against the Russian team.

In chiaroscuro, the day of the tennis: Camila Giorgi and Fabio Fognini broke the ticket for the second round, while Lorenzo Sonego was eliminated both in singles and in doubles (together with Musetti), as well as the couple formed by Errani and Paolini. Finally, in the evening, Federica Pellegrini’s debut arrived: in her 200 style the Venetian struggled, however, detaching the ticket for the semifinal with the 15th time. “It will be a difficult climb but I will try with all my strength”, assured the Olympian. And Simona Quadarella will certainly try, too, who hit the final of the 1,500 with the fourth fastest time.