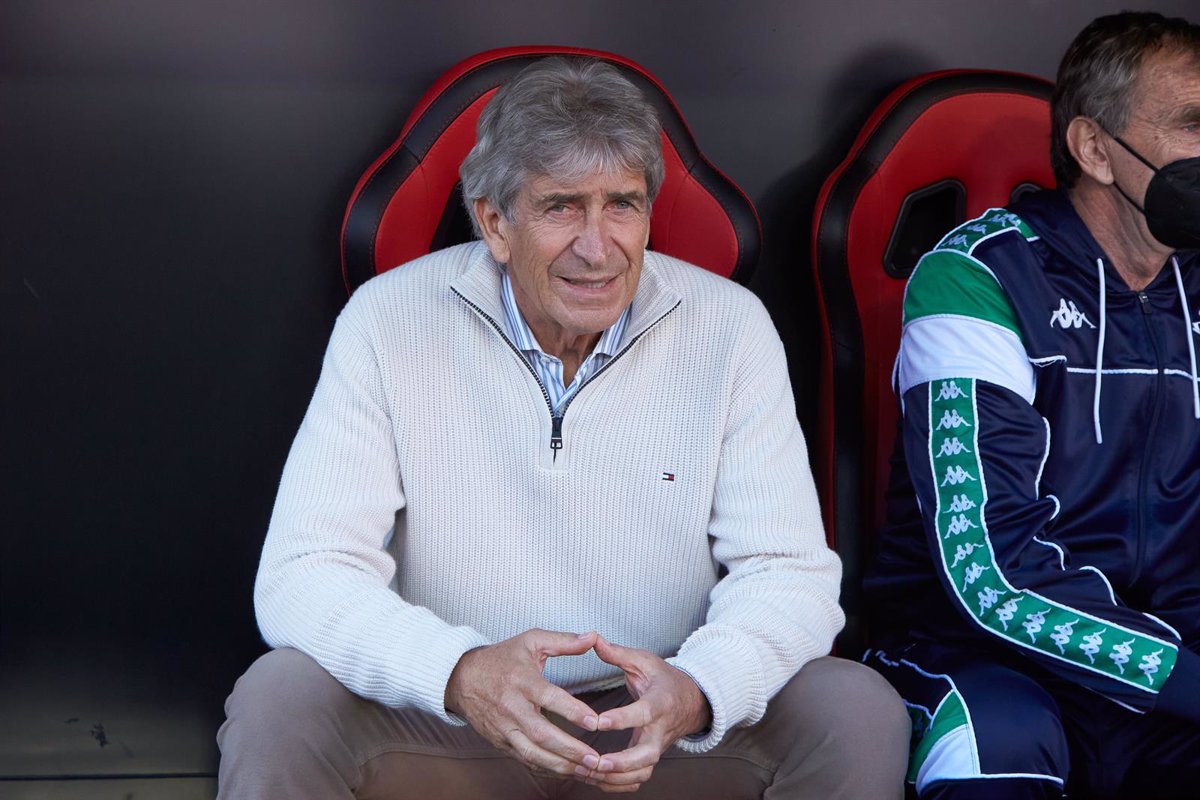 Manuel Pellegrini, the coach of Real Betis Balompié, stated that this Sunday’s game against Atlético de Madrid (9:00 p.m.) is “Champions” in terms of the value of getting a ticket for next season, as well as stressing the importance of capitalizing on the “confidence” gained after receiving a pass to the Copa del Rey final only two days ago.

“It will be a challenging encounter; Atlético de Madrid is one of the most significant teams in the world, and they are constantly vying for the league title and the Champions League. To our credit, we are ahead of them on date 26; it is a Champions League encounter, and we aim to put up a solid fight against a tough opponent “, said Pellegrini during a news conference.

When asked about the injuries, the Verdiblanco coach said that “lex Moreno, Bellern, Montoya, Miranda, Camarasa, and Canales, who are suspended, have been ruled out for this Sunday’s game.” “The others are ready to be summoned. Tomorrow, we’ll look at the options “Added he.

“Because so many games are played in such a short period of time, there is not only the risk of injuries, but also the prospect of a completely new team facing the next opponent. Fortunately, the individual performances of the players always support this up. It’s not about rotating for the sake of rotating; it’s about seeing them workout and having the confidence to begin games with them “he stated

“That ‘exhaustion’ goes hand in hand with the satisfaction of being able to compete in three different competitions; if we weren’t watching it on TV, the squad’s motivation would be different. in each of the three competitions as high as possible “He made a point about it.

Pellegrni also believes that “it is critical to be absolutely open about what has transpired this season.” “We won’t be playing in the Copa del Rey for another month and a half. We are playing for a Champions League spot against Atleti, which would be a fantastic achievement for the club, the players… and that ambition must be present and reflected “he stated

“Not only being in Europe, but we have fought to be in the Champions League for the past 26 years,” he said. “Forgetting all the emotions of Thursday after qualifying for a final that does not allow you to reach the Champions League,” he added. “LaLiga allows it like this, and hopefully we will see a group with that ambition in every minute of the match.”

Pellegrini did not say whether Atlético had the finest squad, but he did say that “without a doubt” Atlético, along with “Real Madrid and Barcelona, have the three best squads in LaLiga.” “Sevilla and Villarreal are a little step behind, with a budget that allows them to compete in the Champions League. They are clubs that have the financial means to bring in the players they desire “He came to a conclusion.