HNL Arijan Ademi visited a mural made by Dinamo fans 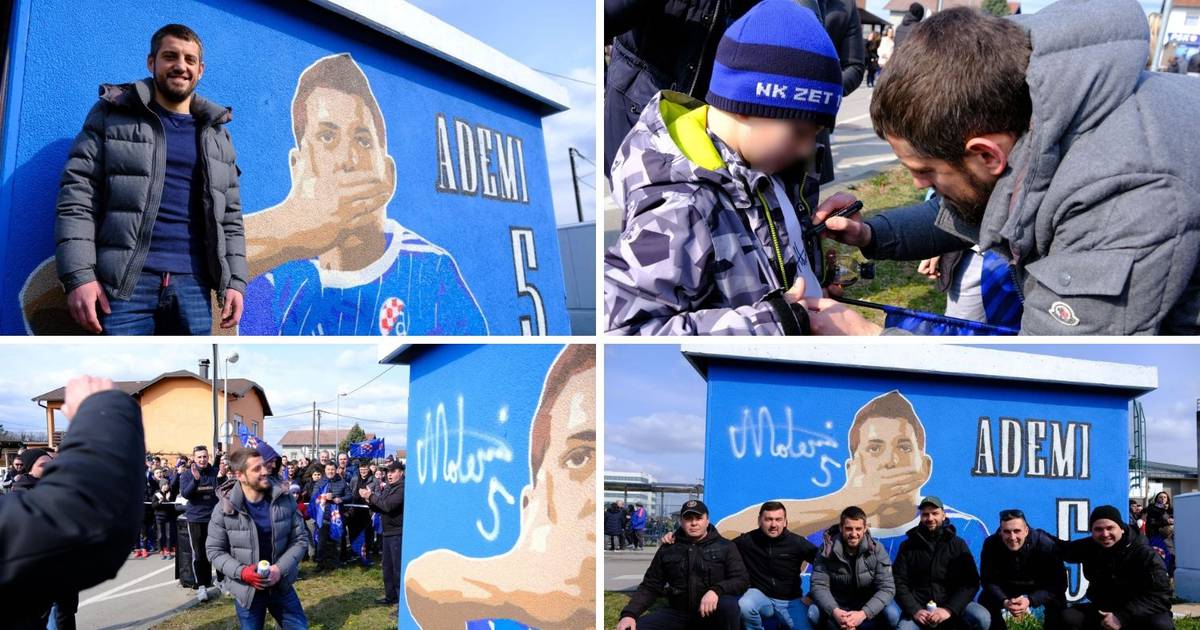 Played for Dynamo for more than a decade, he became the most trophy-winning player in the club’s history, the absolute record holder of the ‘blues’ in the number of appearances in European matches, and also the seventh on the list of the best scorers of the Maksimir club in Europe.

Dinamo captain Arijan Ademi played 330 games for Dinamo in all official competitions and became the first active Dinamo player to whom fans dedicated a mural. With this effect, he is currently third on the list of players with the most official appearances in the history of Dinamo with a realistic chance of taking second place by the end of the season. He scored 34 goals, according to the official Dinamo website.

This Sunday, the captain of the ‘blues’ took part in the opening of the mural that Dinamo fans made in his honor. His ‘five’ with a captain’s armband was painted by Zagreb artist Antonio Jurčević Jurča with the help of fans from Petruševac.

On Sunday, several hundred fans, children and residents of the mural district of Zagreb gathered in a fantastic and positive atmosphere to welcome and greet the captain of the Blues and to thank him for everything he has given Dinamo so far.

A mural was made next to it Elementary schools Žitnjak. Although it is not actually a practice to draw active players of the club, this is proof of how much of a trace the captain of the Maksimir club has already left. At the end of last year’s competition, Ademi won a total of 19 trophies in the Dinamo jersey by winning the double crown. Concluding the match against Seville he played 92 European matches for the Maksimir club, which is 16 more than the previous record holder Sammira. So far he has scored 11 goals in European matches and thus shares seventh place with Marija Mandžukić.

After hundreds of photos taken, signatures shared and souvenirs at the gathering with the fans, Arijan Ademi left his graffiti autograph on the mural and addressed the fans and thanked them from the bottom of his heart for this wonderful gesture.

– First of all, I would like to sincerely thank everyone from the bottom of my heart. This is a big part for every player and so for me. I am overjoyed and proud of the mural that the fans dedicated to me. Here we will do everything to keep the title in Zagreb this year as well – said Arijan Ademi to the delight of all gathered fans.