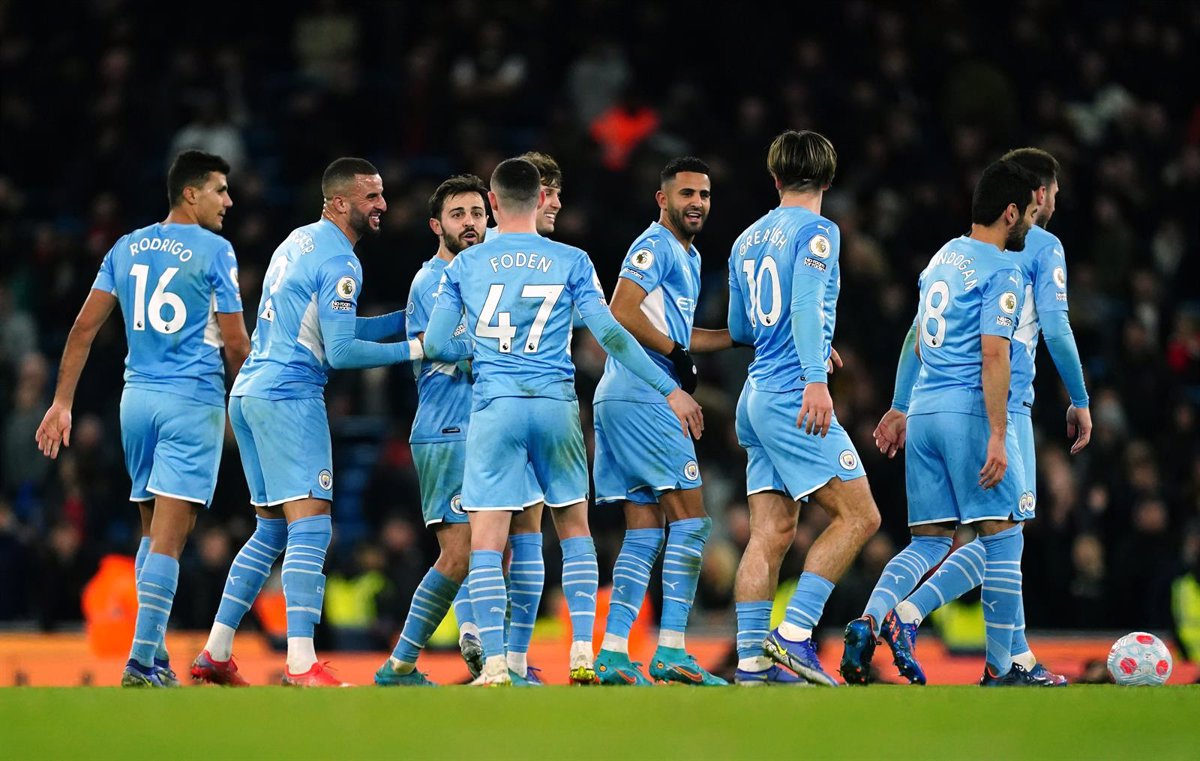 Manchester City scored the derby against United with quality, dominance and goals on matchday 28 of the Premier, 4-1 to respond in the lead to the stalking of Liverpool, while Arsenal signed three important points (2-3 ) against Watford to become strong in fourth place.

Pep Guardiola’s men shone in front of their fans and dominated especially in the second half. Kevin De Bruyne was the best of the match, with two goals in the first half and an assist afterwards. The Belgian made it 1-0 after five minutes and Sancho responded with a great goal for United in the 20th minute.

The derby seemed to be one on one, but the further march of City blushed United. In the local siege, De Bruyne also scored the second and, after the break, Mahrez was the one who scored the goals with a brace. City leaves United knocked out, one point behind Arsenal in fourth place but with three more games to play.

Guardiola’s men add 69 points to the 63 of a Liverpool team that got very close on Saturday by beating West Ham. The battle continues, since City has one more game than the ‘red’ team.

In the wide fight for fourth place, Arsenal seems to take advantage, taking advantage of the other results. Mikel Arteta’s men exchanged goals with Odegaard, Saka and Martinelli, giving the Gunners their fourth victory in a row.

–RESULTS AND PROGRAM OF THE DAY 28.