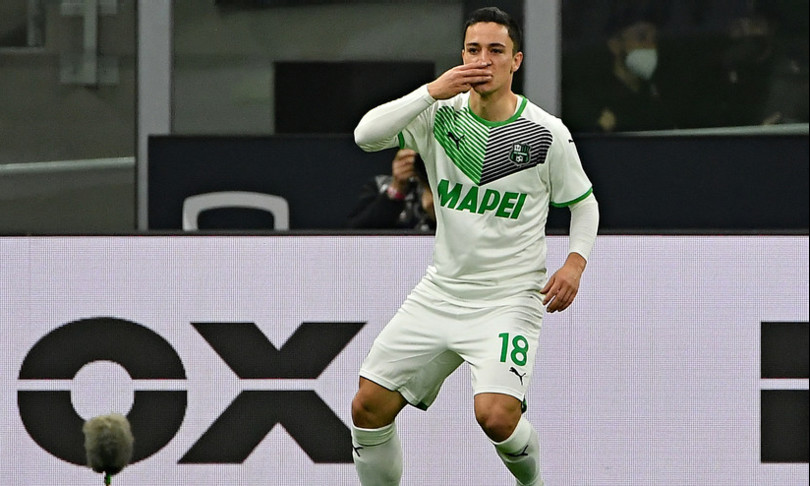 The blue trident Raspadori-Berardi-Scamacca drags Sassuolo to a 4-1 victory on the pitch of a Venice increasingly at risk of relegation and unable to win at home even since last November 7 against Roma.

Instead, the others in the league ended in a draw Genoa-Empoli, finished 0-0; Bologna-Turin 0-0 and Fiorentina-Verona 1-1.

Sassuolo took 90 seconds to take the lead, thanks to Giacomo Raspadori, able to take advantage of a rebound with Svoboda and beat the innocent Romero from close range.

The advantage gives confidence to Dionisi’s men who find the doubling in the 19th minute thanks to Berardi’s penalty kick, decreed by the Var who punishes a hand ball by Aramu on a header by Frattesi. Not perfect execution of the Emilian left-handed but good to mock Romero.

Argentine goalkeeper guilty instead of the second penalty of the day, only eight minutes later, for a foul intervention on Berardi. This time Scamacca goes from eleven meters and achieves the momentary 0-3. Venezia seems to be in disarray, but finds the strength to shorten in the 34th minute with Henry, good at going around the net with a header from Mateju’s kiss assist.

The former Brescia full-back is likely to reopen the match again with a header, calling Consiglio to overtime.

Start of recovery in a completely different way for the lagoon people who pushed hard putting Sassuolo in difficulty, saved in the 55th minute by captain Ferrari who sacrificed himself on a right-footed shot by Fiordilino. After the maximum effort, however, the fourth guest goal arrives, with the third penalty of the day, earned by Raspadori for a foul by Svoboda. From eleven meters Berardi still realizes with Romero who senses again without luck.

Four from the end, a new penalty, this time for Venice, again after Pairetto’s consultation with the Var. Aramu, however, finds the great response from Consiglio who fixes the result at the final 1-4.

Fiorentina and Verona cancel each other out, 1-1 to the Franchi

The mid-high ranking clash between Fiorentina and Verona ends in a draw, and the Franchi does not go beyond a 1-1. Caprari responds to Piatek’s goal on a penalty: the Italian team rises to 43 points, while the yellow and blue of Tudor remain just behind at an altitude of 41. It is the hosts who break the balance after about ten minutes, thanks to a counterattack lightning led by Ikone, who kicks finding a rebound on which Piatek pounces.

The right-footed by the Pole beats Montipò and is worth 1-0. However, another ten turns of hands pass and the episode arrives that allows the guests to equalize: Lasagna anticipates Milenkovic in the area undergoing a foul that causes the referee to whistle the penalty, created by Caprari for the 1-1.

Close to the interval the yellow and blue also fail a good chance to overturn everything with Lasagna, who face to face with Terracciano lets himself be hypnotized by the purple goalkeeper. The first steps of the second half are all in favor of Fiorentina, who failed to double in the 57th minute with Torreira, imprecise in front of goal on an assist from Callejon.

A little later Piatek and Torreira himself try again, whose conclusions in the area of ​​first intention end very close to the side. The equilibrium also resists in the final part of the race, despite the Italian team trying to the last, but with no luck.

Only the goal was missed in Genoa and Empoli, with the two teams impacting 0-0 at Ferraris after a good overall performance by both. The first chance is for Andreazzoli’s men, who are close to the advantage in the 8th minute when Bajrami kicks a free-kick from the edge just high.

The guest number 10 severely committed Sirigu two minutes later, with the national team goalkeeper rejecting a powerful but central shot with some difficulty.

At 18 ‘it is the Ligurians who touch the advantage with Oestigaard, who hits a good header after a corner but Asllani miraculously saves on the line with the goalkeeper beaten. Shortly after it is Maksimovic who tries to head from the corner but his attempt ends up a little high.

In the final, the rossoblùs attempt a last assault but without results, with the score that will never change.

For Empoli comes a draw that moves the standings, with the newly promoted reaching Bologna in 12 place at 32.

A point instead not very useful for a Genoa that, with 18 points to its credit, remains penultimate at 7 lengths of delay from the safety zone.

Bologna and Turin do not break through, at Dall’Ara it is 0-0

The challenge of Dall’Ara between Bologna and Turin ends with white nets. The teams of Mihajlovic and Juric do not break through and remain practically in contact in the standings, rising respectively to 33 and 34 points.

Not much happens in the early stages of the match, with the duel between rossoblu and grenade that lights up only from half an hour onwards. The first to touch the goal are the guests with a header from Djidji from a corner, foiled with a super reflex from Skorupski.

Ten minutes later the Emilians are also dangerous with a corner kick beaten by Orsolini in the direction of Svanberg, who kicks on the fly finding Rodriguez’s detour.

After 38 seconds from the start of the second half, Toro has a giant goal ball for the advantage, but fails with Brekalo who, with all the mirror available, hits the outside of the post.

With the passing of the minutes the rhythms are lowered further and in fact practically nothing interesting happens until the triple whistle.