Gymnast Ivan Kuliak (20) wore the letter Z, what does it mean? 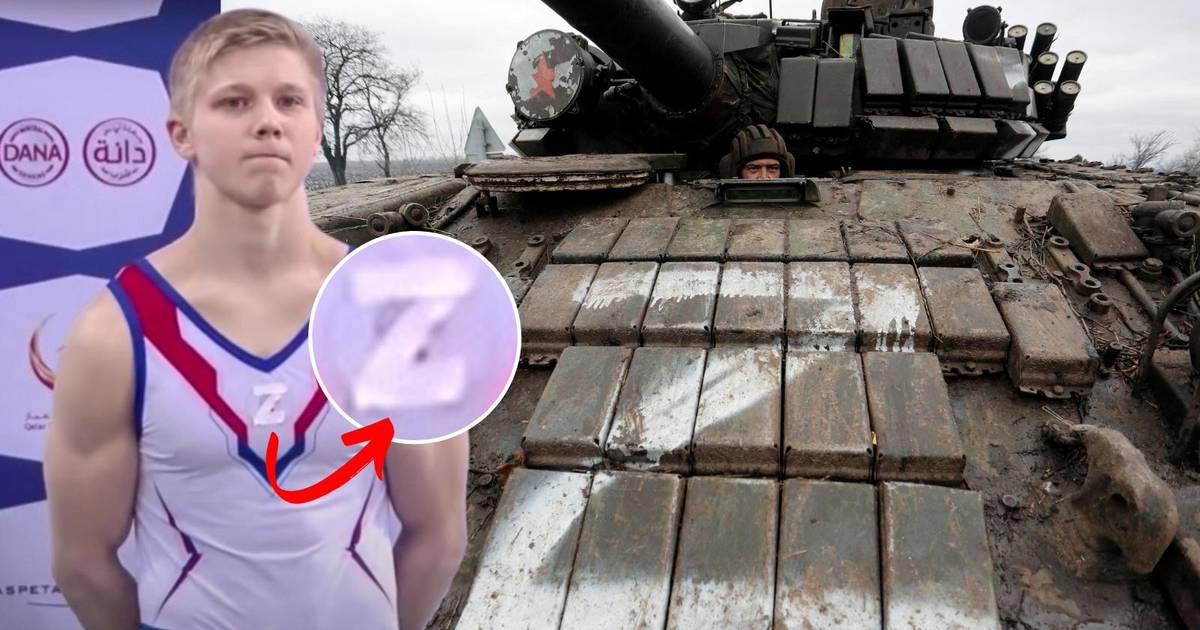 Already on the first day of the Russian invasion of Ukraine on February 24, the world was flooded with shots of military vehicles of the occupying army with the letter Z on it. Over time, it became an infamous symbol of the suffering of the Ukrainian people.

Gymnast Ivan Kuliak (20) wore the letter Z on his overalls during his performance at the World Cup in Doha, where he finished third in the two-height lunches. The World Gymnastics Federation has opened an investigation against him.

But what does the letter Z actually symbolize?

There are several possible meanings. Some say it means the first letter of the exclamation “for victory”, others that it is a sign for “west”.

Many first thought it was number 2, which represents February 22, 2022, the date when Russia recognized the pro-Russian separatist regions of Donetsk and Luhansk, but it is actually a symbol by which Russian troops recognize each other so as not to perish in friendly fire.

There are several variations with the letters Z, inside a square, circle, star or just a letter. That helps soldiers to stick to their units – said Sergei Kuvikin for the Russian magazine page Life, BBC reports.

But the Z has become not only a symbol on the battlefield, but also in the public space of Russia in general. In recent days, it can be seen on cars, various promotional materials, billboards, it was also shown by Serbs at the protest in support of Belgrade …

Z seems to have become a symbol of Moscow’s war propaganda.

He is talked about on social networks. It also shows how much Russia has become part of the global world, he says Aglaja Snetkova Lecturer in International Politics in Slavic and Eastern European Studies at University College London.

– Often, the simplest things are caught up with propaganda the fastest. Z is a terrifying and very strong symbol. From an aesthetic perspective, it is very powerful – she said Emily Ferris research associate for Russia and Eurasia at the Royal United Services Institute in London.

A photo from Kazan in central Russia, where 60 seriously ill children and hospice employees formed a capital Z in front of their building, speaks volumes about how the symbol has spread to all pores of Russian society, under the influence of the government, which punishes the spreaders of “fake” news. Judge for yourself how appropriate this is.

Russian politician Marija Butina she posted a video explaining how to sew the letter Z on suits “so people can show it off at work to everyone around them without mentioning it”.

Russian proofreader Snetkov, on the other hand, says the symbol should not be considered fascist, like the Nazi swastika.

“There are some montages of those who turn the Z into a swastika, but these are people who are against the government,” she said.

In addition to the letter Z, the Russians in the war discourse also use the letter Latin V in the name “Za pacanoV” (for boys), “Sila V pravde” (strength in truth). Contrary to the version that Z would denote the west, the Ukrainian army believes that it is carried by Russian troops from the east, and V by naval infantry.